Milan Christopher Posts $10,000 After Armon Wiggins Says "You're Not Booked Or Busy" 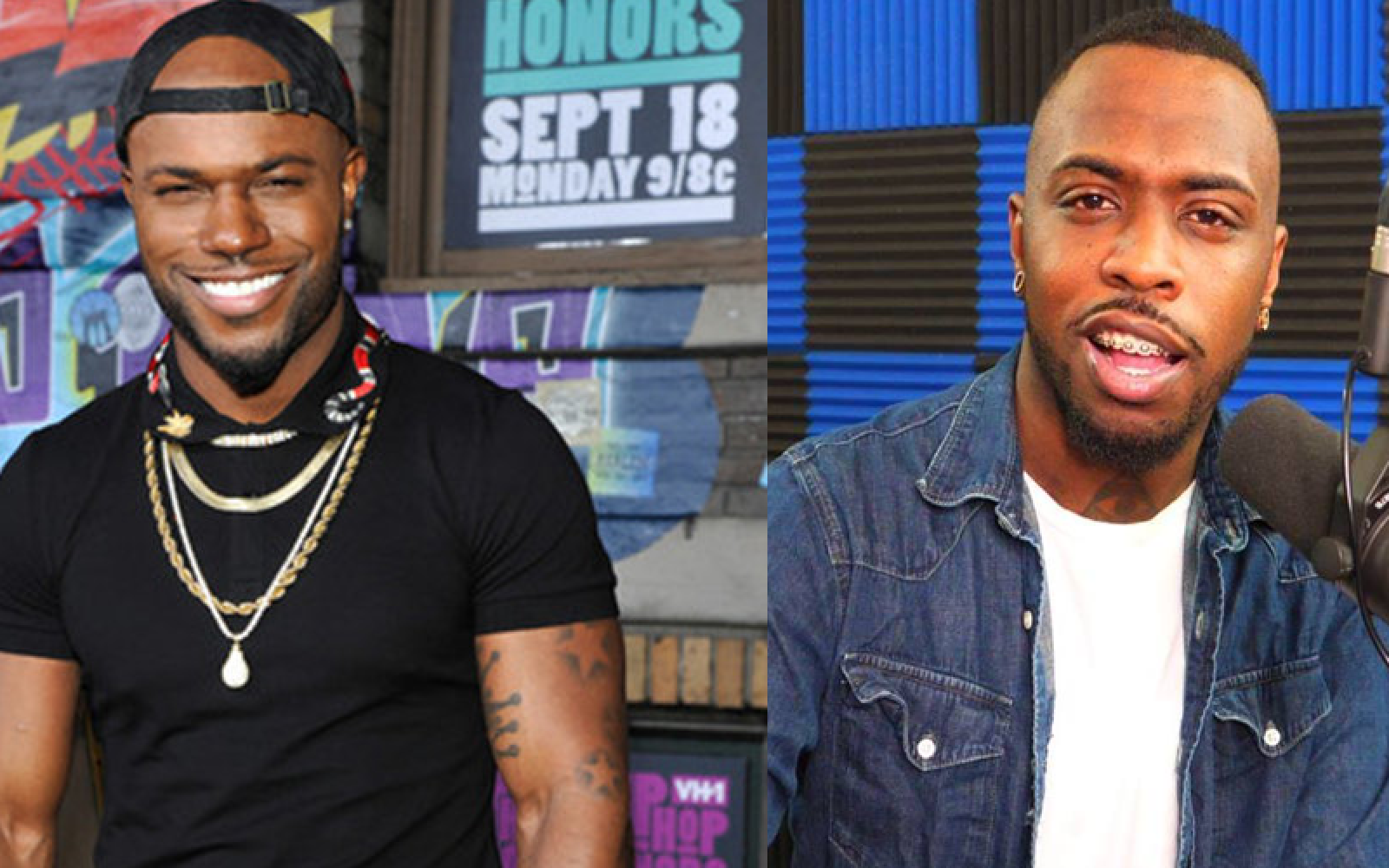 We know you all have to be tired about reading about Milan at this point because we're tired of posting about him...but its a slow news day.

Popular vlogger Armon Wiggins is calling out Milan Christopher after he poste his list of "accolades"  In his latest live stream of "The Armon Wiggins Show" Armon disputed that Jussie Smollett actually kept Milan from appearing on Empire, questioning what Milan would have actually done on Empire or what he does period.

He went on to state that people who are busy and booked don't have time to write 300 word Instagram posts.  Well this must have struck a nerve with Milan because he posted and deleted a picture of him saying or alluding that he had spent 10K on lunch and called Armon broke.  Now it doesn't appear to be 10K since the pic is distorted but whatever.  Not to be outdone, Armon posted screencaps from his live youtube stream where his viewers were dropping $100s in his donation box.

Will either release their tax returns before Trump? 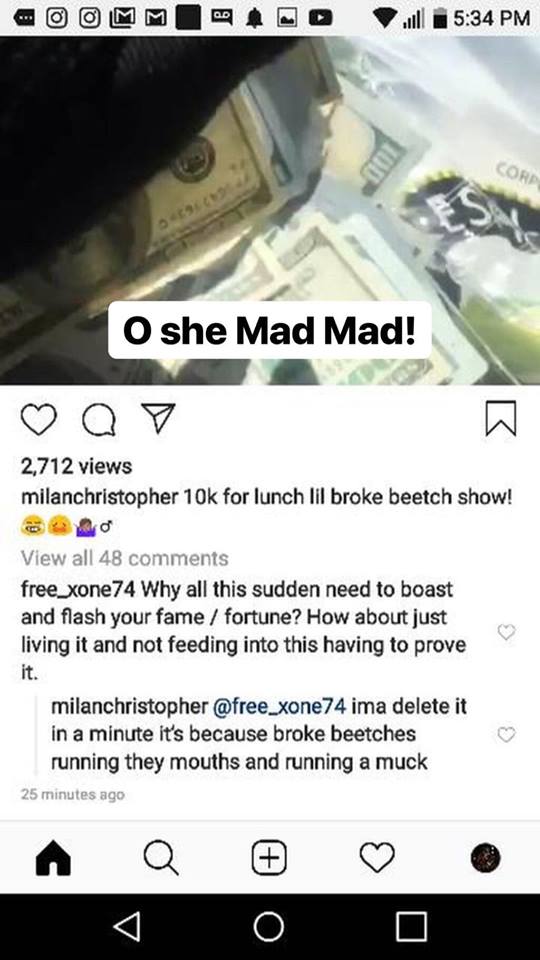 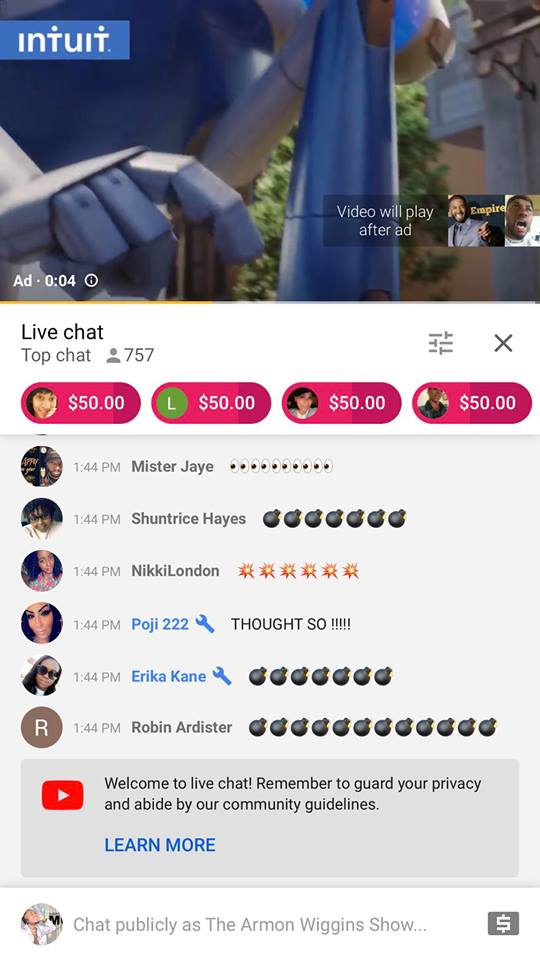 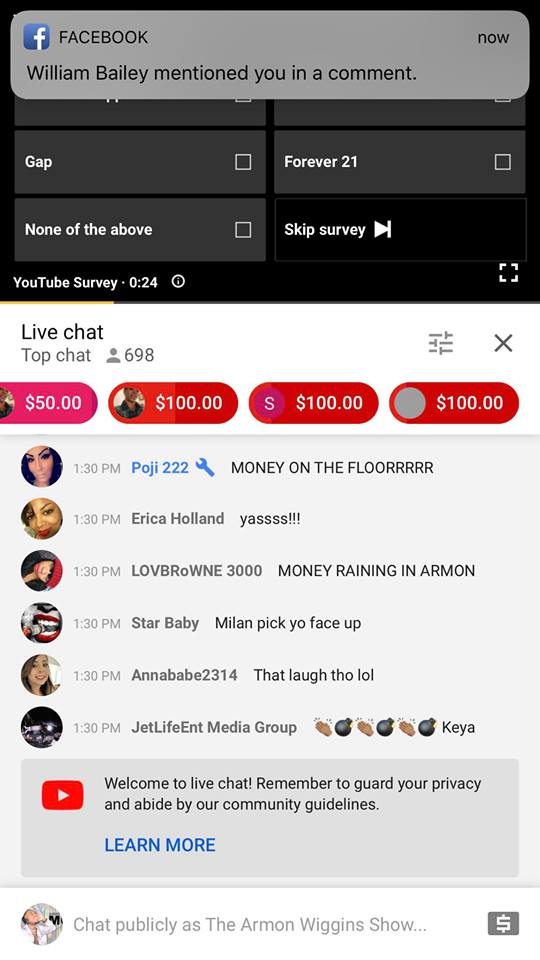