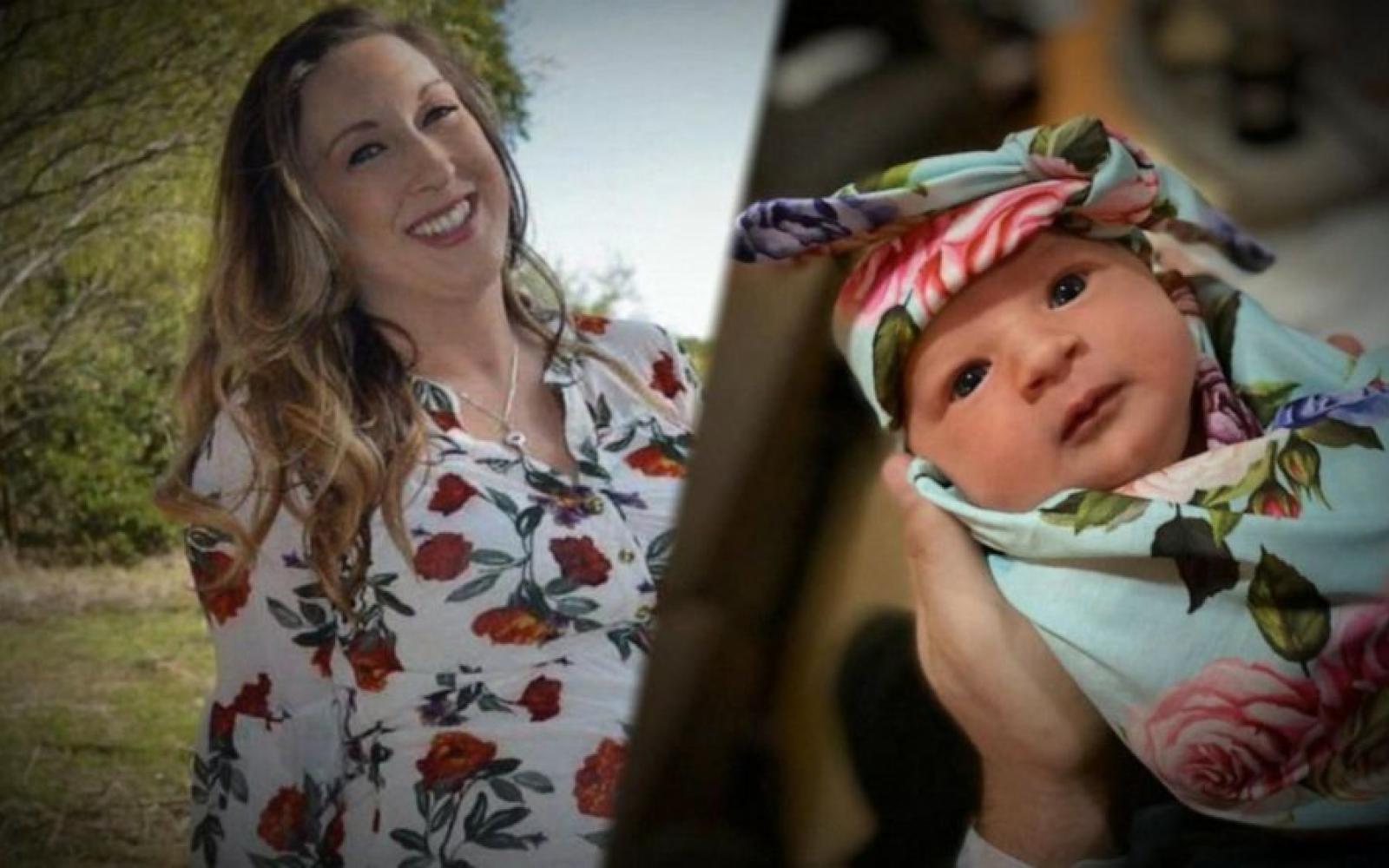 JERSEY VILLAGE, Texas — A body believed to be that of a missing Texas mother was found Thursday night near Houston, while her newborn has been discovered alive, a family member told NBC News.

Tammy Broussard said early Friday that police told her a body found in Jersey Village, Texas, is likely that of her daughter, Heidi Broussard, who has been missing for a week.

She added that police said the medical examiner still needed to officially confirm the identity of the body found in a car trunk. She said her granddaughter, Margot Carey, was found in a home in good condition, according to police.

Police have not publicly confirmed the details Tammy Broussard said she was told. They would not comment overnight.

Craig Cummings with the Texas Department of Public Safety earlier told NBC affiliate KPRC of Houston that investigators were at a home in Jersey Village, which is northwest of Houston, in connection with the missing mother and her infant. A close friend of Heidi Broussard lives at the home, other friends told NBC News.

The FBI also confirmed it was at the site, but a spokeswoman declined to comment further. Austin police did not immediately respond to requests for comment late Thursday.

Heidi Broussard, 33, and her child were last seen in Austin around 7:30 a.m. on Dec. 12, when she dropped off her 6-year-old son at an elementary school, police have said.

The Cy-Fair Volunteer Fire Department's public information officer, Lt. Daniel Arizpe, earlier said that a 1-month-old was found safe at the home in Jersey Village just before 11 p.m., but the identity of that infant was not released. Officials could be seen carrying a car seat to a vehicle Thursday night.

Arizpe said a call about a child, who was later taken to a hospital, came from Child Protective Services. He said the baby had no obvious injuries, but he did not provide any other details.

Jersey Village is a community of around 7,600 in Harris County, northwest of Houston. It was not immediately clear what led law enforcement officials to the home there or what connection the residence may have to the case.

Heidi Broussard’s boyfriend, Shane Carey, who is Margot's father, said earlier this week that her car was at the apartment in Austin the day she disappeared, but she wasn't there.

He said all of Heidi Broussard's belongings, including her identification and the baby's diaper bag, were still in the apartment.

Heidi Broussard's close friends told NBC News this week there is no chance she would have left of her own accord without her son.