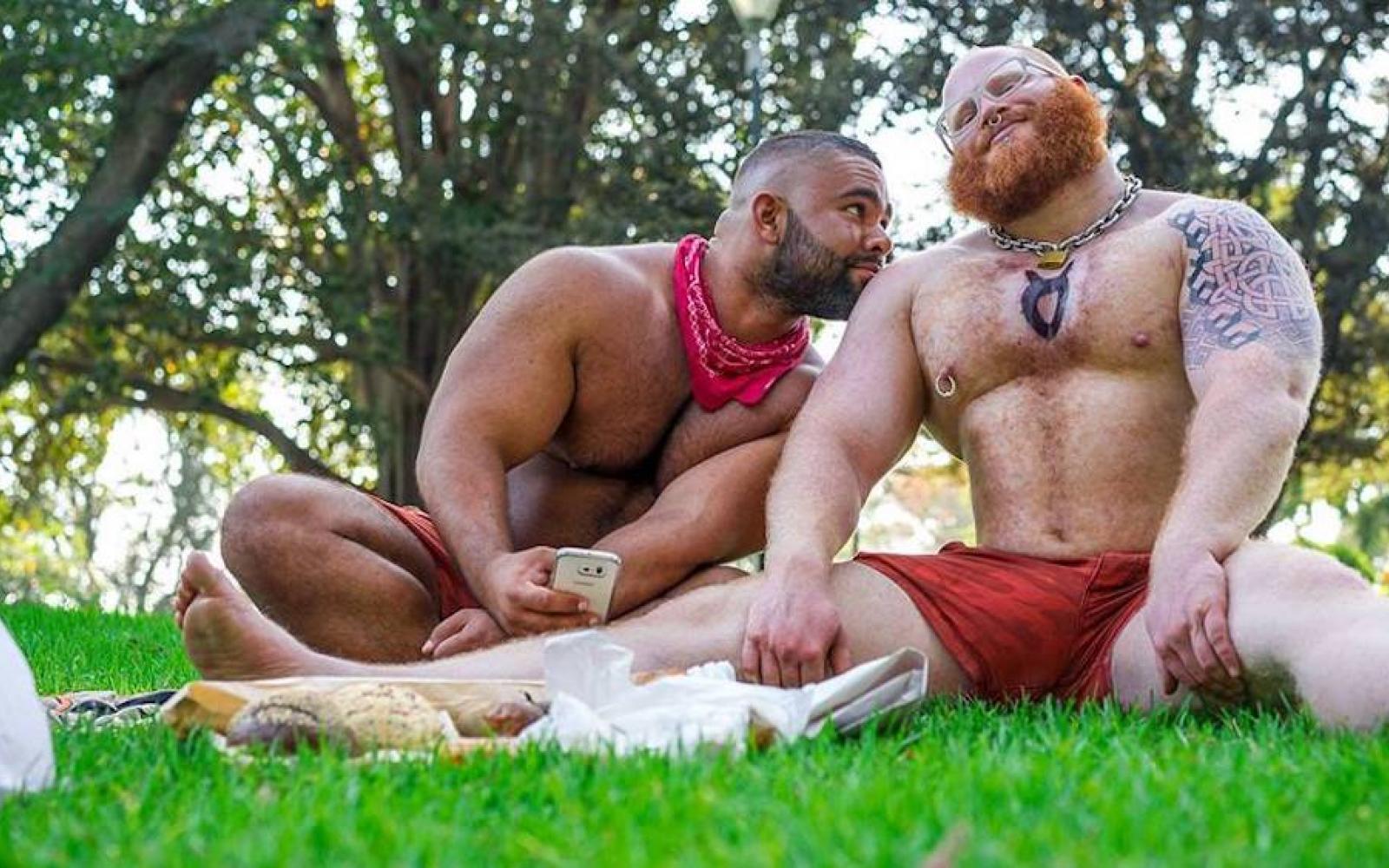 Via The Daily Beast: The mother of an Australian man killed by silicone injections to his penis and testicles has accused her son’s boyfriends of manipulating him into causing his own death.

“They robbed her of her right to be his mother,” said the Chapmans’ lawyer Joe Murphy.

Tank and Dylan ran popular Tumblr accounts chronicling their relationship and sexual exploits, and Tank’s death caused an uproar among their fans and online community. The five men had been living together in a polyamorous relationship in Seattle at the time of Tank’s death, with Dylan acting as the “master” and the others serving as his submissives, his “pups.” Tank and the other pups had agreed to follow Dylan’s orders as part of dating him.

The five men worked hard to make their bodies as large as possible, lifting weights for multiple hours a day and eating vast amounts. In pursuit of a sexual fetish for huge genitals, they would inject their penises and testicles with saline to temporarily enlarge them. They would later graduate to using silicone to permanently engorge their genitals. The latter procedure is both illegal and dangerous, and it proved lethal for Tank. He died of a pulmonary embolism induced by his injections in October 2018.

Dylan never notified Linda or Ben Chapman of Tank’s illness, hospitalization, or death, according to the complaint, and he presented himself as having legal authority over Tank’s remains, which were cremated. Tank spent a week in the hospital, part of it in a coma, but his mother would not learn of his fate until a week after his death, the complaint states.

In periods where the two had broken up, the complaint alleges, Tank himself had told friends that Dylan abused him both psychologically and physically, including subjecting him to “physical imprisonment.” Dylan sued Tank at one point for thousands of dollars, claiming his former partner owed him backdated rent and had not paid for silicone Dylan purchased, the complaint alleges. The legal action was yet another display of dominance and ownership, according to the complaint. Despite the talk of abuse and legal threats, Tank and Dylan would eventually get back together.

The Chapmans are also planning to accuse Dylan and the pups of a more traditional type of coercion: the forced alteration of a will. Three weeks before his death, Tank drew up a will leaving everything to Dylan, most notably $200,000 from Tank’s father. Linda Chapman previously said her son had always intended to leave the money to his autistic brother. In June, Dylan and the pups laid claim to the money in Australian court, according to Murphy, though they have not received it yet.

Charles Osborn, one of the pups, is named as executor of Tank’s will, which Chapman plans to challenge in court. A probate hearing on the matter has been set for next week, according to Murphy, and Osborn’s status as a defendant in a wrongful death case may render him ineligible to execute the will.

“Tank had wanted the money to go towards our home together, but without Tank it’s a reminder of what I’ve lost,” Dylan previously said.

Murphy said he and his client hope the suit holds Dylan and company accountable for Tank’s death and ensures the man she calls her son’s abuser doesn’t benefit from his death.

“We filed this suit to bring some closure and resolution. One of the most important parts to her will be discovery. She wants to know what happened,” Murphy said. “Why was she never called?”