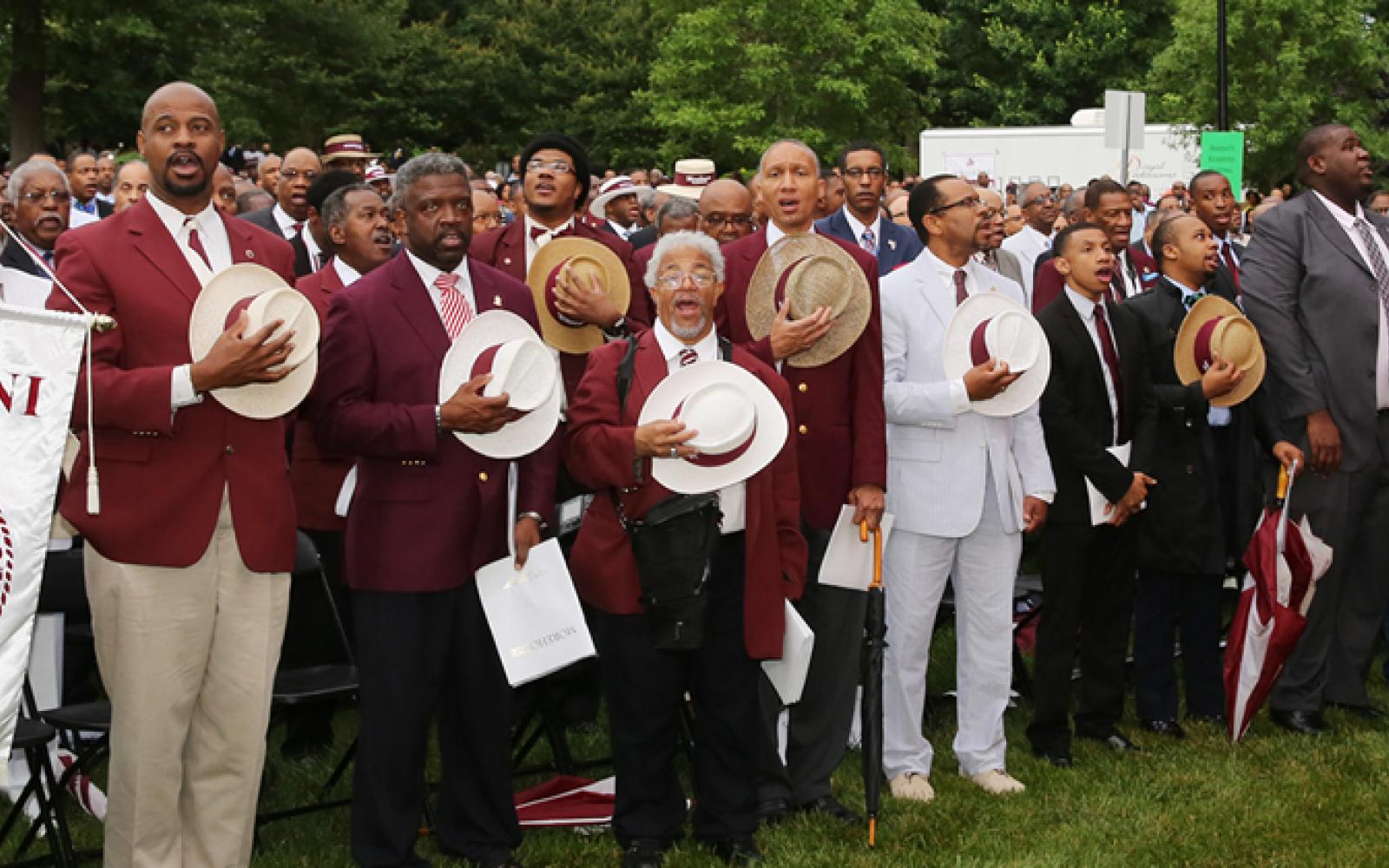 Morehouse College, a historically black all-men's school in Atlanta, will begin admitting transgender students who identify as men in 2020, according to a news release from the school.

The new policy, known as the Gender Identity Admissions and Matriculation Policy, applies to all students who enroll in the private college by the fall 2020 semester.

The announcement comes after Spelman College, a private historically black all-women's school in Atlanta, adopted a similar policy in 2017.

"In a rapidly changing world that includes a better understanding of gender identity, we're proud to expand our admissions policy to consider trans men who want to be part of an institution that has produced some of the greatest leaders in social justice, politics, business, and the arts for more than 150 years," said Terrance Dixon, Morehouse vice president for enrollment management. "The ratification of this policy affirms the College's commitment to develop men with disciplined minds who will lead lives of leadership and service."

Policy only allows for trans men to be admitted

"Morehouse College has been at the forefront of human rights issues for 152 years," Thomas said in a statement to CNN. "Today's vote to reaffirm our dedication to educating and developing men, including trans men, is an important step into one of the new frontiers of social justice — gender identity."

The policy also states that students who are admitted into Morehouse "are expected to self-identify as men throughout their education at Morehouse," the release states. Should a student transition from a man to a woman, the student would no longer be eligible to enroll at the school, the release states.

Trans women, or any person who identifies as a woman, will not be considered for admission into the school, the release says. Morehouse spokeswoman Aileen Dodd said students who identified as trans women before 2020 are eligible to graduate from Morehouse, but are not permitted to graduate from the school after 2020. A trans woman is a person who was born a man but transitioned to become a woman.

There will be a system in place to consider exemptions to the rule, with the Morehouse president having the final say, the release says.

There were differing views on the announcement. Titi Naomi Tukes, who graduated from Morehouse in 2017, is not a fan of the new policy.

"I unequivocally disapprove of it because it is exclusionary of trans women or gender non-conforming and non-binary students," said Tukes, who uses the pronouns they, them and theirs.

Tukes said when students go to college they usually don't know themselves and, over the course of their college career, can question their religion, sexuality or gender.

"In this case the college would expel students for something they have no control over," Tukes said. They added that the new policy will "embolden faculty, staff and administrators who already target and discriminate against transgender women and non-binary students."

Tatiana Rafael is one such student. A senior sociology major, Rafael identifies as a transsexual woman who began transitioning six months after she began attending Morehouse in 2017.

"Morehouse is missing a chance to be progressive and inclusive in that way," Rafael said.
She admits she doesn't feel welcome at Morehouse.

"I felt pretty marginalized and erased. I was never included in the image of the school. I was kind of just there by default," she said, adding she feels there's no place for a trans woman in the image of Morehouse.

Rafael did say, however, she sees the benefit of the new policy and what it can do for trans men.
"I think for trans men, it's going to be a great experience because they now have opportunity to attend one of the top schools for black men," she said.

Robert Brown, an alumnus who graduated in 1996, said he's excited to see the evolution of the policy.
"When I was at Morehouse it was much more homophobic and much more transphobic," he said. "It's great to see the school embrace a broader spectrum of students."

Brown said there's always been an LGBTQ population at Morehouse, but this new policy is taking "important steps to enfranchising this population, rather than pretending they don't exist."

Morehouse, which has an enrollment of 2,202, instituted a policy in 2009 banning its male students from wearing women's clothes, makeup or high heels in what was called the "Appropriate Attire Policy." The move was in response to five gay students who, said a school official at the time, weren't dressing the way Morehouse men are expected to dress.

In 2013, according to the school's newspaper The Maroon Tiger, Morehouse began offering a course on black LGBTQ history and culture.