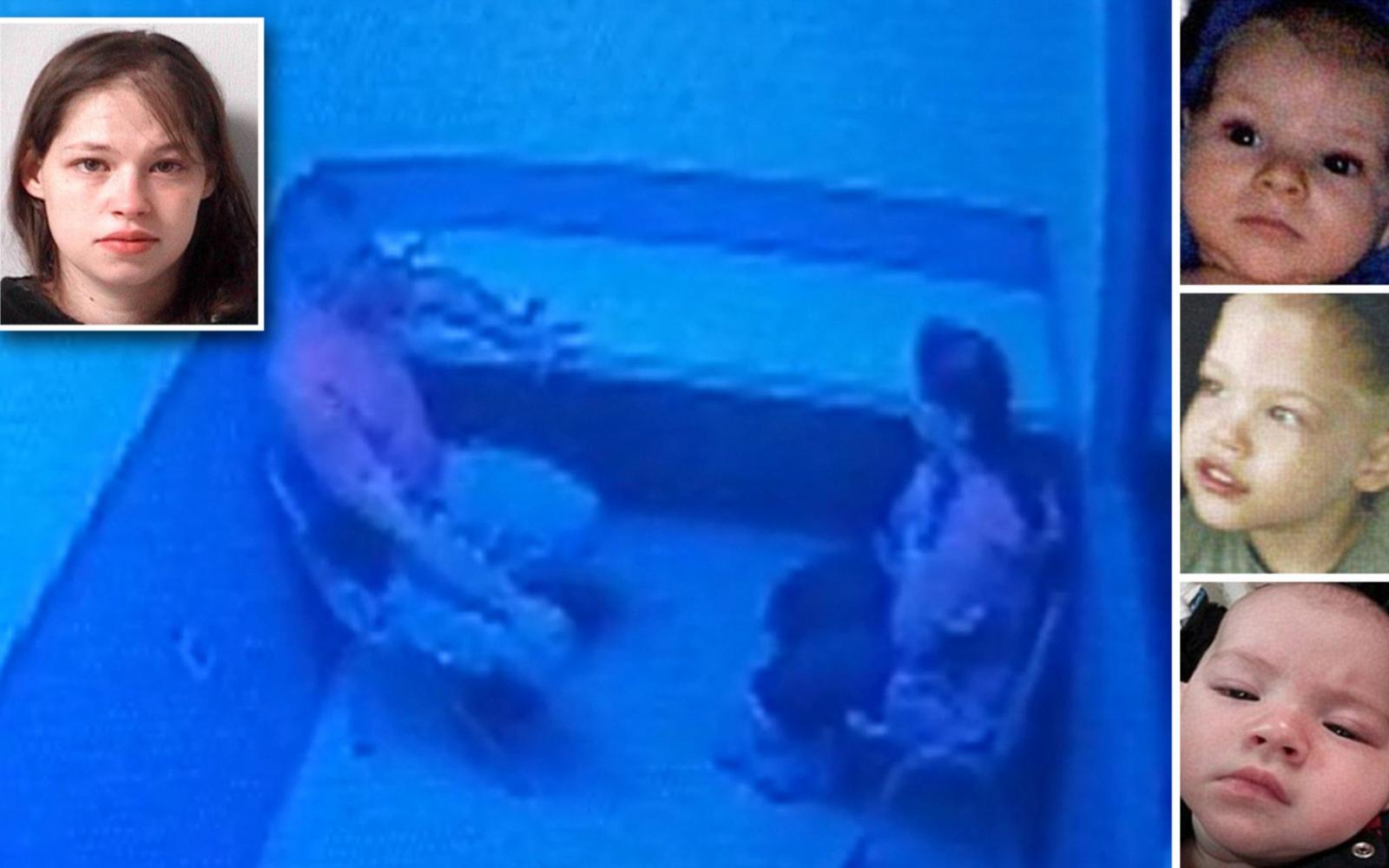 An Ohio woman has confessed on tape to murdering her three sons due to jealousy over her husband's seeming preference for the couple's children over her and their young daughter. A judge sentenced her to 37 years to life in prison on Tuesday.

Brittany Pilkington, 28, pleaded guilty to charges of involuntary manslaughter and murder, avoiding a trial scheduled for early next year. She confessed to smothering her three children, 3-month-old Niall, Gavin, 4, and infant Noah Pilkington with their own blankets over a thirteen month period, from July 2014 to August 2015.

A judge sentenced her to 15 years to life for each count of murder and an additional 7 years for each count of manslaughter, and threw out part of Pilkington's confession regarding Niall's death, due to inconsistent statements from Pilkington that she rolled over in bed and smothered the boy in his sleep.

Prosecutors had pursued the death penalty in early phases of the case, but Pilkington's plea took the motion off of the table.

Pilkington, who wept throughout her sentencing, had spent four years in jail awaiting trial. Her defense attorney, Kort Gatterdam, noted during the sentencing period that Pilkington suffered from lead poisoning as a child, as well as years of physical and sexual abuse, which had resulted in her brain being damaged. He cited tests conducted by her defense team as evidence.

"It doesn't excuse her conduct, but by God, it does explain it," Gatterdam told the court. He said that the findings—which showed her IQ at 78—meant that Pilkington did not have the ability to understand the magnitude of her confession or what she was confessing to.

"Brittany's brain is broken," he said, "and no one ever helped her."

Joe Pilkington, Brittany's ex-husband, was her mother's ex-boyfriend and helped raise Brittany. He impregnated Brittany while she was still a teenager, and they married. In 2016, Pilkington took his own plea deal after being charged with sexual battery. His sentence was bargained down to sexual imposition. He has been required to register as a sex offender for 15 years.

"Brittany loves and misses all of her children, and she grieves for them every day," attorney Tina McFall said.

Logan County prosecuting attorney Eric Stewart said he had tried to think of what Pilkington's deceased sons would have wanted him to say to the court. "I can't even imagine what they'd want me to say," he said.

David Grimes, Pilkington's brother-in-law, read a victim impact statement on behalf of his family. "Brittany has robbed us all of the chance to watch three beautiful boys grow up," he said.