A mother honored her son coming out as trans with an ‘it’s a boy’-themed photo shoot for his 20th birthday.

Heather Green from Louisville, Kentucky, shared photos of her family celebrating with her son, Adrian Brown, 20, on Facebook last week.

On the post, Heather said: ‘When your child comes out as trans, the best thing to do is create a photo shoot to celebrate the fact that he silently and bravely stepped out of the race that he never wanted to be in.’

‘You are without a doubt the most fascinating human I know and I will always be your biggest fan!’

Adrian celebrating coming out and his birthday in the best way possible | Photo: Facebook, Kara Davis

To celebrate his 20th Birthday this year, Adrian popped blue balloons and cheekily held an ‘it’s a boy’ sign.

While Heather even wore a faux baby bump to show she’s having another son.

Speaking to Gay Star News, Heather said she wanted to show it is, ‘perfectly acceptable to surround a transition with joy and love.

‘I wanted to celebrate just as I have celebrated many other milestones in his life.

‘After we had time to begin the transition and to become more comfortable with this new journey, I wanted to share this important moment with my friends.

‘When I suggested the idea [Adrian] lit up, laughed shyly, and said “Ok, it sounds like fun.”‘

Heather added: ‘It was such a special session because not only were we celebrating my trans son, we were empowering a young woman to create art that the world needed to see.’

Lucas was the first person Adrian came out to.

In a touching moment, Heather explained that her favorite moment between them was a ‘typical evening when the chore of taking the trash out was upon us.’

Lucas would usually take the trash out as it was ‘boy’s work’.

But after coming out, Lucas turned to Adrian with a ‘huge smile’ and said: ‘Come on bro! Let’s take out the trash, it’s boys work!’

People’s comments poured in to show their support for Heather and Adrian.

‘I wish more parents were as supportive and as open as you. The world would be a better place,’ another commented.

Looking back, Heather said: ‘I’ve had some great conversations and I hope that they will continue, no one should have to feel alone on this journey.’

Heather isn’t the first mother of a trans child to show her support.

She was inspired to write the book by her own son’s journey. 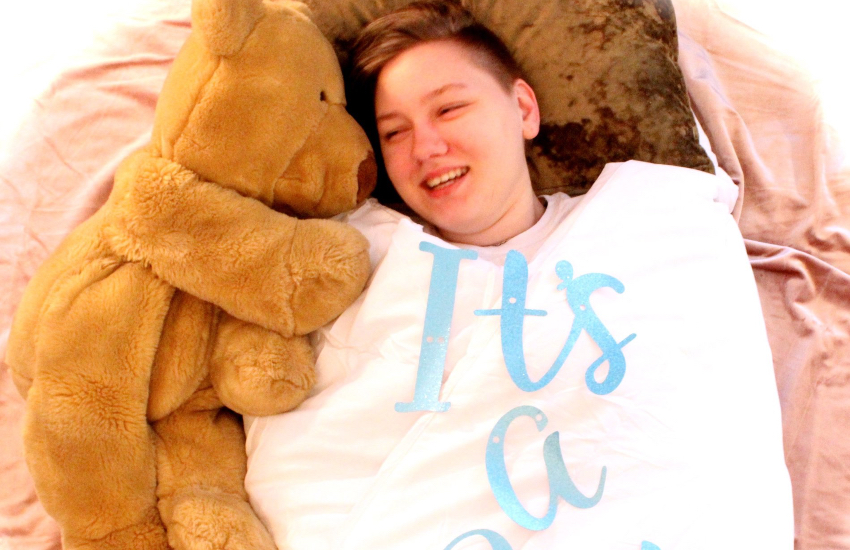