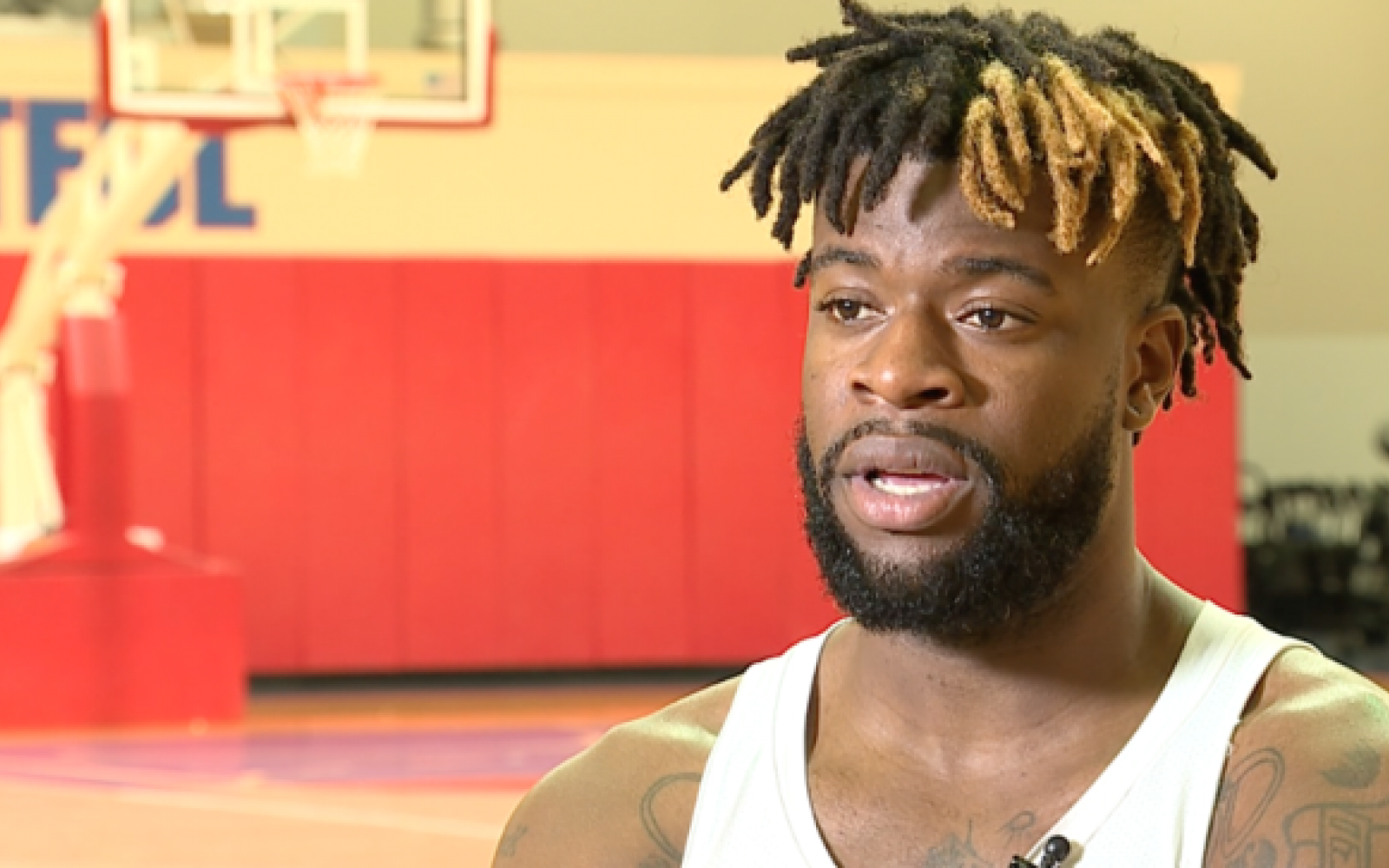 Detroit Piston Reggie Bullock has made LGBTQ equality a focal point of his life. Ever since his sister, Mia Henderson, was murdered in Baltimore in 2014, Bullock has struggled to make sense of the violence and understand the transgender community. Henderson was a trans woman.

Now Bullock is coming out of the shadows and making himself a champion of inclusion. He and the Pistons are working with national LGBTQ organization Glaad and other members of the community to build the conversation about inclusion in the NBA and beyond.

Bullock has even made a permanent commitment to the cause:

The tattoo on his calf has the letters “LGBTQ,” along with the name of his slain sister.

Earlier this year Bullock wore these shoes during a game against the Atlanta Hawks. He wrote the name of his sister on the sole of the shoes.

A man charged with Henderson’s death was acquitted by a jury two years ago.

It’s inspiring to see a professional athlete like Bullock make such a strong commitment to the LGBTQ community. Bullock has spoken out previously about the importance of love and acceptance of trans people. Sometimes he has done so with a lack of eloquence, yet his message hasn’t lacked acceptance and has consistently been about inclusion. His willingness to speak about this and talk about his fears of teammates finding out about his sister has opened the door to honest conversation.

Henderson’s murder was tragic, and far too common amongst trans women, particularly those of color. Bullock’s efforts will help build a culture in which people have more open minds and bigger hearts for other trans women.

Bullock has played in the NBA since being drafted by the Los Angeles Clippers in 2013.