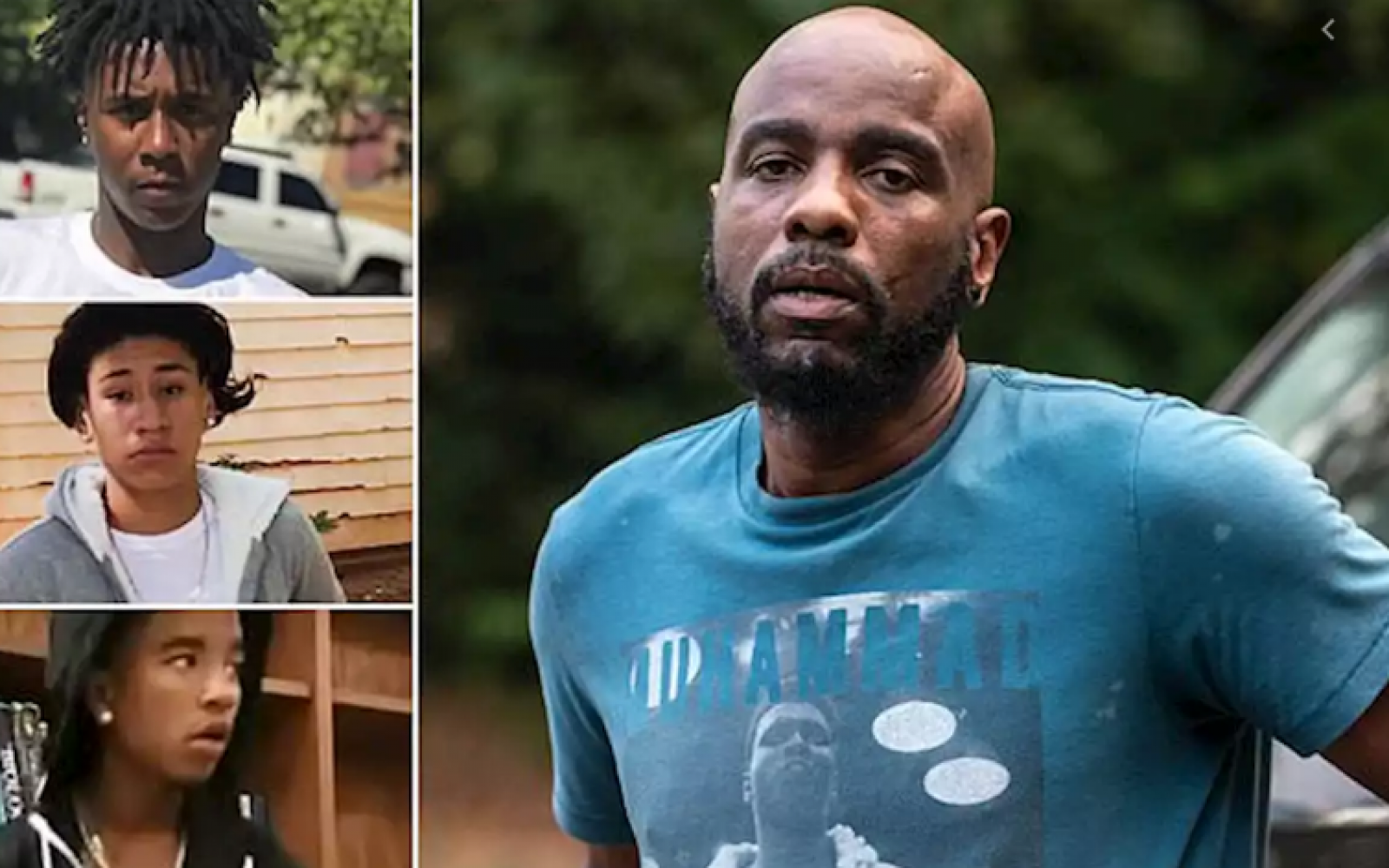 A Georgia homeowner shot and killed three teens as they approached his residence with their faces covered, authorities said.

The masked teens -- a 15-year-old and two 16-year-olds -- approached three residents around 4 a.m. Monday at the front yard of a home just outside Conyers and tried to rob them, the Rockdale County Sheriff's Office said.

One of the would-be robbers took out a gun and fired shots at them before one of the residents returned fire, authorities said.
"The victims of the attempted robbery were all uninjured, but the three attempted robbery suspects were all shot during the exchange of gunfire and succumbed to their injuries, one on scene and two at a local hospital after being transported," the sheriff's department said in a news release.

Two of the three teenagers killed Monday during what authorities have described as an attempted armed robbery were brothers, their relatives have revealed.

Isaiah Reid, 16, and Jaime Hernandez, 15, were wearing masks when the homeowner in Conyers opened fire on the siblings and Brandon Gresham after being shot at, according to police.

Neighbor Jenkins, who is acting as a spokesman for the shooter said he 'acted on instinct'.

He also revealed how, after hearing shots, said he held one of the boys, as the teen repeatedly told him: 'I’m dying.'

Jenkins said: 'I told him that he wasn’t going to die, and he died.'

Eyewitness Carlos Watson said: 'It was five shots and then it sounded like a handgun. Then I heard somebody have an assault rifle. And it was a slew of shots that came out.'

'I hope that someone can come forward and let us know what's going on, because this is, like, devastating to my family,' Reid and Hernandez's aunt, LaShawn Thornton, told 11 Alive. 'There are three teens that are dead, now. And we all loved them.'

An investigation is underway, and this could be a "stand-your-ground type of case," Rockdale County Sheriff Eric Levett said Monday, referring to one component of Georgia's self-defense laws.

Georgia's self-defense laws say that someone generally can use deadly force if he or she reasonably believes it is necessary to "prevent death or great bodily injury to himself or herself or a third person or to prevent the commission of a forcible felony." There are exceptions, including that the defender cannot have provoked the attack.

Georgia law also says anyone lawfully using force in self-defense does not have to retreat first, but rather has "the right to stand his or her ground and use force."

Georgia is one of at least 25 states that say defenders don't have to retreat from an attacker in a place where they're lawfully present, according to the National Conference of State Legislatures.

At least 10 of those states, including Georgia, have self-defense laws specifically saying a person may "stand his or her ground," the conference says.