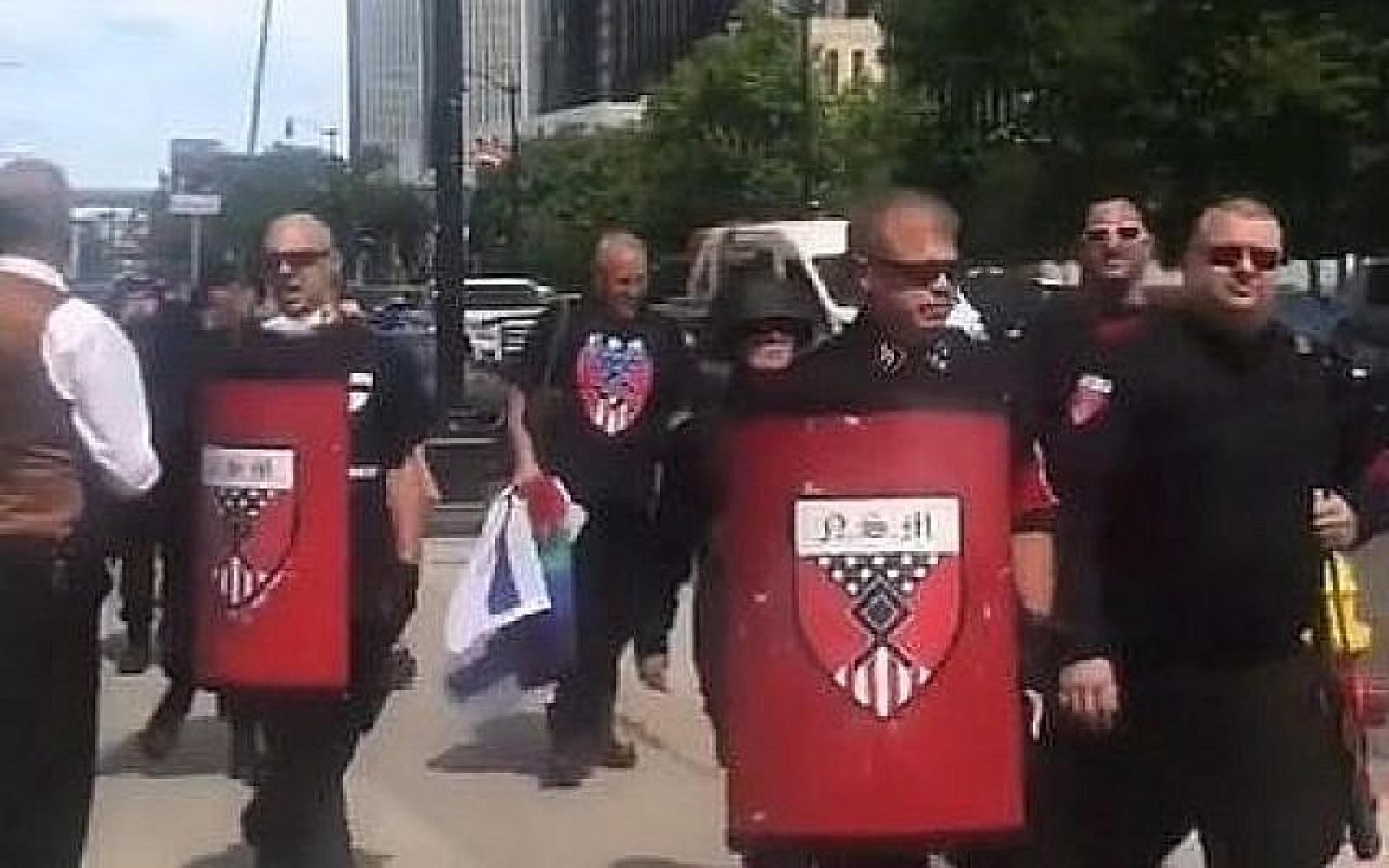 Separate LGBT+ pride marches in the US were disrupted on Saturday, one by a stampede triggered over fears of a shooting and another by one of America’s biggest neo-Nazi groups.

In Washington DC, seven people were taken to hospital after fears of a potential gunman at the pride event sparked panic.

Hundreds of people were gathered at the Dupont Circle for the parade when people started running after hearing what they thought was a gunshot.

"As the officers were going to the scene, there was a crowd of people going away from it and some of the individuals in the crowd said there was a man with a gun and that someone had fired a shot," said Guillermo Rivera, a commander with the Metropolitan Police Department.

A man was taken into custody and is facing a gun possession charge, he said.

Mayor Muriel Bowser tweeted that she had been briefed by police and there were "no shots fired".

Elizabeth Hernandez, 19, was among those celebrating in the city when she said she heard "pop, pop" and suddenly barricades were being thrown over and a crowd of people starting running frantically from the area.

"Everything fell and everyone said 'Run!"' said Ms Hernandez, of Falls Church, Virginia.

Photos from the event, which was attended by thousands of LGBT+ supporters, showed a group of around 10 neo-Nazis marching surrounded by police officers.

Dressed in black with a number carrying firearms and shields, the NSM marchers tore apart pride flags and pushed over at least one counter-demonstrator.

“Literally f****** Nazis are at Motor City Pride right now, please be safe out there y’all,” one user tweeted on Saturday afternoon. “Even if they deserve it, do not engage. Our safety at our Pride is the most important thing.”

Meanwhile, in Poland, central and eastern Europe’s biggest pride parade went ahead without major incident, despite rising tensions in the country over the rights of LGBT+ people.

Tens of thousands of people, accompanied by diplomats from the US, Canada and other western countries, took to the streets of Warsaw on Saturday at a time when the Polish government is depicting the LGBT+ community as a threat.

In a first, the Polish capital's mayor also participated. Opening the parade, Warsaw mayor Rafal Trzaskowski noted it is now common for cities across Europe to support pride marches.

"Not everyone has to go to the Equality Parade but everyone should respect minority rights," Mr Trzaskowski told the crowd from a parade float. "It's really important for me that Warsaw be open, that Warsaw be tolerant."