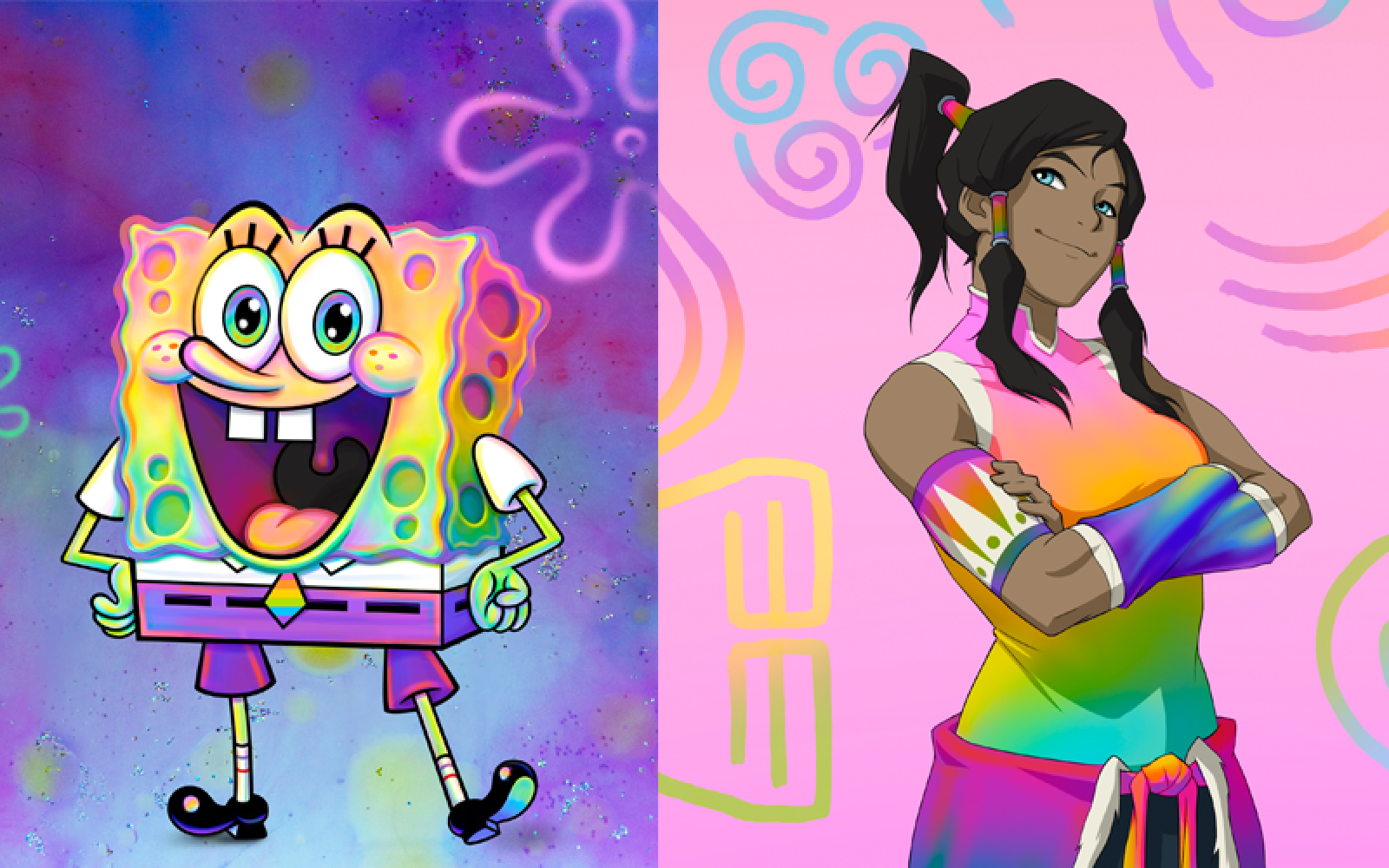 Telling us something we all already knew.  Nickelodeon officially made the reveal Saturday in a tweet celebrating Pride month (June), and attaching photos of three of their canon characters as a clear indicator that they're all part of the LGBTQ+ community ... but without actually saying it outright.

The studio writes, "Celebrating #Pride with the LGBTQ+ community and their allies this month and every month .⁣" All of the characters -- which include Sponge, Schwoz Schwartz from 'Henry Danger,' and Korra from the 'Avatar' spin-off show 'Legend of Korra' -- are featured in a rainbow color background, further signaling they are, in fact, part of the community.

Fans have known for a while Korra was gay/bisexual -- as it was revealed in the show itself and actually written into the script. Again, not so much with words ... but just action. In the final episode she actually shares a kiss with another female character.

As for Schwoz, the actor who plays him -- Michael D. Cohen -- is a transgender man in real life ... something that wasn't revealed until recently. He transitioned decades ago. Now, when it comes to the Krusty Krab fry cook ... well, let's just say folks had their suspicions for a long time now.

Nickelodeon AND the series creator Stephen Hillenburg came out firmly in the early 2000s and explicitly said Spongebob was NOT gay ... but asexual.