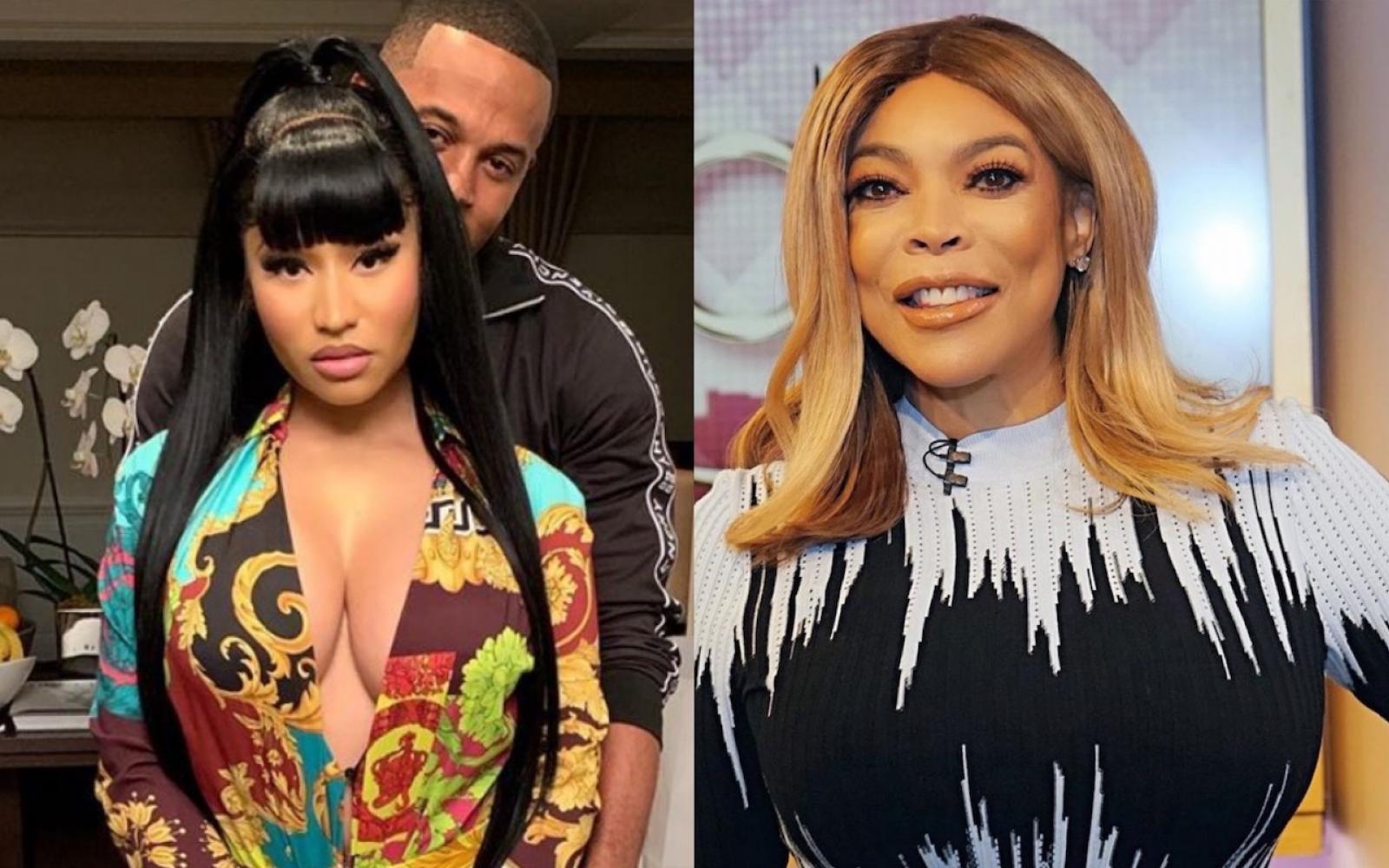 Nicki Minaj is not here for Wendy Williams comments about her husband or her marriage. The newly married rapper came to husband Kenneth Petty's defense on Friday's episode of Queen Radio, where she devoted quite a bit of time to slamming Wendy Williams over the recent comments she made about Kenneth.

For those not up to speed on the talk show host's latest round of "Hot Topics," Wendy openly mocked Nicki's relationship with Kenneth, who she described as a "killer" and a "sex offender." Kenneth's past criminal history is a point of concern for some of the Barbz (and clearly Wendy), but Nicki has since made it abundantly clear that she's not afraid to retaliate by using her haters' dirty laundry as a weapon.

On Queen Radio, Nicki called Wendy "demonic" and "vicious" while weighing in on her scandalous split from Kevin Hunter.

Nicki then addressed rumors that Kevin was unfaithful to Wendy and even welcomed a baby with another woman during their marriage.

Needless to say, she didn't hold back.

"When a women isn't really being loved at home, the viciousness is a different type," Nicki said. "So I really wanted to pray for you today, because look at where you are now in your life. Look at what age you are. You're sat up there being vicious all this time, and paid for that man's mistress all these years. You paid for her shopping sprees, you paid for her hotels, you probably even paid for her GYN bills, you paid to have that baby delivered, hoe."

"How you doin', stupid?" she added, making light of Wendy's signature catchphrase. And no, it didn't end there.

Nicki concluded the rant by saying, "I know we're human first, we're human before we're celebrities, we're human before we're personas. And I know you must have gone through a lot. But you are demonic, and that's why this stuff unfolded. If I were you, I would go and pray, ask for forgiveness. You can report the news—people do it all the time—without the level of viciousness and trying to play dumb and doing all this nonsense.