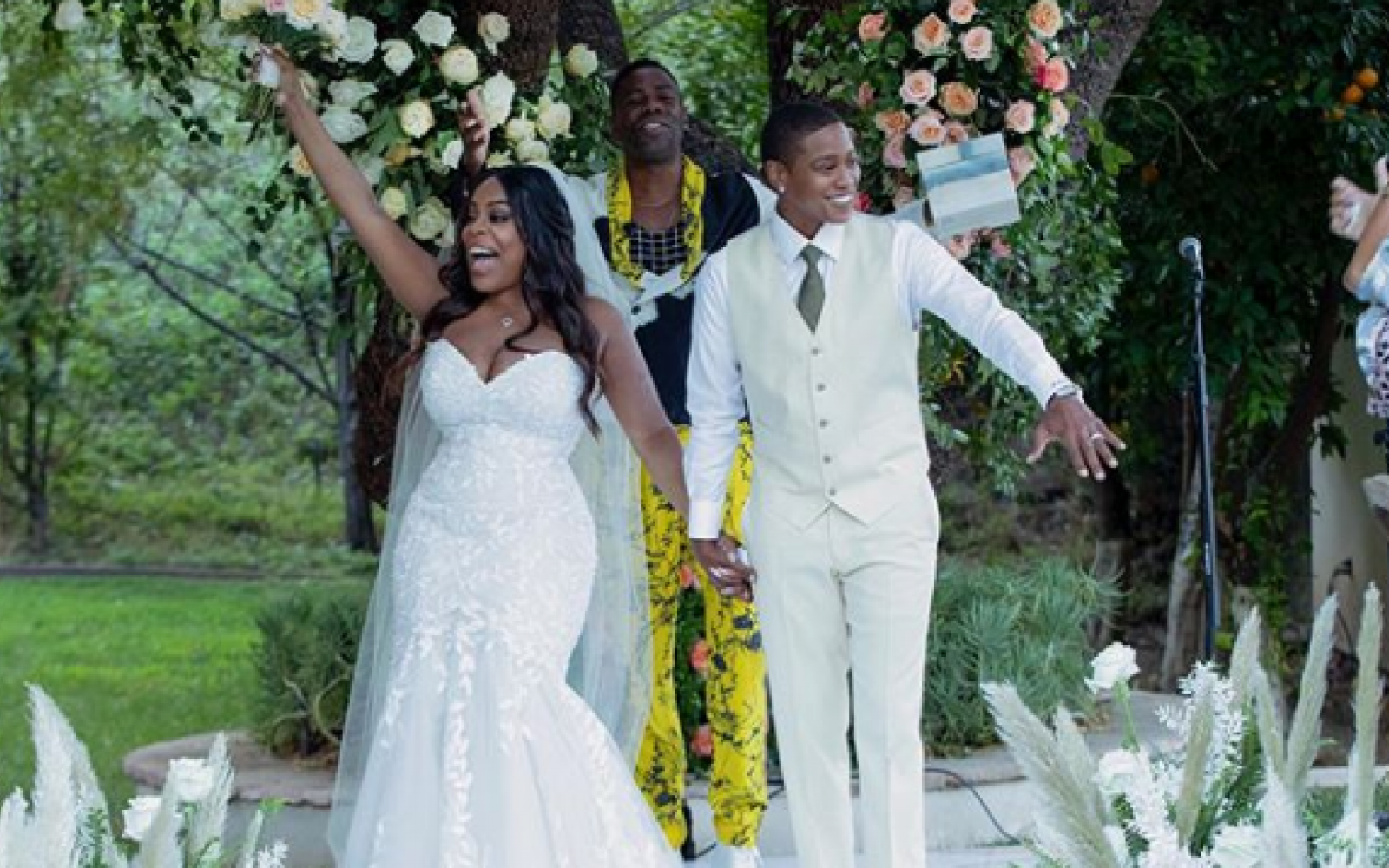 Niecy Nash is a married woman once again, but this time she's found herself a wife.  In a photo posted to instragram she writes:

Niecy who has been married twice before, to our knowledge has never hinted at her sexuality.

Jessica Betts, who is originally from Chicago is an inspirational Rock & Soul Singer/ Songwriter who now resides in NYC. She cites some of her influences as the classic works of Aretha Franklin, Sam Cooke, Whitney Houston, Lauryn Hill, Kim Burrell, Tracy Chapman and many more, Jessica is looking to share her artistry with the masses and keep true music alive. Jessica is currently promoting her #LLcoolJess mix EP released in June 2014.

In 2011, Jessica was inducted into the showcase of BET Music Matters artists. She most recently closed the BET Honors pre- show in February of 2014 and opened the Mid-Atlantic 'Rebellious Soul' tour in 2013. In 2005, Jessica was crowned the winner of Missy Elliott's: Road to Stardom reality TV show. Since winning the hearts and admiration of judges such as Teena Marie, Dallas Austin, Madonna, and Jermain Dupri- Jessica has grown artistically by incorporating her guitar skills to her dynamic image and brand.

Though the two never formally showed they were dating they did drop hints through their instagram posts dating back to 2018 when Jessica posted a video of her and Niecy, on the set of Claws where Neicy was ironically wearing a wedding dress.

Niecy is currently filming season 4 of Claws and recently wrapped the reboot of Reno 911.

I want to give a special shout to @niecynash1 👽 This woman of God, I’m honored and blessed in her presence. She’s anointed and appointed. She singin my tune, 🤣 #CatchMe Link in bio 👽 Thanks Cora! This is for YOU❤️🙌🏾 #ClawsTNT #bettsofbothworlds #seasonfinale #waitforit😂