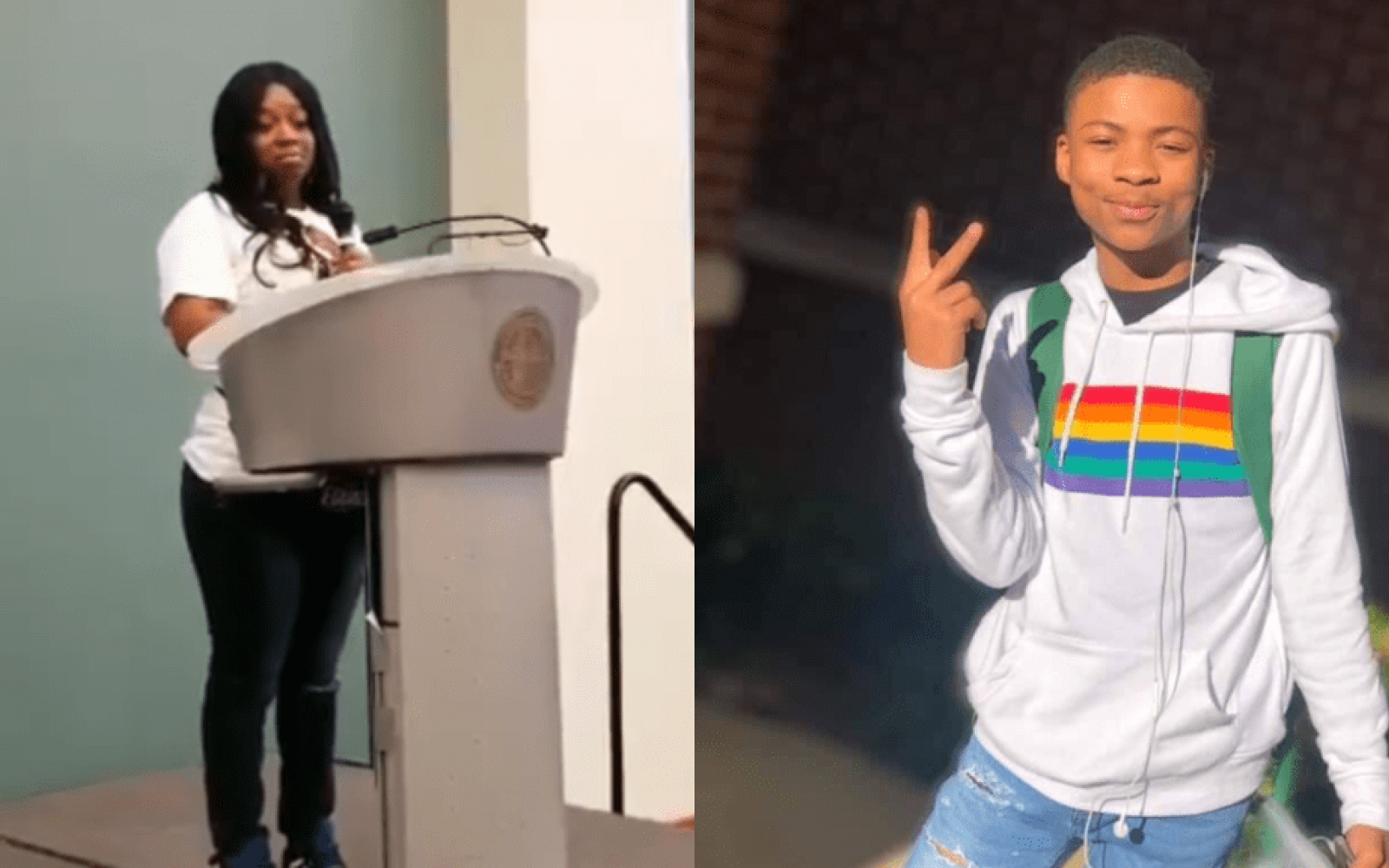 A woman who lost her child to anti-gay bullying is doing her best to prevent other mothers from experiencing the same tragedy.

This past April, Camika Shelby was met with a terrible fate. Her 15-year-old son Nigel had committed suicide after being the target of anti-gay bullying. In the months since then, she has worked as an advocate against bullying and in support of LGBTQ youth.

According to The New York Daily News, the latest effort by Shelby in this initiative was speaking to LGBTQ youth of color in Birmingham, Alabama. Shelby was the main speaker at the Christmas event supporting LGBTQ youth. While there, Shelby gave an emotional speech about her late son and the value of life.

“Don’t let people tear you down for who you are,” she said. “God knows who you are, and he makes no mistakes. Growing up, it was hard for him,” she said. “People didn’t really accept him, but I always knew who my baby was.”

Camika Shelby then elaborated more on the importance of finding people who love and support you. Even if that’s outside of the household.

“Sometimes family can be your own worst enemy. If they don’t love you for who you are, they don’t deserve you,” she said.

As she said in a recent interview with Al.com, Shelby is now focusing on making something good out of her son’s death. She is spreading a message of love and acceptance in the name of Nigel. That way, he won’t be remembered as the boy who committed suicide but the boy whose tragedy helped to change the world.