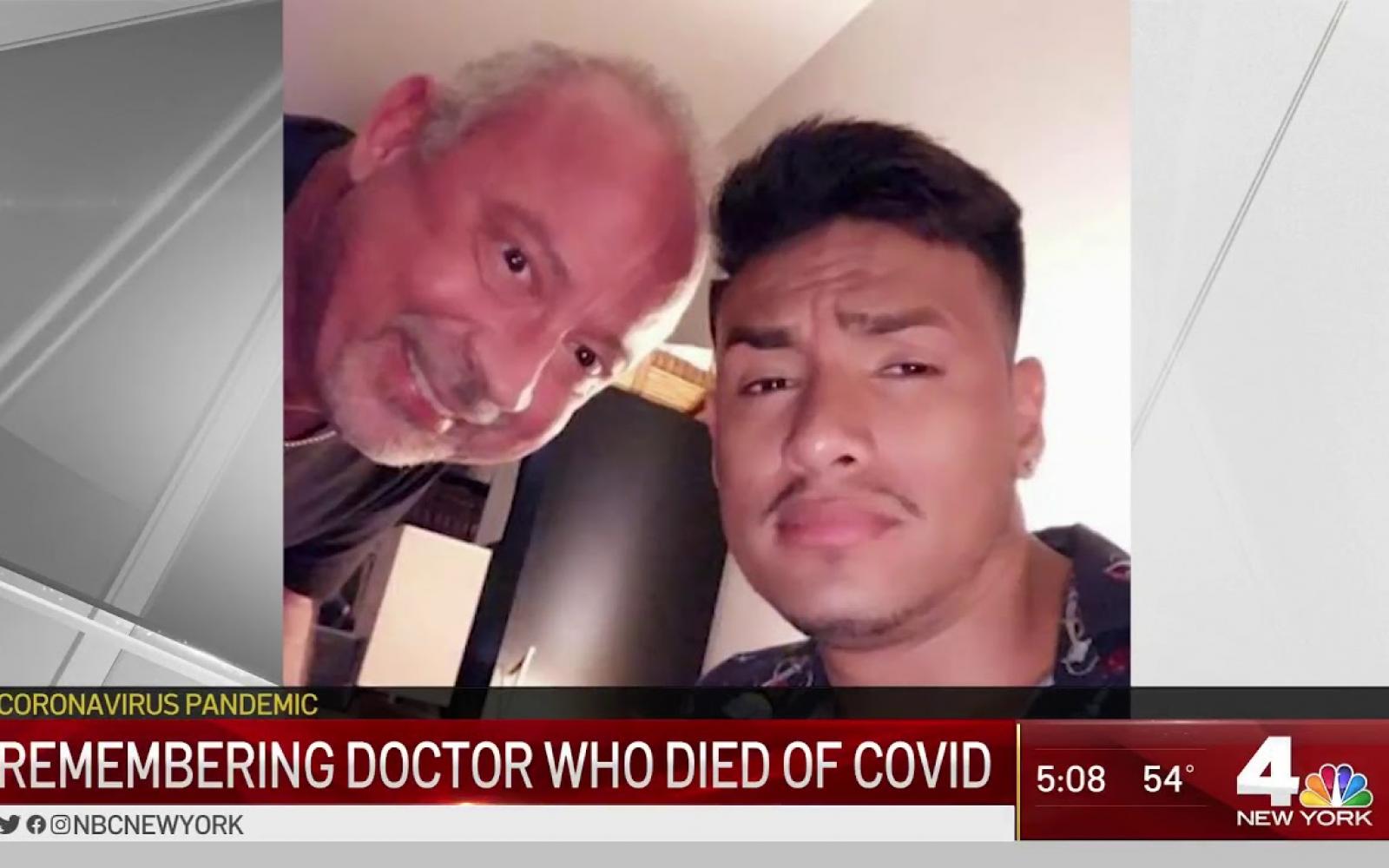 An ER doctor and two-time cancer survivor has died in his husband’s arms in their Harlem apartment — just days after he started to notice coronavirus symptoms, the grieving man told The Post on Wednesday.

“He was an amazing doctor. He loved to take care of people. He was an angel,” Arnold Vargas, 28, said about his husband, Dr. Frank Gabrin, 60, an ER physician at East Orange General Hospital in New Jersey who died Tuesdsay.

“Yesterday morning he just told me, ‘I can’t breath,’” Vargas said tearfully in a phone interview from his Harlem apartment. “I tried to do everything to save him. He died in my arms.”

A longtime friend told The Post that Gabrin told her he thought he caught the deadly bug from having to use the same face mask for an entire week.

“He had one medical kit — including the face mask — for a whole week,” creative strategist Debra Vasalech Lyons, 55, said.

“He had one pair of gloves. They ran out of the large and extra-large gloves and Frank had to try to wear a size medium. Every time he put them on they ripped. They ran out of soap,” she said.

“When he got sick he told me, ‘I know exactly when I got sick. It’s when I had to reuse my mask,'” added Lyons, who said Gabrin also worked at St. John’s Hospital in Queens.

Gabrin, who began experiencing chest pain and other symptoms on March 25, woke up Tuesday complaining that he couldn’t breathe, Vargas said.

As his condition deteriorated, Vargas said he called the NYPD about 10:30 a.m. and was transferred to another department. By the time paramedics arrived 30 minutes later, it was too late.

“I told him help was coming. But nobody helped me in that moment,” Vargas said.

Lyons said she was on the phone with Vargas as he desperately tried to keep his husband alive. She said the paramedics spent about an hour trying to revive him.

“Arnold was trying to keep him breathing … It was just terrible,” she said.

Gabrin had not been tested for the coronavirus, Vargas told NJ.com , adding that as a health care professional, they were quite certain he was infected.

The doctor thought he had the illness under control and would recover at home, his husband of about a year said.

“He told me, ‘I can handle this. I survived cancer and this is just the coronavirus,’” Vargas told the news outlet.

Meanwhile, Vargas said he has developed mild symptoms of the illness and is in quarantine.