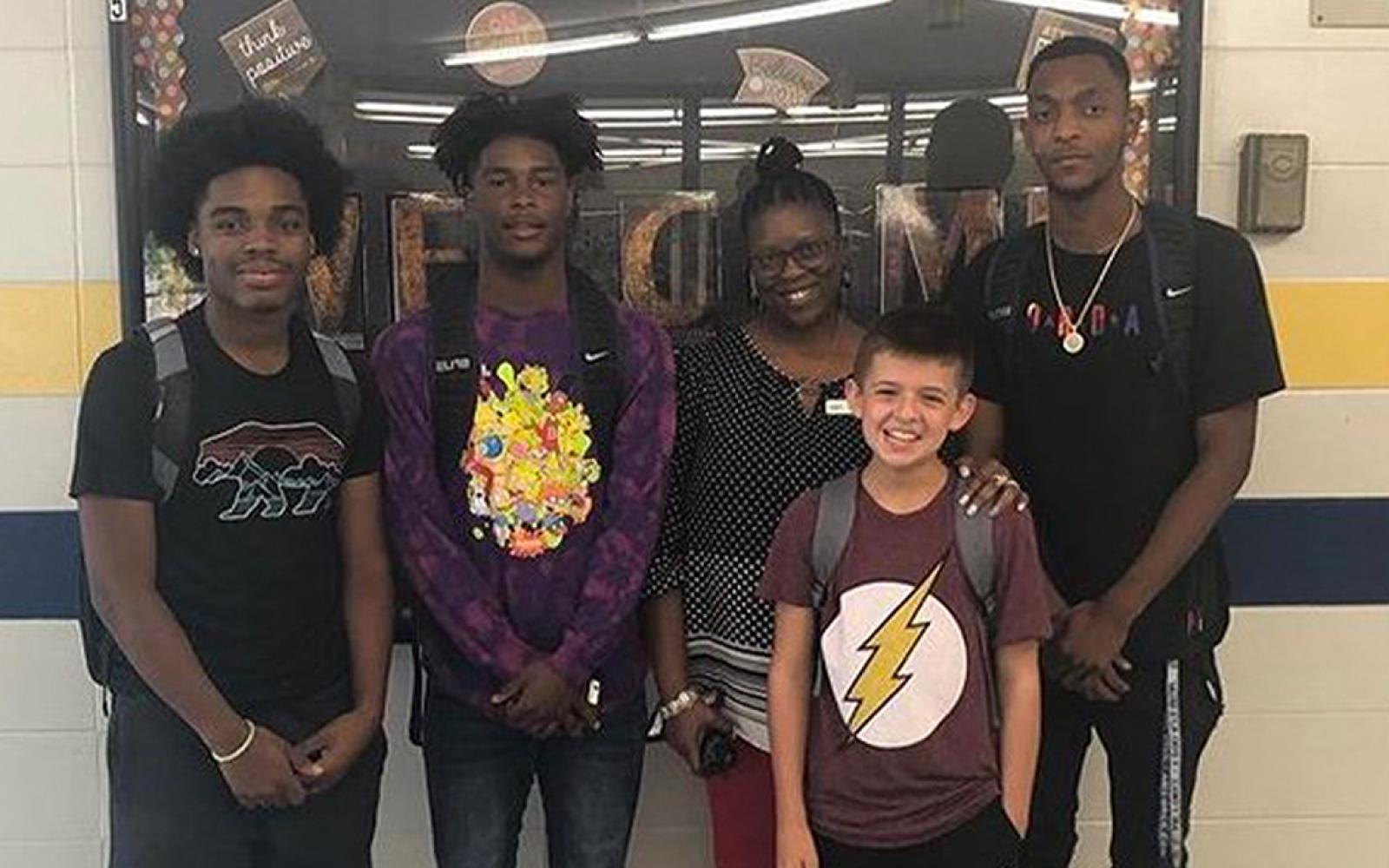 A heartwarming moment went viral on social media when a high school freshman’s older sister tweeted out a call to action hoping to make her younger brother feel more welcomed — which is when a group of upperclassmen stepped in.

“Nobody will eat lunch with me,” were the words Caleb Wrenn texted his older sister Leah when she asked about his first day as a freshman at Reidsville High School in North Carolina.

“I sat alone at lunch and got lost three times,” he added. He wasn’t having a good first day.

Looking out for her younger brother, Leah took a screenshot of the conversation and posted it to her Twitter where it quickly went viral, gaining more than 80,000 likes.

“Retweet to let my baby brother know that he is cool before I have to pull up to RHS,” she wrote.

After the tweet blew up on social media, some upperclassmen took notice and decided to show Caleb what it means to be a true friend.

Student athletes from the school’s football team surprised Caleb and had lunch with him in the cafeteria, getting to know him and making him feel welcomed in the new and intimidating environment

The football team’s Twitter account then posted a photo of some of the players posing with Caleb, saying that he felt out of place and thought that no one wanted to eat with him because of his height.

“As you can see, several football players stepped up and invited him to eat with them. Proud.”

Not only did the student athletes join him for lunch to make him feel right at home, many of them even requested to change their lunch times so that they could continue to spend time with Caleb, according to WFMY.

People were so moved by the whole interaction that someone apparently bought Caleb a pair of Nike Lebrons because of his sister’s Twitter post.

“Somebody bought me lebrons because of Leah’s post and to show that people care about me,” wrote Caleb.

Caleb went on to continue to spread the positivity on his Twitter account, saying, “honestly to all the people who pick on others I just wanna say you may have been led down the wrong path but it’s never too late to turn back and just love everyone because that’s why god created us to love each other.”