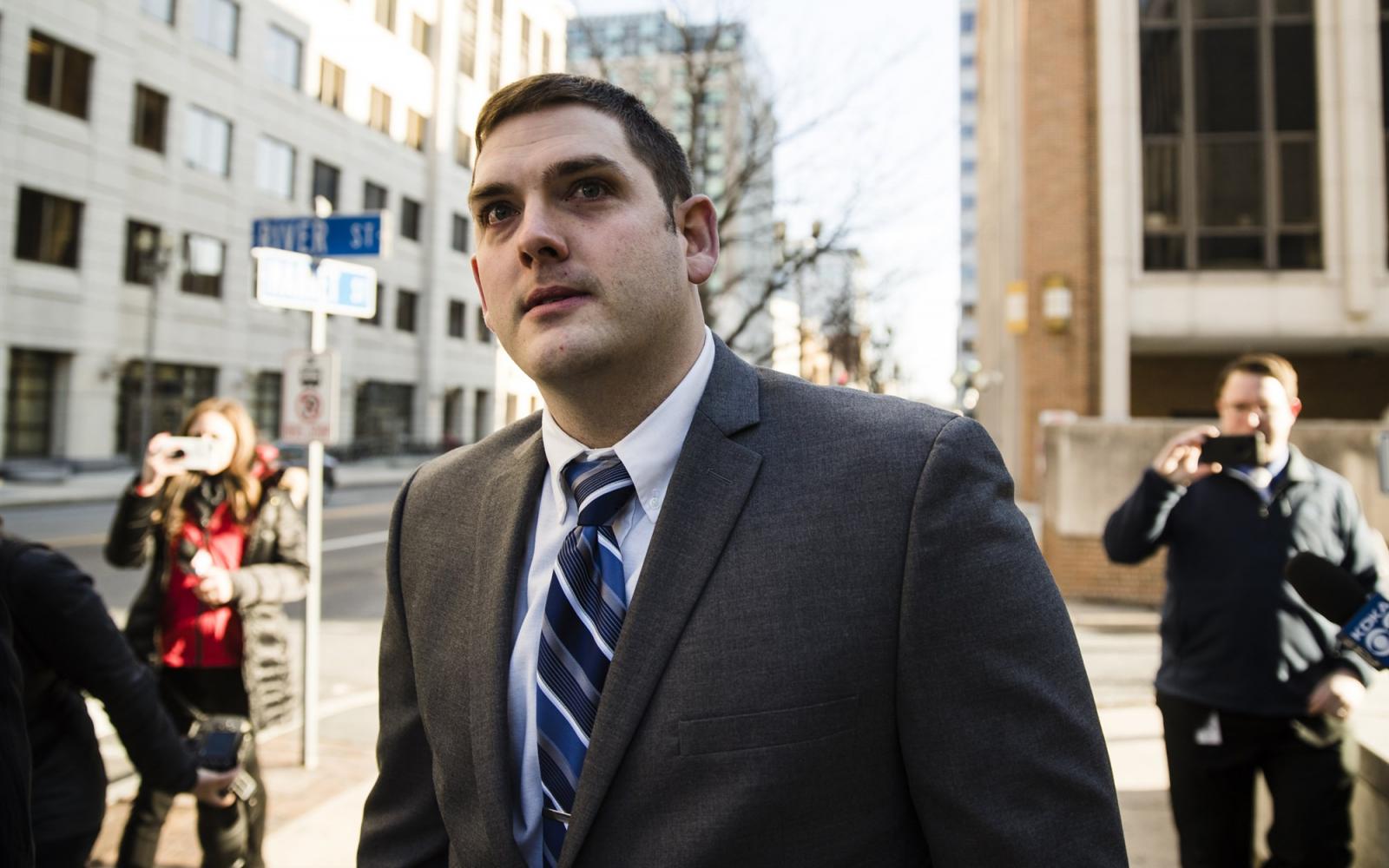 A white Pennsylvania police officer has been acquitted Friday in the fatal shooting of an unarmed black teenager last year in East Pittsburgh.

Officer Michael Rosfeld, 30, was tried for homicide in the shooting death of Antwon Rose II after a traffic stop in June 2018.

Rose, a 17-year-old high school student, was in the front seat of an unlicensed taxicab when the back-seat passenger rolled down a window and shot at two men on the streets of North Braddock.

Rose's mother, Michelle Kenney, told reporters after the jury left for deliberations Friday evening that she missed her son, according to NBC-affiliate station WPXI in Pittsburgh.

"Antwon was not afforded the opportunity of a trial to defend himself," Kenney said. "All of those rights were taken away from him by one person and it wasn’t the jury in this court. it was an individual."

The police affidavit used to charge Rosfeld said he gave conflicting statements to investigators, including that he saw something in Rose’s hand that Rosfeld thought was a gun.

Investigators have said Rosfeld subsequently told the detectives he did not see a gun when the passenger ran.

“When confronted with this inconsistency, Rosfeld stated he saw something in the passenger’s hand but was not sure what it was,” police wrote. “In addition, Officer Rosfeld stated that he was not certain if the individual who had his arm pointed at him was still pointing at him when he fired the shots.”

Rosfeld had been on the East Pittsburgh Police for just a few weeks after working for other departments over seven years.

Video of the incident was captured by a bystander and posted online triggered a series of protests in the Pittsburgh area last year that included a late-night march that shut down a major highway.

Activists read a poem written by Rose at one of the protests last June and called for a moment of silence in his honor.

“I am not what you think. I’m confused and afraid. I wonder what path I will take. I hear that there's only 2 ways out,” one activist read.