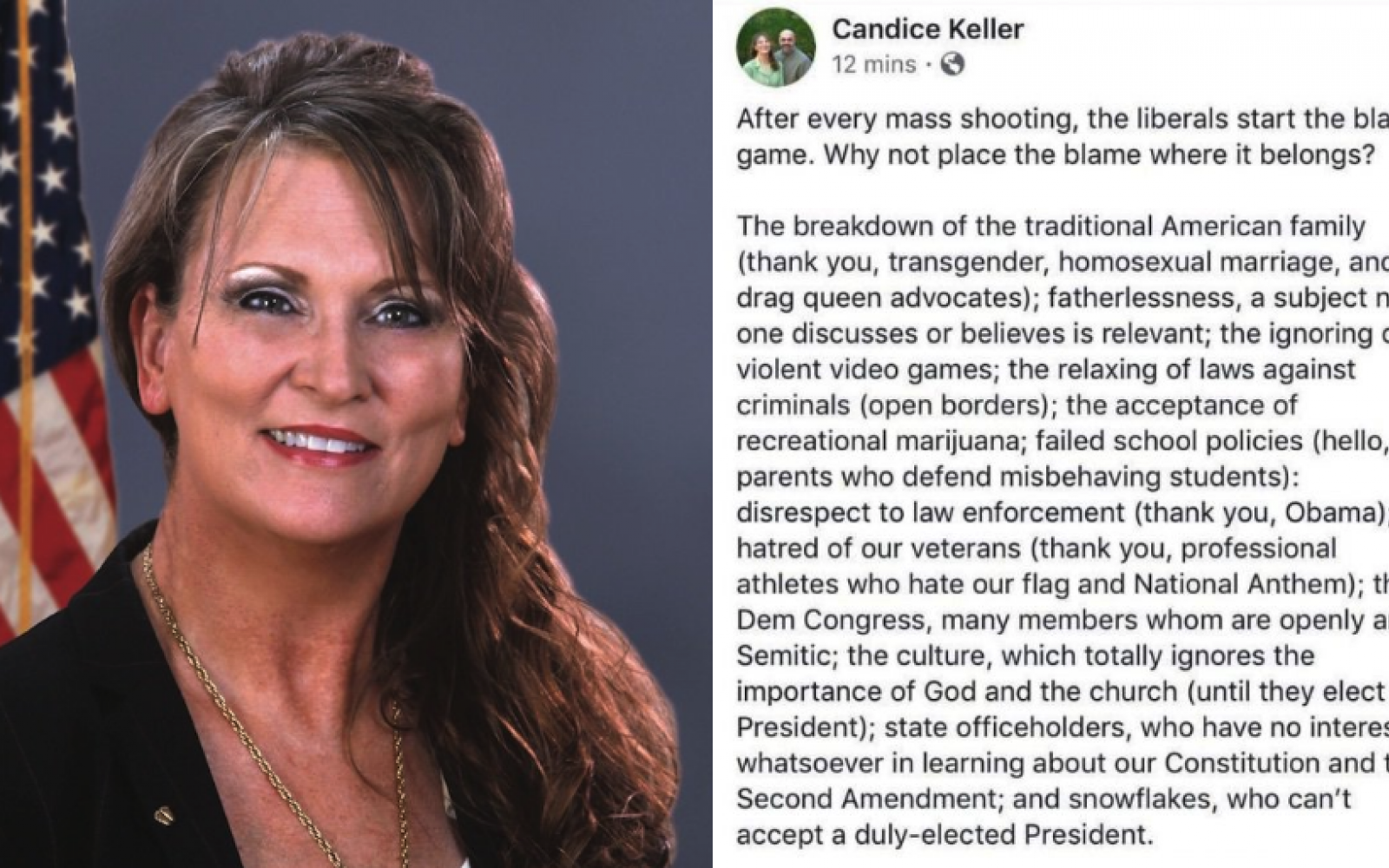 After mass shootings in Dayton, Ohio, and El Paso, Texas, this weekend, a Republican state lawmaker from Ohio blamed the violence on “homosexual marriage,” “drag queen advocates” and more in a bizarre Facebook post.

State Rep. Candice Keller complained about Democrats playing “the blame game” after every mass shooting in a post on her personal Facebook account. The lawmaker from Middletown — a small city 30 miles south of Dayton, where a gunman killed nine on Sunday — wrote that the real blame should be on the “breakdown of the traditional American family” and “acceptance of recreational marijuana.”

“Why not place the blame where it belongs?” Keller asked before listing the issues she believes are to blame for mass shootings in the country:

The breakdown of the traditional American family (thank you, transgender, homosexual marriage, and drag queen advocates); fatherlessness, a subject no one discuses or believes is relevant; the ignoring of violent video games; the relaxing of laws against criminals (open borders); the acceptance of recreational marijuana; failed school policies (hello parents who defend misbehaving students); disrespect to law enforcement (thank you, Obama); hatred of our veterans (thank you, professional athletes who hate our flag and National Anthem); the Dem Congress, many members whom are open anti-Semitic; the culture, which totally ignores the importance of God and the church (until they elect a President); state officeholders, who have no interest whatsoever in learning about our Constitution and the Second Amendement; and snowflakes, who can’t accept a duly-elected President.

Keller did not immediately respond to HuffPost’s request for comment. The state lawmaker did confirm to the Cincinnati Enquirer that she wrote the post. It is still published on her Facebook page.

On Saturday, a gunman opened fired in a Walmart in El Paso, killing 20 and wounding 26. Early Sunday morning, a shooter killed nine and wounded 27 people in Dayton’s downtown Oregon District.

This is Ohio State Representative Candice Keller, a shining example of today's @ohiogop.

She has a few opinions about mass shootings.