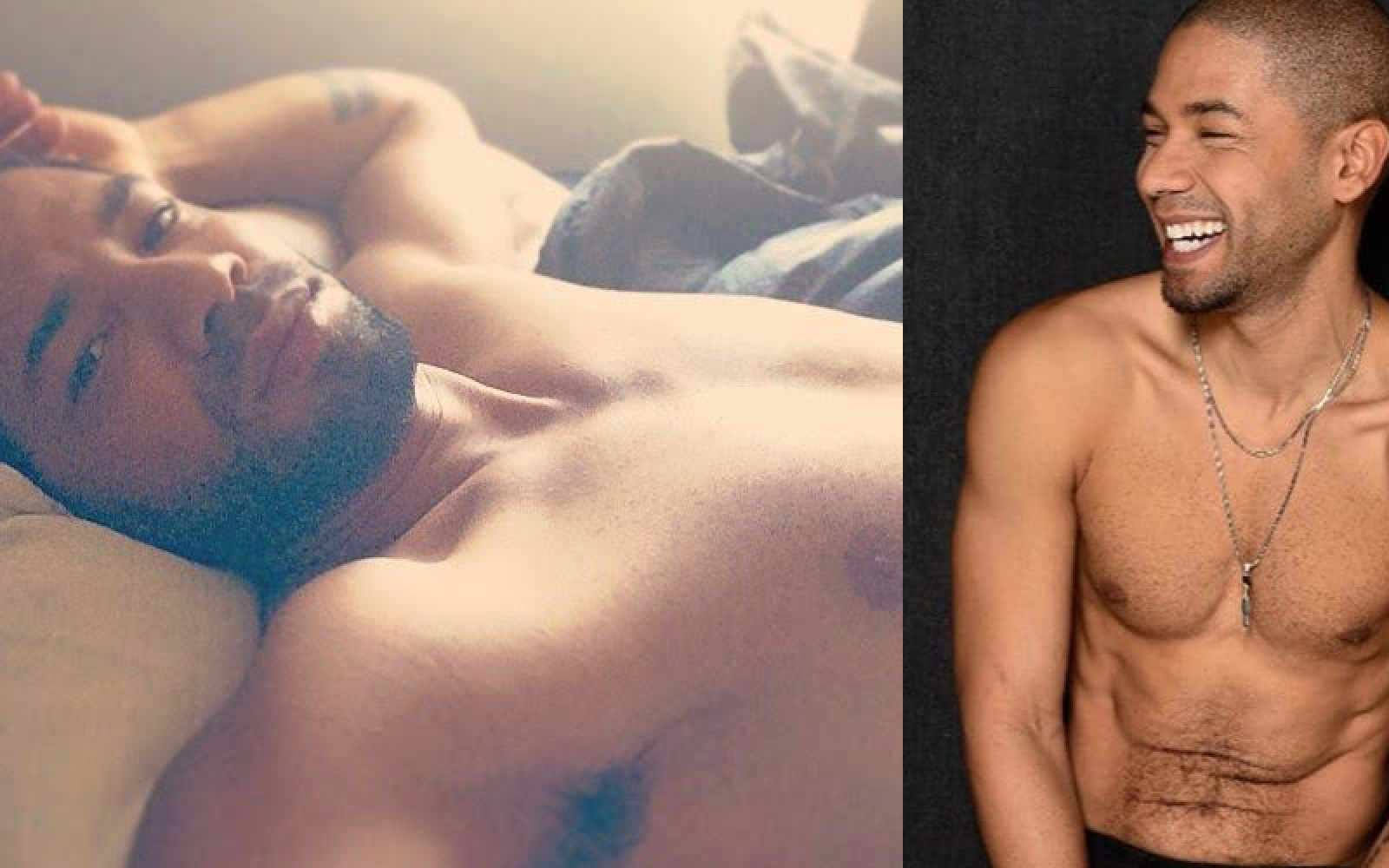 Now that we have your attention.  This must be how Trump supporters feel.  I want to believe him so bad and hang in there but   its not looking good for Brother Jussie, the liteskin gay messiah with the voice of an Angel if that Angel was Trey Songz, that was gonna lead us to the gay promise land. The text messages, the hardware store videos, its just all too much.  Do we trust the Chicago PD?  Meh, They have a bigger credibilty issue than Jussie does.  If any or all this is true though Jussie has dealt the black lgbt community a blow it may take years to recover from and for that he can kick a gravel pit full of rocks.  Should he be punished for it if all this is true, Yes. Do we wanna see his life and career ruined. No, I wanna rewind to 4 weeks ago when none of this was going on. I feel like any chance he had at making a real difference will forever be marred by this entire situation unless he's somehow vindicated...or he releases some nudes or shows up on BIR.

The other side of this is the "well what about <insert criminal here>?"

Has R.Kelly somehow alluded police while also keeping a fan base of black folks.  Yes, but we aren't talking about R. Kelly.

But what about Ed Buck?  We're not talking about him either.

The Chicago PD?  This is about Jussie.

Yes Flint still needs clean water, but this is about Jussie.

But what about LaQuan McDonald?  We can be mad about that and still get Jussie together.

Do the police lie and lie on black people and then parade out black police officers to make their argument seem legit yes, but even with all that...those text messages...

Yes the Orange One lies almost on the daily and has yet to call out the white supremacist that was planning a terror attack, but this is still about Jussie.

We have to hold people accountable for their actions and just because we're kin folk doesn't mean we have to hold people up in their foolishness.  We also don't want to get into the habit of setting the bar for what we defend at the worst of everyone else. "But other people lied" is not the hill we wanna die on.

With all that being said, are we cancelling Jussie?  Should he be cancelled? What can he do to redeem himself?

Don't know, don't know.  If he goes to jail, whenever he gets out no one is going to be thinking about this. There is already a rise in attacks on black and brown lgbtq people of color, especially Black Transwomen and they don't EVER get half the screen time Jussie has gotten. That's the real problem with all of this.  Whether Jussie lied or is telling the truth, the issue is shinned a light on is a daily reality for many of us.

Which leads us back to the title of this article.  Jussie can still get it.. He's attractive and famous and thats why Jussie is gonna be ok, he's rich, his daddy's rich and his ma is good looking, it's the rest of us I'm worried about.