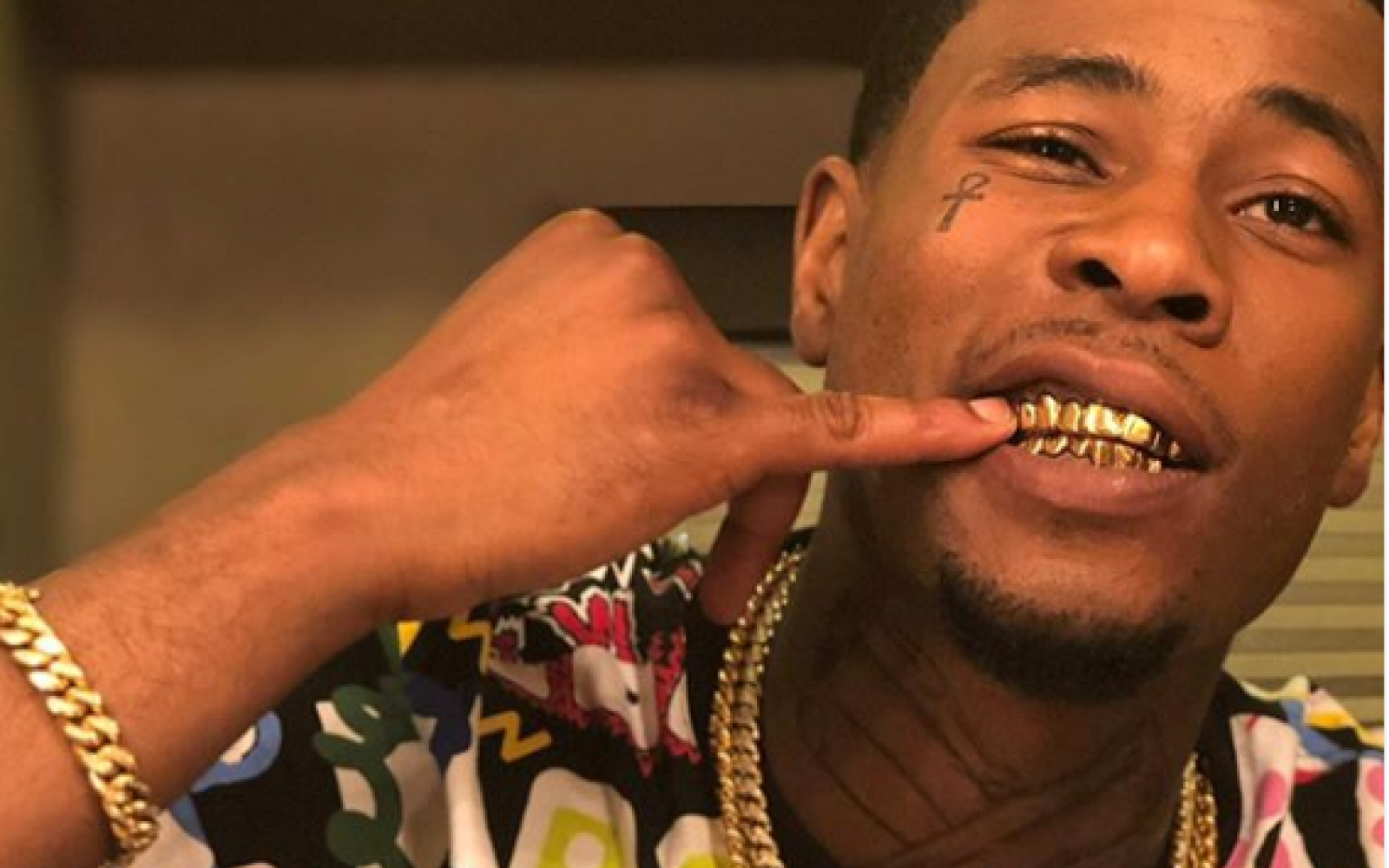 The first time we see Lil' Murda, an up-and-coming rapper archetype so real and familiar he seems able to reach through the screen, have a one-on-one meeting with the non-binary Uncle Clifford (Nicco Annan) in Episode 1 of P-Valley, their exchange seems fraught with tension. That, we now know, was very much intentional.

Lil' Murda, a fame-thirsty dude played skillfully by J. Alphonse Nicholson, looks like a basket of clichés about young Black men: He wears a mouth full of gold teeth, carries a hyper-masculine demeanor, and has a sense of danger about him that seems like a lit match to Uncle Clifford's weave, ladylike fingernails, and seductive purr. As viewers, aware of the violence Black trans people are at extreme risk of, we're expecting the worst. But as P-Valley does so beautifully here and in so many other places in the series, our expectations are subverted: The ostensibly heterosexual Lil' Murda is taken with Uncle Clifford, and she ends up giving him a beej under the dreamy clouds in the Paradise Room. Their tryst was no fluke, as viewers saw in Episode 4; Lil' Murda and Uncle Clifford had full-on, penetrative, hot sex, and — light spoiler here — their fling won't be slowing down anytime soon. But while their consensual and respectful lovemaking seems to suit them just fine (for now anyway) it might likely raise a question in the mind of some viewers: Is Lil' Murda gay?

"We've had conversations about it," Nicholson tells TV Guide via phone. "He's still trying to figure it out. He's a mix of emotions. He's a complex and layered guy, and he's really trying to find himself and who he is. I want people to see him as that."

P-Valley masterfully elevates so much of the Black experience that might be considered mundane or even "low class" to show overlooked people's full complexity. Lil' Murda and Uncle Clifford's relationship is no exception. In a previous interview, creator Katori Hall said she drew Uncle Clifford based, in part, on her own experiences with LGBTQ Black people growing up in the South. She wanted to show, first and foremost, that they exist. Lil' Murda is a continuation of that thread.

Nicholson, who identifies as heterosexual, says part of his preparation for the part meant looking back on his own upbringing in an all-Black community in Greensboro, North Carolina, and the entrenched, normalized homophobia that led people like Lil' Murda to live in silence, shame, and fear. "You hear stories about people being 'undercover' or 'DL.' Sometimes homies might have been in prison and may have formed relationships with men and when they get back, they don't know how to be honest about that." He was initially nervous about taking on the role, he says, but talked it through with his fiancée — and then recognized an opportunity. "Taking the part I was like, 'How can we mend these relationships? How can I understand Black gay men, all gay people, and be an ally? These conversations need to happen more in the Black community, and we can get to a place where we accept someone for who they are, simply because of who they are. I'm glad it's sparking conversation."

He says he's been encouraged and pleased with most of the reaction he's seen online so far. He says he's less concerned with what negative comments people have made, but there are sometimes comments that make him sit up and take notice, like one he saw recently on Facebook. Nicholson says that he saw a video of a straight-presenting, masculine man covered in tattoos come out, acknowledging how this declaration could've put him at risk of being killed by his peers, including women, in his community. The message was a stark reminder that, although Lil' Murda and Uncle Clifford are fictional people, they're producing tangible results. "It's very real for [people like the man in the video]," and Lil' Murda too, Nicholson says. Homophobia and violent fear of the unknown put not only the non-binary or trans people at risk of harm but their partners too. "You're afraid of losing your life, losing everything. There's so much people face in this community, and not everybody has the sense of safety to just come out."

As for Lil' Murda's identity, the point is, of course, that it doesn't matter. If one wanted to do the proverbial math on the situation, it might start with the fact that straight men who date trans women are indeed straight since trans women are women, but Uncle Clifford's gender identity is more on the non-binary side than trans woman, which makes Lil Murda's label more complicated to nail down — and ultimately a fruitless exercise that serves nothing. P-Valley would rather we focus on what's much easier to see and understand. "Love is love," Nicholson says. "Any type of intimate feelings between two people can be real. Sometimes people just want to have a good time. It's more common than we think."