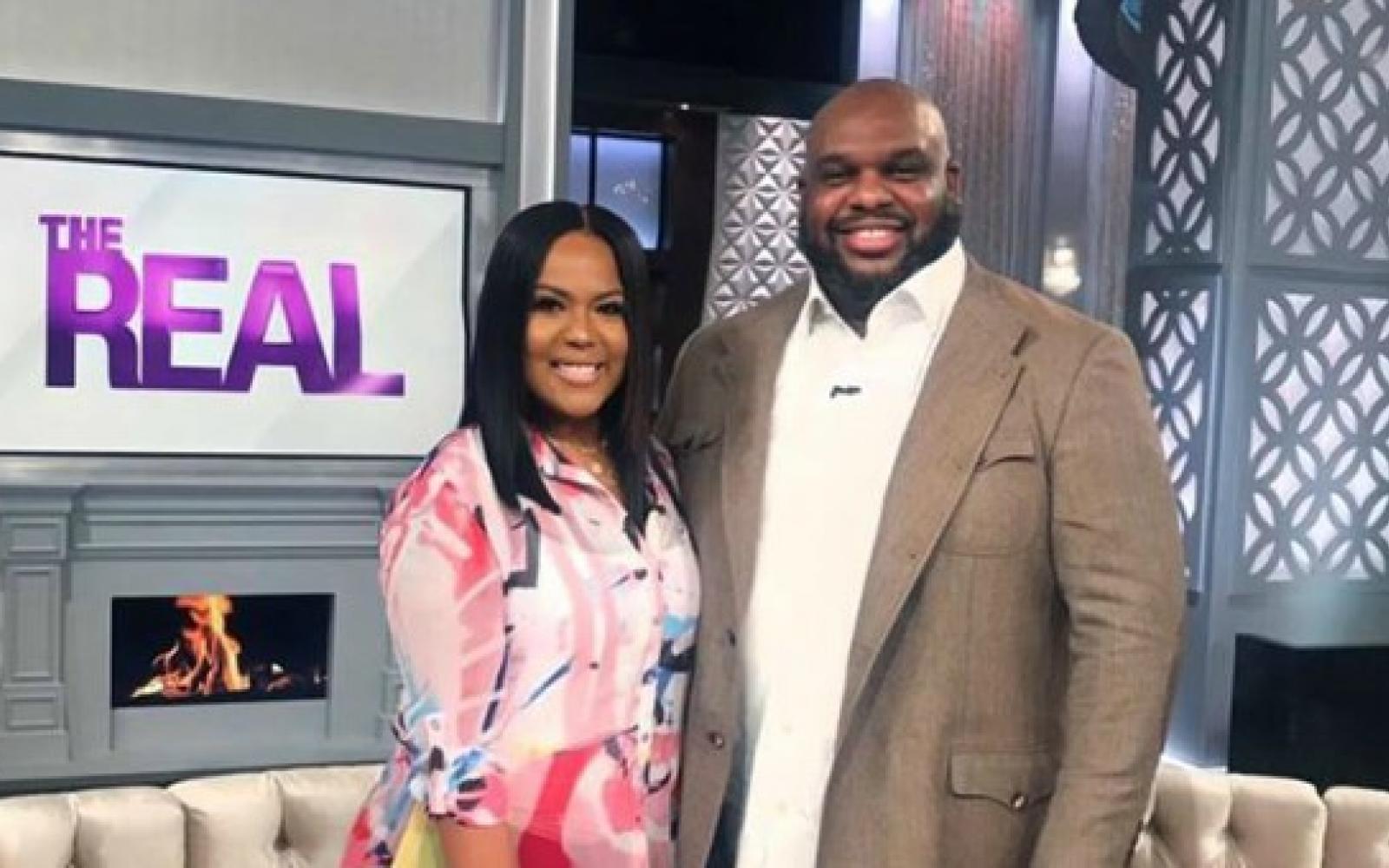 Pastor John Gray has been a busy man it seems. Its always the ones that have so much to say about the gays that can't keep their meat in their pants.  Pastor Gray is back in the news when an interview with his mistress reveals he once had her and his wife at the same time. While Pastor Gray assured fans it was only an “emotional” affair, recently discovered audio recordings paint a different picture.

A woman, who remains anonymous, detailed a relationship with John Gray during an interview with Larry Reid, in that was surely not just emotional. According to the woman, John Gray booked her room in the same hotel as his wife one time, but Aventer had found out. He left the woman a voicemail warning her Aventer had read their text messages. The nameless woman also claimed John Gray would speak in tongues after ejaculating over facetime. She also revealed they indeed had sex.

John Gray and the woman were reportedly friends for years, but their friendship changed after the woman went through a domestic violence incident that left her vulnerable.

“It started with him—he likes to say—breathing life into me. So he was just there as far as talking to me, pretty much pastoring me, ministering to me. And I called on him to do a favor to a person that I knew that was struggling with some addiction issues. And so I called upon him to help with that. It was an employee of mine. That employee actually wound up speaking with him and it got him on the straight and narrow. So I sent him a text message telling him thank you. And he said, ‘Whatever you need.’ And I was like ‘Well thank you.’ And he said, ‘I’m talking about you.’

John Gray allegedly offered her financial help when she fell on hard times.

“He would say, ‘The Lord told me that you need some money so go ahead and check your cash app. I already put money in your account. Then he’ll be like, ‘What color panties you got on? Let me see your nipples.’ … He likes to jack off on the screen and he comes and when he comes, he speaks in tongues. No joke. When we slept together, he jumped up!”

He also allegedly confided in her about he and Aventer’s marriage and claimed she didn’t sexually satisfy him.

“I ran into an issue financially and he was just like absolutely. and it was a big deal. It was a really big thing. From that moment on, it started from there. It snowballed into ‘I just love you so much. I always loved you. I always thought about you. I always cared about you.’ Then he was going through the stuff with his wife and he was saying how he didn’t like her, didn’t love her, that he was never attracted to her, that he only married her because she looked good on paper. His exact words were, ‘She don’t suck. She don’t f*ck. She ain’t never washed a pair of my drawers.”

The woman also had voicemails of what seemed to be John Gray’s voice. “When you get this message, delete it. My wife saw our text messages from Friday. She knows you were in the same hotel as me and she does not know that I went to your room. She doesn’t remember me leaving. She’s got your number,” he said.

This woman’s narrative was completely different from John Gray, who simply said he was inappropriate because he carried on an “emotional” affair. Clearly there’s more to the story.

Listen to her story, below: