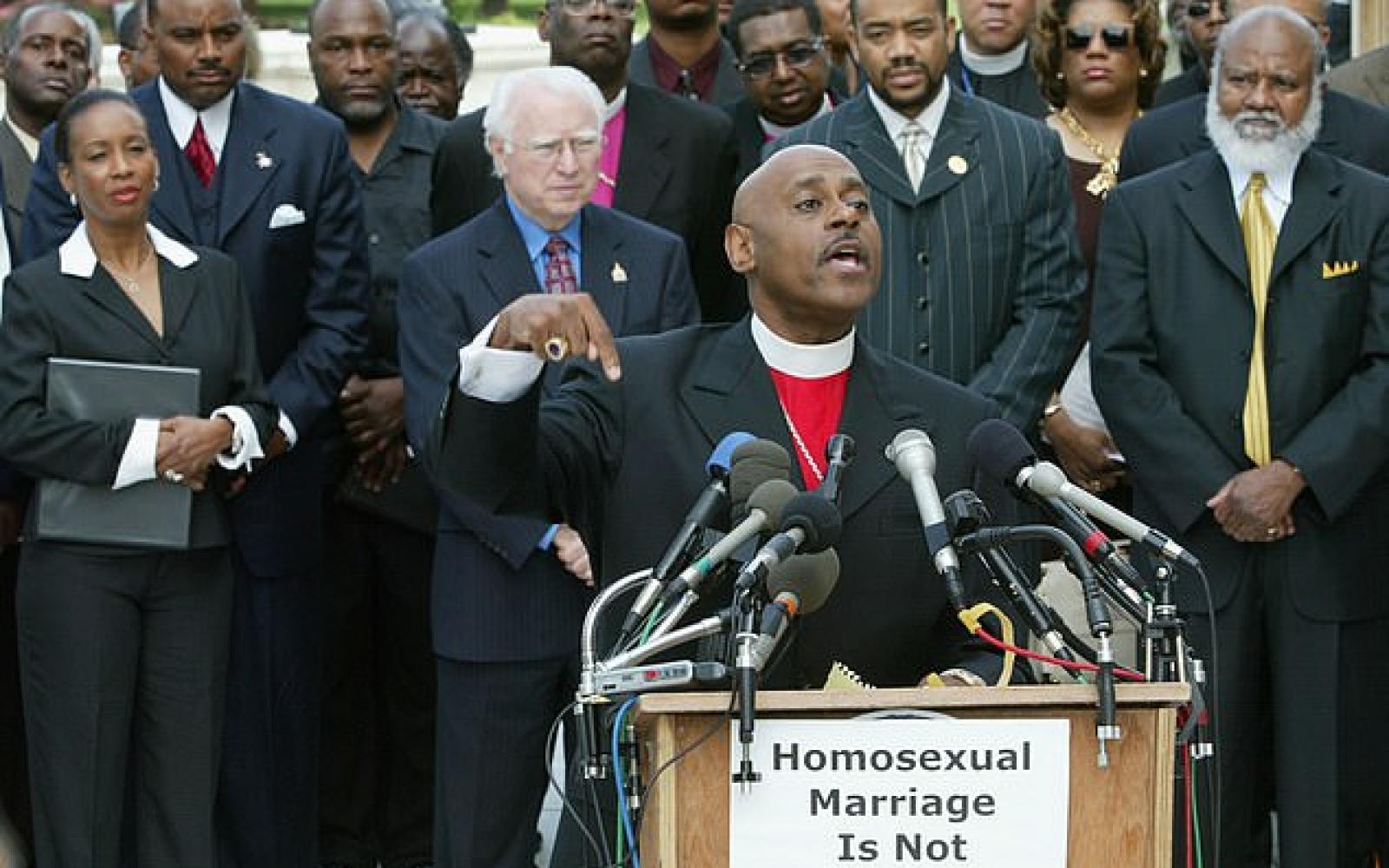 A Georgia megachurch pastor has gone on the defensive after getting immense flack for 'homophobic' tweets he made calling for Democrats to have 'wisdom' and not vote for Pete Buttigieg for the presidential nominee.

Bishop Paul S Morton, founder of the Full Gospel Baptist Church, was slammed for tweets he made on Saturday morning claiming 'being too liberal will not win' if Buttigieg secures the nomination.

'I am not Homophobic,' the pastor claims. 'But it is definitely not the time 4 POTUS 2b a man with his husband up there by his side. There are those of us who love everybody but we believe in the Biblical Definition of Marriage.'

The post was quickly inundated with people slamming Morton - who is the father of Maroon 5 keyboardist PJ Morton.

'If you believe in the Biblical definition of marriage then you would not support the incumbent and his two divorces either,' shared one user. 'Whatever though, hypocrite.'

Another user added: 'Let me get this straight are you saying that you would back Donald Trump with all of his wickedness INCLUDING ADULTERY ON MANY OCCASIONS or refuse to vote because of who someone is married to?'

Other's pulled from the Bible to show the hypocrisy in Morton's statements.

Some folks did share their support for the bishop and shared their own experiences loving their family even if they were living 'contrary to God's will.

The tweets prompted Morton to respond: 'If I am homophobic God is too. All I know is I’m following Him and His Word. I know He loves The World and I do too. But I will not go against God’s Word to please you or no one else.'

He also later clarified that his tweet was not one in support of President Donald Trump.

'This ain’t about an argument today,' he said. This is about the worse man ever in the White House who needs to get out.

'My tweet was just a Warning if you want to commit Political Suicide vote for whoever you want to vote for just don’t blame it on me. So that’s my last tweet on that.'

Bishop Morton has been an ardent opponent of same-sex marriage. In 2004, he appeared with a collection of other church leaders to call for Congress to act against 'homosexual marriage.'

His church was responsible for ordaining Eddie Long, the megachurch pastor who settled cases involving allegations of sexual abuse against five teens and men.