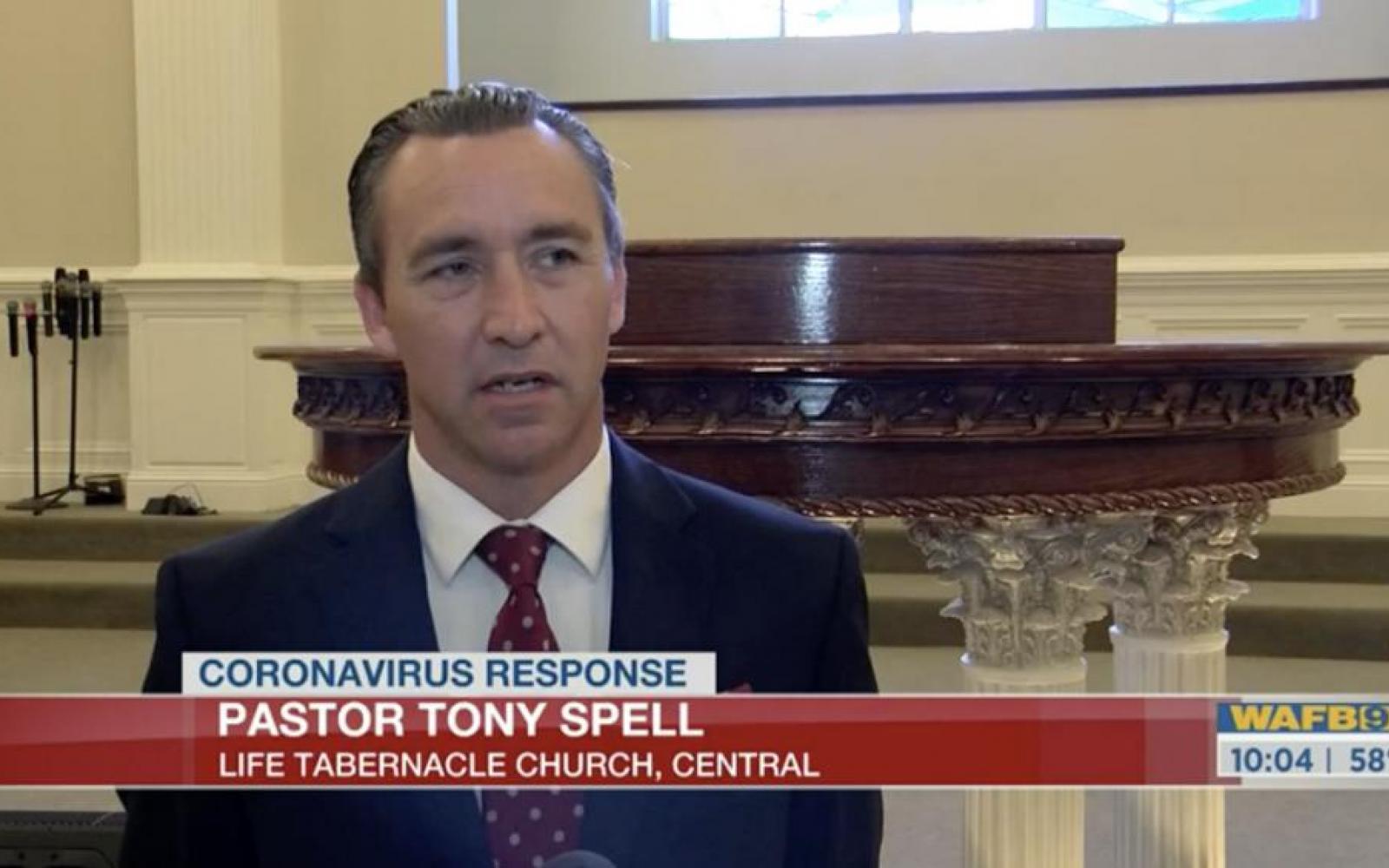 CENTRAL, La. - The pastor of the Life Tabernacle Church near Baton Rouge held services on Sunday in defiance of a stay-at-home order issued by Louisiana because of the coronavirus pandemic, telling worshippers they had “nothing to fear but fear itself.”

Hundreds of worshippers, about half of them black and half white, converged on the church, many arriving in 26 buses sent to pick them up. Everyone but immediate family members kept a social distance of at least six feet, a lawyer for the pastor said.

“They would rather come to church and worship like free people than live like prisoners in their homes,” Spell told reporters.

Referring to depression and anxiety suffered by people forced to stay home, he asked, “Could it be that it is worse than the people who have already contracted this virus and died?”

Spell said he preached that people had “nothing to fear.” Louisiana had recorded 13,000 confirmed cases and 477 deaths as of Sunday.

“True Christians do not mind dying. They fear living in fear,” Spell claimed in the interview.

He went on to say he would feel no responsibility when his church services spread the potentially lethal virus. “Yea, that we walk through the valley of the shadow of death will fear no evil because God is with us… Death looks to them like a welcome friend.”

Some other Christians around the United States defied rules meant to curb the spread of the coronavirus and observed Palm Sunday at church.

Many churches opted instead to post video of virtual services on social media. Some used Zoom, the video-conferencing app which has becoming increasingly popular during the pandemic.

“We believe the governor is wrong. And we look forward to proving our case in court,” said Long, who said he is preparing a lawsuit against Edwards.

One of those who attended the gathering at Life Tabernacle on Sunday said he embraced Spell’s message.

But a neighbor of the church called it “utterly ridiculous” to hold services during a pandemic.