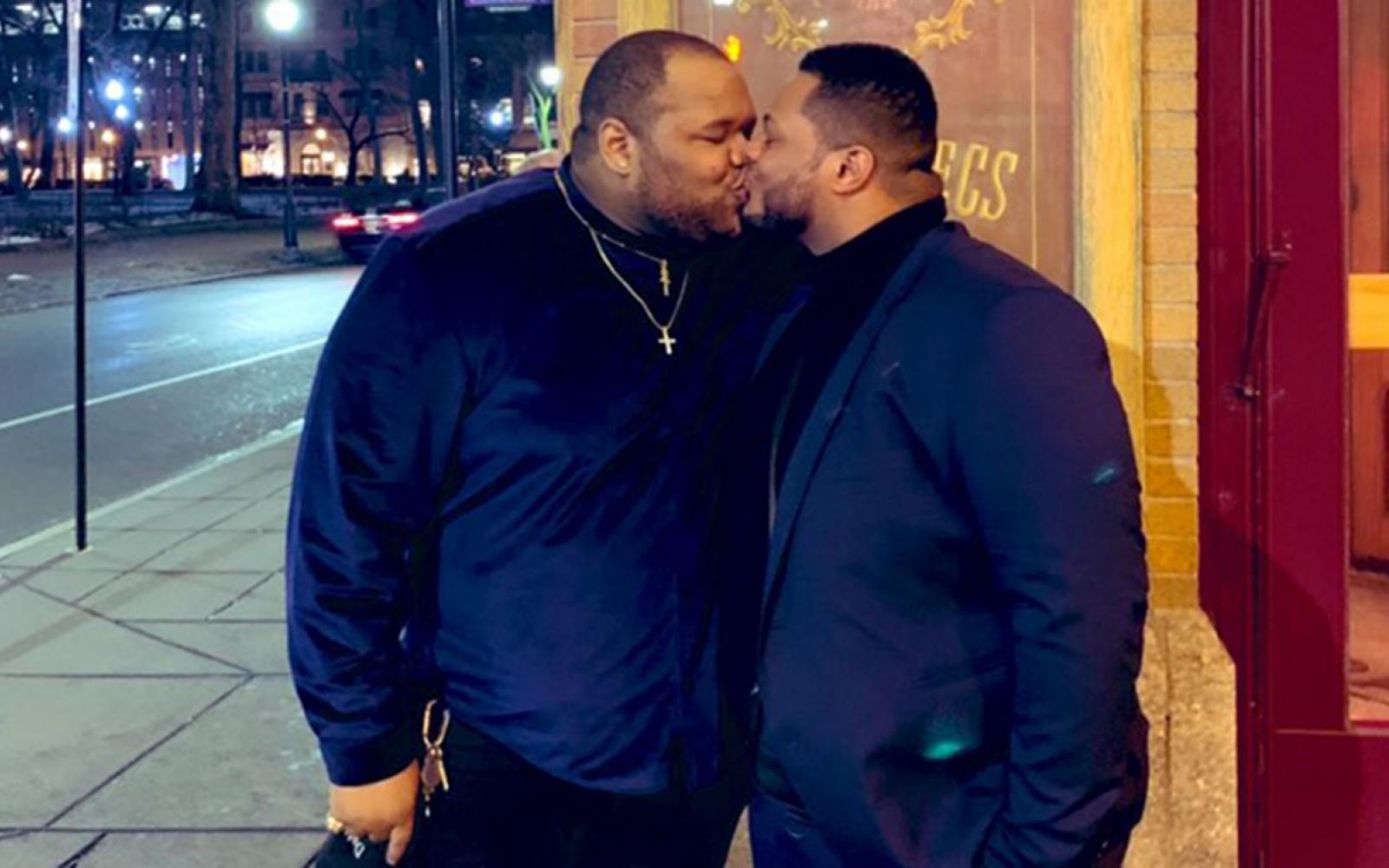 Here's something to put a smile on your face today.  Via NBCNews:

Just a few days ago, Tyler Hightower had only 40 Twitter followers. Now, he said his Apple Watch won't stop buzzing to alert him about replies people are leaving to a photo of him and his boyfriend sharing a kiss.

“Posting this because representation matters. The black, gay, and happy gworls are out here!” Hightower wrote in an Oct. 1 tweet that has since gone viral. “We live together and have two cats. … We are at our 1 year and 8th month mark and still going strong!”

Hightower, a cancer research coordinator, and his boyfriend, Ahdeem Tinsley, a construction manager, met about two years ago through a dating app. They started off as friends who would chat over drinks, but at some point, Hightower, 26, realized he wanted more.

“I realized this was insane: This was someone I couldn’t get enough of and who understood me on so many levels, and I didn’t want to wait any longer,” he told NBC News. “I said to him, 'You and I are dating.'”

The couple moved in together with their cats, Buddy and Gigi, in Philadelphia. On their anniversary — the night the viral picture was taken — they got matching tattoos on their forearms with each other’s initials and the date.

After seeing another black gay couple post a picture on Twitter, Hightower realized the salience of representation and decided to post one of his own. In just two days, the tweeted photo garnered more than 100,000 likes, 12,000 retweets and countless comments.

“The responses have been awe-inspiring,” Hightower said. “People are replying saying that the picture made their day and that they didn’t know there was love for people like them.”

In the LGBTQ community, according to Hightower, “classically attractive white gay men” receive the most representation, which excludes others who may not fit that paradigm. As a result, he wanted to show others that people like him and his partner are “out here, working and living and falling in love.”

“Part of our identity is being fat, heavy, thick, black and gay men, and we want all people to know that no matter your size, color or religion, be yourself and live authentically, and you will find love,” Hightower said. “I’d been closeted for a very long time, and now I’ve found true happiness.”