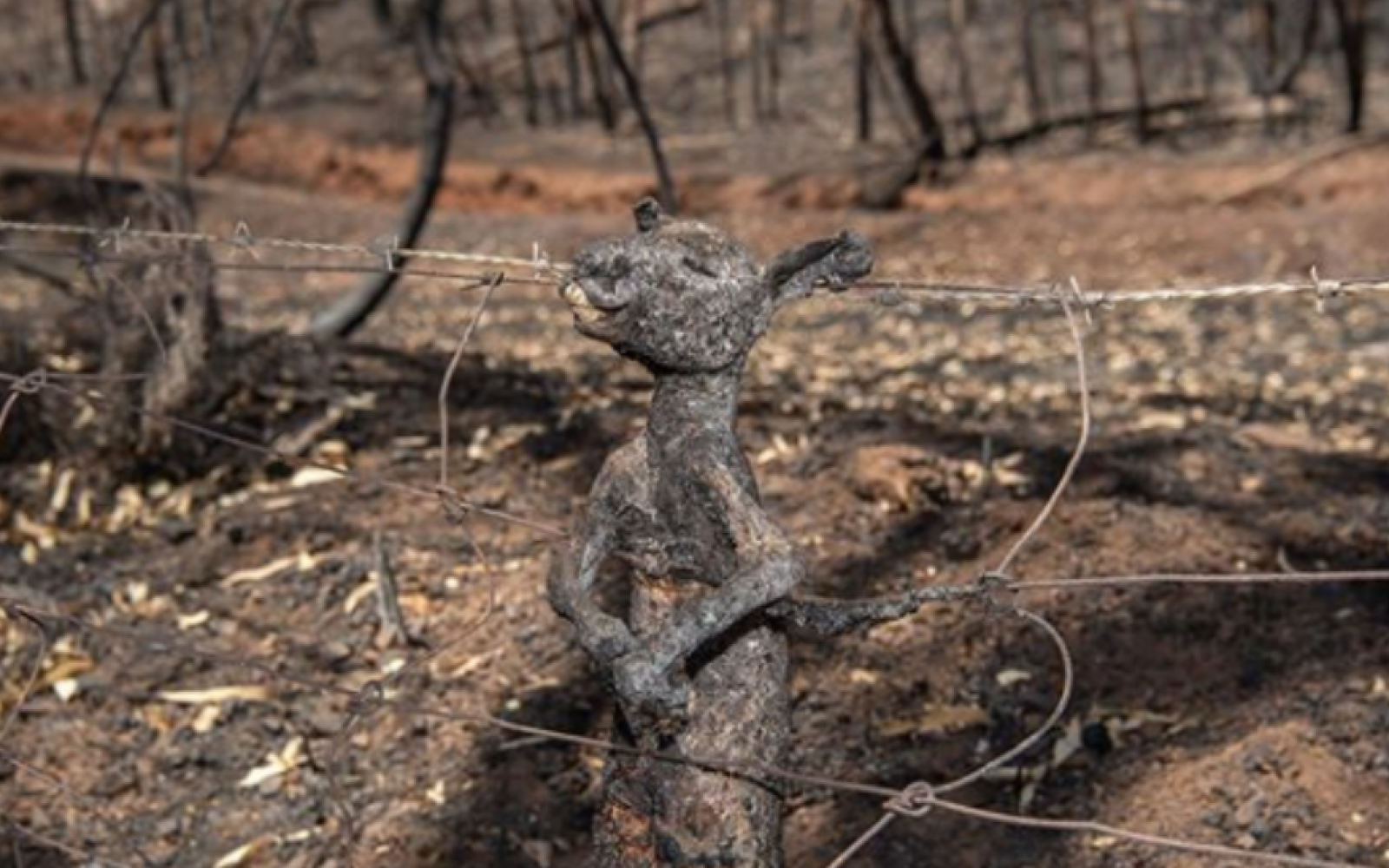 A photo of a burnt baby kangaroo stuck to a barbed-wire fence in Adelaide Hills is going viral on the Internet. This incident happened during a wildfire, which has seen the largest evacuations in the history of Australia.

The photo, which was shared by Brad Fleet, a photographer at The Advertiser, has left the netizens heartbroken. The photograph that he had shared on the photo-sharing platform Instagram showed the kind of damage the bushfire crisis has done.

Fleet captioned the heart-wrenching image as, “Feels like Australia is burning.”

A user on Twitter said, “Omg this is terribly sad. The world needs to start taking more notice of this the press needs to have more coverage in Australia this is a catastrophic event that effects the whole world wake up and start paying attention we are destroying our only beautiful planet(sic).”

“Images coming out of Australia are beyond comprehension. The photo by Brad Fleet of the fully burnt Kangaroo on the fence will become one of the lasting images of this disaster. My thoughts are with everyone risking their lives to save the voiceless animals. #AustraliaBushfires”

As per University of Sydney ecologist Chris Dickman, around 480 million birds, mammals, and reptiles have been affected since bushfires started in September.

Dickman has also said that the actual number of damage is probably much higher.

According to a report published in 7News, farmers in southeast New South Wales have lost around 2800 animals in the bushfires since December 25, 2019.