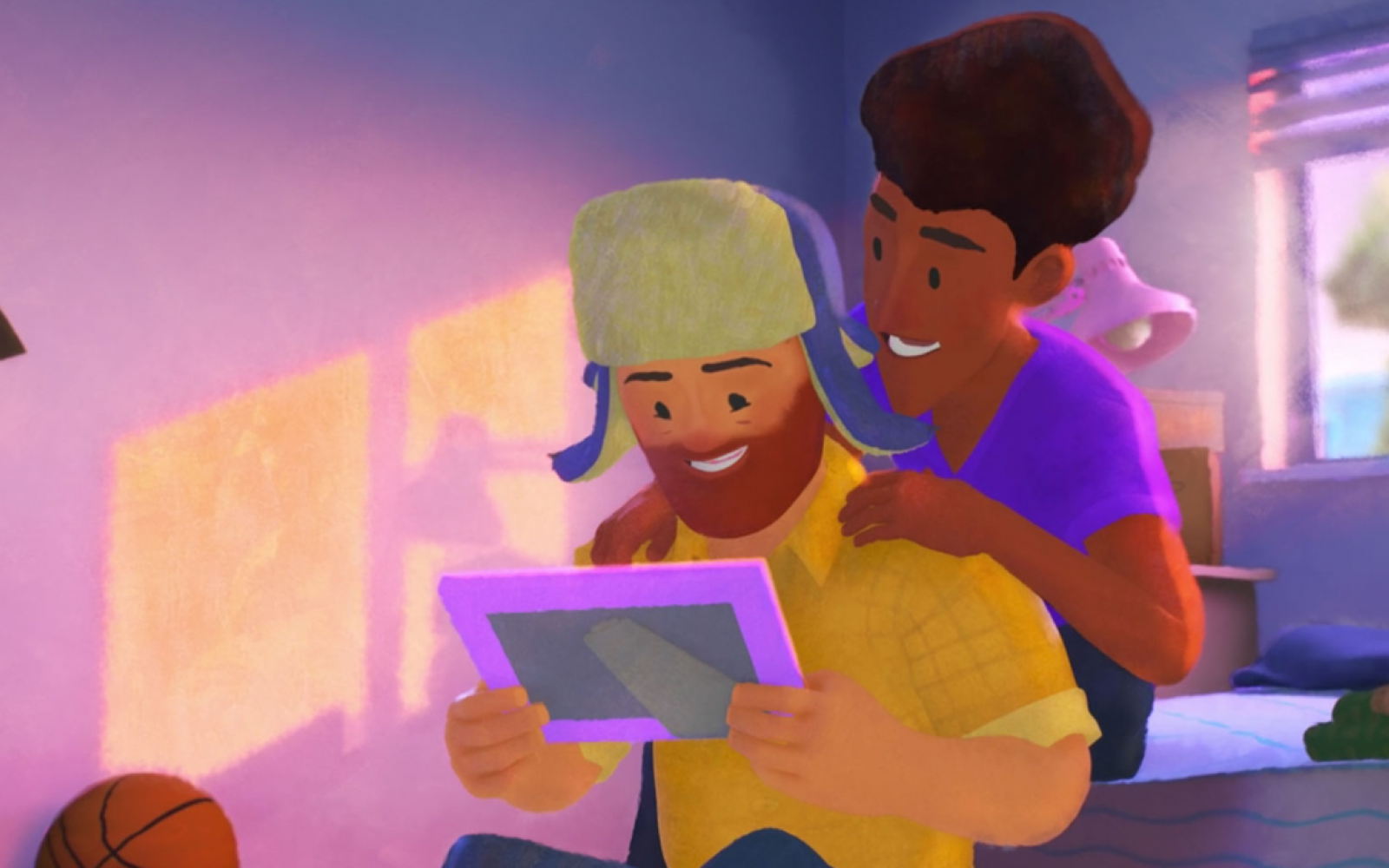 Pixar's movie lineup still leaves much to be desired in terms of LGBTQ inclusion, but a short film released on Friday shows there is the capacity to bring these stories to life through tearjerking animation.

Out, the latest Pixar short released through Disney+'s SparkShorts series, arrived this week with the story of Greg as he moves in with his boyfriend, Manuel. The problem is that Greg isn't out to his parents, who arrive at his new doorstep eager to help. With a little nudge in the right direction from a pair of fairy god-pets — a magically fabulous dog and cat who ride in on a rainbow — Greg swaps bodies with his dog, Jim. As he frantically tries to hide the evidence of his relationship from his mom in this new canine body, he quickly learns that maybe there's nothing to hide after all.

Steven Clay Hunter wrote and directed Out, which was produced by Max Sachar. This marks Pixar's first attempt to feature an openly gay character in a central role.

Pixar's Onward became the first feature film to include an LGBTQ role in the form of Lena Waithe's cyclops cop Officer Spector, who mentions her girlfriend. That reference prompted multiple territories in the Middle East to ban Onward from theaters, which likely speaks to why LGBTQ characters have not been more prominent in Hollywood animated films reliant on international box office. There have been hints of same-sex couples in past Disney movies, notably in a passing scene in Zootopia; two antelopes are shown bickering as they pass by Judy before entering their apartment. Hopefully Out and its moving story about acceptance will help move the needle forward a bit more.

Before Greg swaps bodies with Jim, he asks himself, defeated, "What is wrong with me?"

After the swap, when his mother asks the same question of him, having seen him act like a dog, Greg replies, "Nothing." Can we get an "amen"?