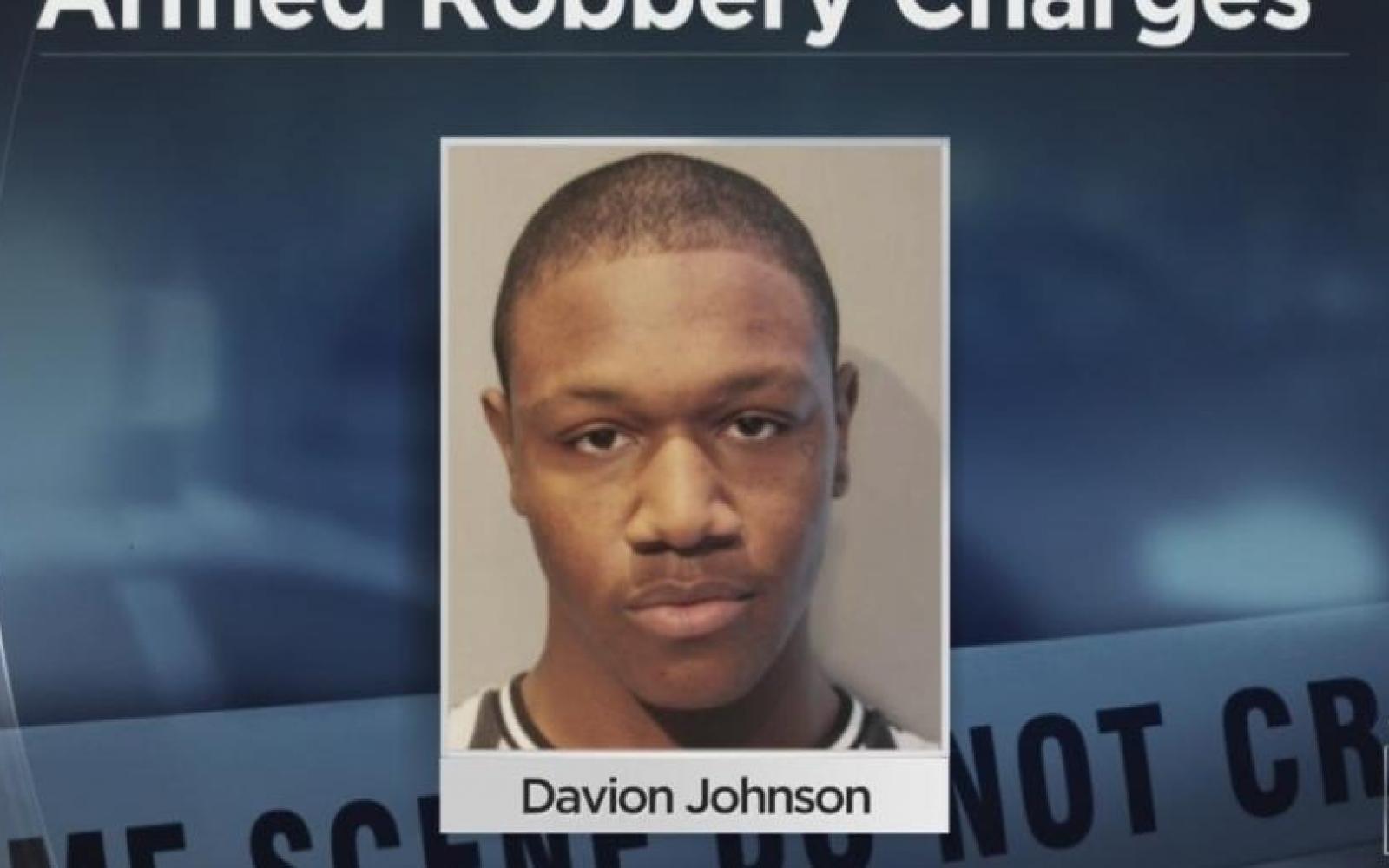 A 20-year-old Chicago man was charged in connection to recent robberies of men who arranged dates through the online app Grindr at Near North Side hotels.

Davion Johnson was arrested Monday and charged in three incidents, one of which involved him allegedly threatening a 42-year-old man with a stun gun and stealing his property at a hotel on Jan. 23 in the 600 block of North Lake Shore Drive, Chicago police said.

The W Chicago-Lakeshore hotel is located on that block, at 644 N. Lake Shore Drive.

The 42-year-old told police he was in town on a layover when he arranged to meet someone over a dating app, police said. After meeting him in the lobby, they went to his room, where a man showed a taser and stole his phone, credit cards and money, police said.

Johnson was also identified in a Nov. 6 robbery in a motel in the 400 block of North Wabash Avenue, police said. A 57-year-old man told police he arranged over a dating site to meet someone in a hotel room, but opened the door and noticed the man didn’t look like his profile picture, police said. The man grabbed his wallet and ran from the room.

One day earlier on Nov. 5, Johnson allegedly met someone for a “hookup” in an apartment in the 1200 block of North State Parkway in Gold Coast, police said. A 40-year-old man answered a knock at the door and noted the man didn’t look like his profile photo, police said. The man came inside, grabbed a wallet from the kitchen and ran out.

A law enforcement source said that Johnson was using the dating app Grindr.

Johnson is charged with a felony count each of armed robbery and robbery, and a misdemeanor count of theft, according to police.

Police issued a community alert last week warning of a pattern of at least four robberies of older men in hotel rooms. A police spokeswoman on Tuesday could not say if detectives were seeking a second suspect in the other robberies.

Johnson was released from custody Tuesday after posting bail, according to Cook County court records. He is due back in court Feb. 10.