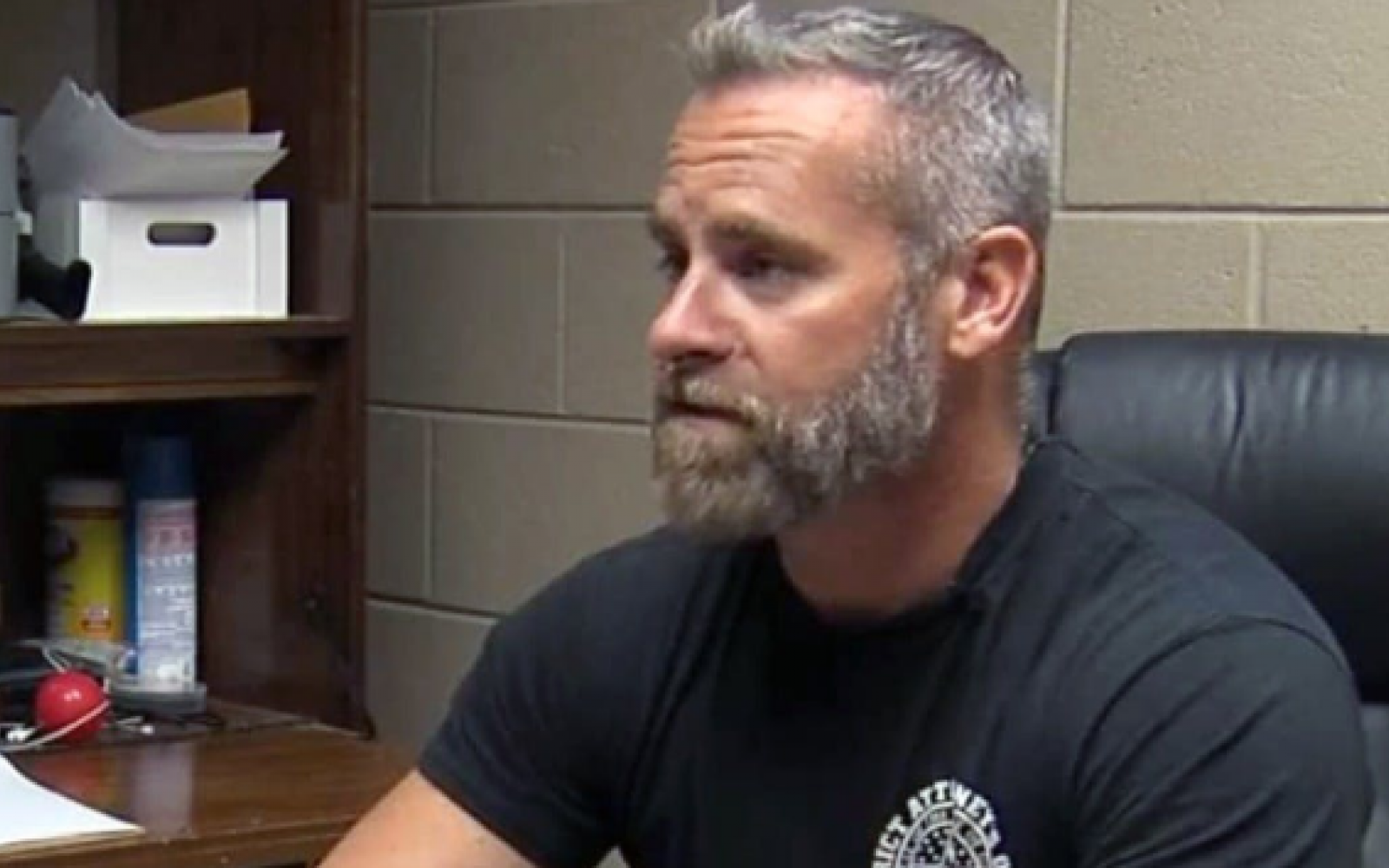 An Oklahoma police officer is accused of killing his police chief during an altercation Sunday night at a Florida Panhandle hotel, authorities said Monday.

Lucky Miller, 44, the chief of police in Mannford, was found dead by the Escambia County Sheriff's Office on Sunday, according to KOKI-TV. Deputies responded to a Hilton hotel in Pensacola and arrested Mannford police Officer Michael Patrick Nealey, 49, the television station reported.

Nealey was charged with second-degree murder and was booked into the Escambia County Jail without bond, the Pensacola News Journal reported. Police did not say how Miller was killed, other than to report there was a "physical confrontation," the newspaper reported.

Miller and Nealey were in Florida for a law enforcement conference, KOKI reported.

The City of Mannford posted a statement on Facebook, writing that Miller was married with three children.

“We are heartbroken by the news,” Mayor Tyler Buttram said on Facebook. “Please keep both families in your prayers as we work to move forward.”

Nealey will appear before a judge in Escambia County on Tuesday, WEAR reported.