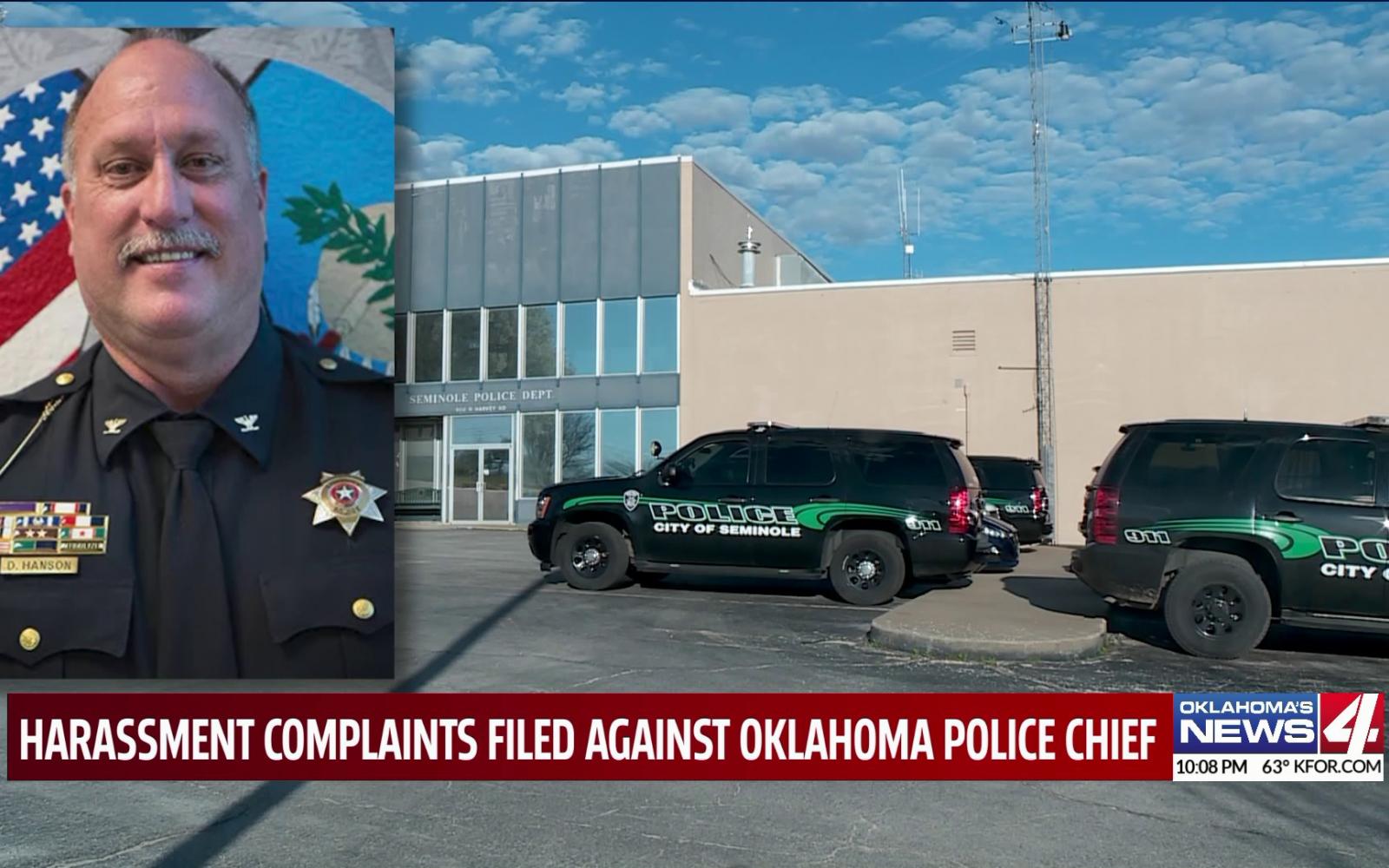 Seminole Police Chief David Hanson has come under fire after an explosion of complaints were filed with the City Manager's Office.

These have come from both citizens and his own officers accusing him of harassment and allegedly hurling homophobic slurs at a local business owner.

“We shouldn’t have to endure that,” said Todd Holliday, the man who runs a local office supplies business. “No one should, especially from the head of the police department.”

Holliday has been married to his husband Justin for just over three years, and they moved back to Seminole last April. Todd runs CPS, the local office supply business, and the city offices are some of his biggest clients. This includes the police department so Hanson would see Holliday every day.

“The police chief with the Seminole police department calls me names,” Holliday said. “Very derogatory, very slanderous names that no one should ever call anyone.”

Holliday has text messages saved that show the slurs being said. In one of them, Chief Hanson claims to be Justin and Todd’s “daddy”. The other comments included profanities and were too vulgar to be included in the story.

It even stems within the police department. Lt. Michael Burnett has been in the Seminole Police Department for 16 years and he was also a Marine for 10 years.

“Being berated is a daily abuse,” Burnett said. “It’s gotten to the point where none of us want to come to work.”

According to Burnett, Hanson hurled inappropriate comments at him, the other officers and other employees inside the building.

“We get called fat – we’re too fat, 'you’re too fat' to do this,” he said. “I’ve seen him do that to our secretary as well, the female secretary that works there. I’ve seen him throw papers at her and just treat her terrible.”

He said they even have experienced physical harassment.

“And insert his finger into the crack of the back of your pants pretty forcefully. It happened on numerous occasions,” Burnett said.

We reached out for comment through Hanson’s cell phone and was sent to voicemail. He didn’t respond to our text message either, so we are still waiting to hear from him. At first, Burnett and Holliday said they were scared to talk in fear of retaliation, but now they say they want action taken.

“As an officer in the Seminole Police Department, do you think he should be fired?” we asked Burnett.

“Yes, I would be. A hundred percent,” he said

“It could hurt the business and I’m sure it will hurt the business, but we have to stand up for us,” Holliday said. “We have fought for us our entire lives. It’s not just us, it’s the citizens of this city.”

The ACLU of Oklahoma released the following statement:

“The comments and conduct attributed to Seminole Police Chief David Hanson, if true, are completely unacceptable.  Law enforcement personnel have a unique position of trust and authority and the Chief of Police is the ultimate symbol of that authority.  Along with that authority comes a responsibility to all of the city’s citizens. It is unacceptable for a public official – especially a public official in a position of highest authority – to demean, disparage, and ridicule the persons whom he is obligated to protect and to serve.

A city’s culture starts at the top and the City of Seminole has committed to an independent and thorough investigation of these allegations.  We commend them for that action," said Micheal Redman, interim legal director.