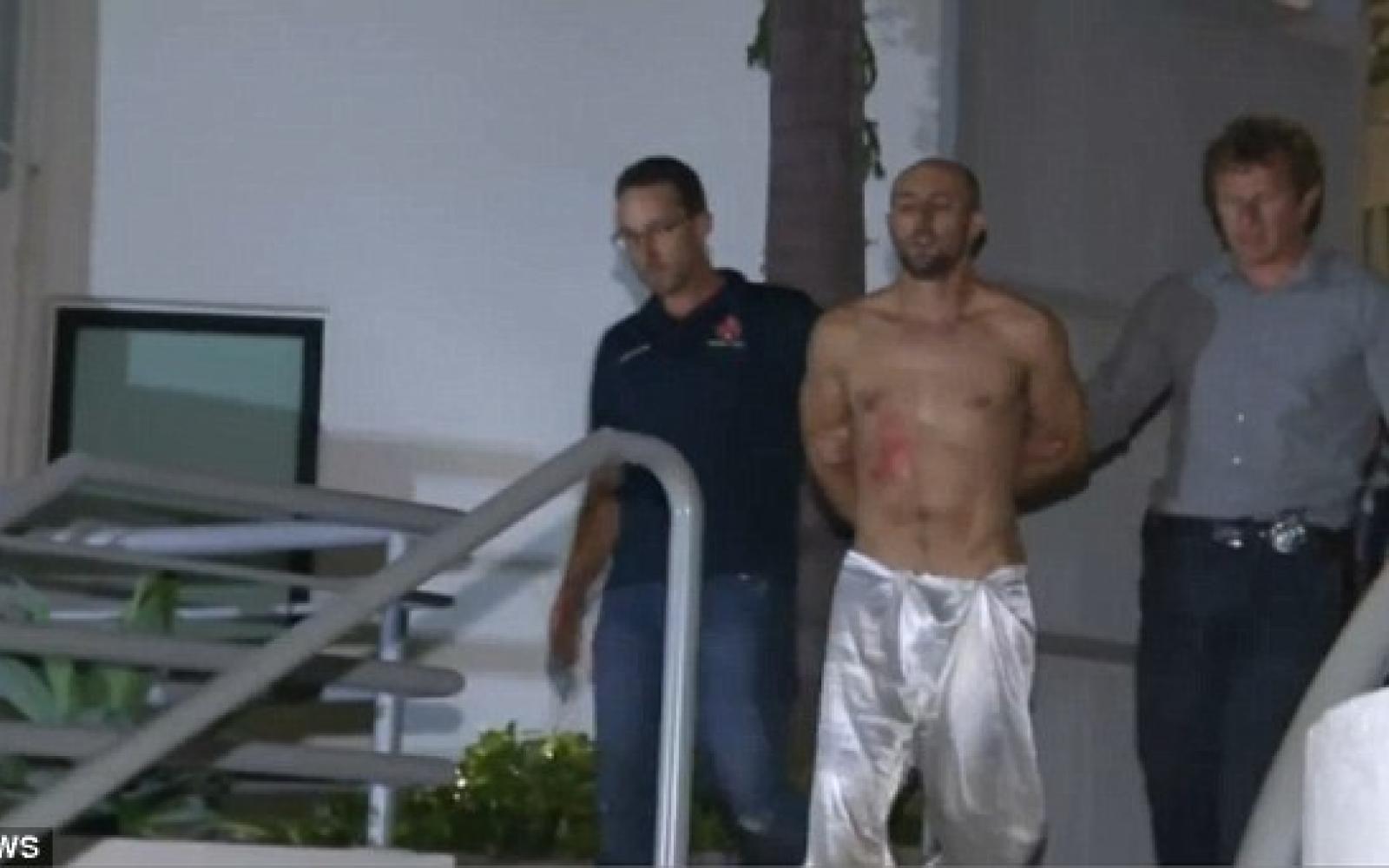 An eastside Indianapolis man stabbed his boyfriend after the other man refused to go buy more alcohol to drink, according to police.

A report from the Indianapolis Metropolitan Police Department said Eric Sharp, 40, had already been drinking in a motel room Thursday when he told the other man to leave and go buy more liquor. The other man refused, telling Sharp he didn’t have any money.

The men had been living at a motel in the 6800 block of East 21st Street. They began to argue over the drinks and the other man’s refusal to go buy more.

The argument escalated, with Sharp hitting the other man in the head. He also “kicked him in his ribs and on the spine,” according to the report.

The other man told Sharp he was calling police. After that, Sharp picked up a knife and stabbed the other man in the back of the leg, the report said.

Around 1:45 p.m., an IMPD officer saw the victim running from the motel room and waving frantically to get the officer’s attention. He explained what happened and said Sharp had walked to a nearby gas station.

Another officer took Sharp into custody. Police found a bloody knife inside the motel room and arrested him for battery.

Medical crews treated the victim at the scene. The man refused additional treatment and declined to go to an area hospital for examination.