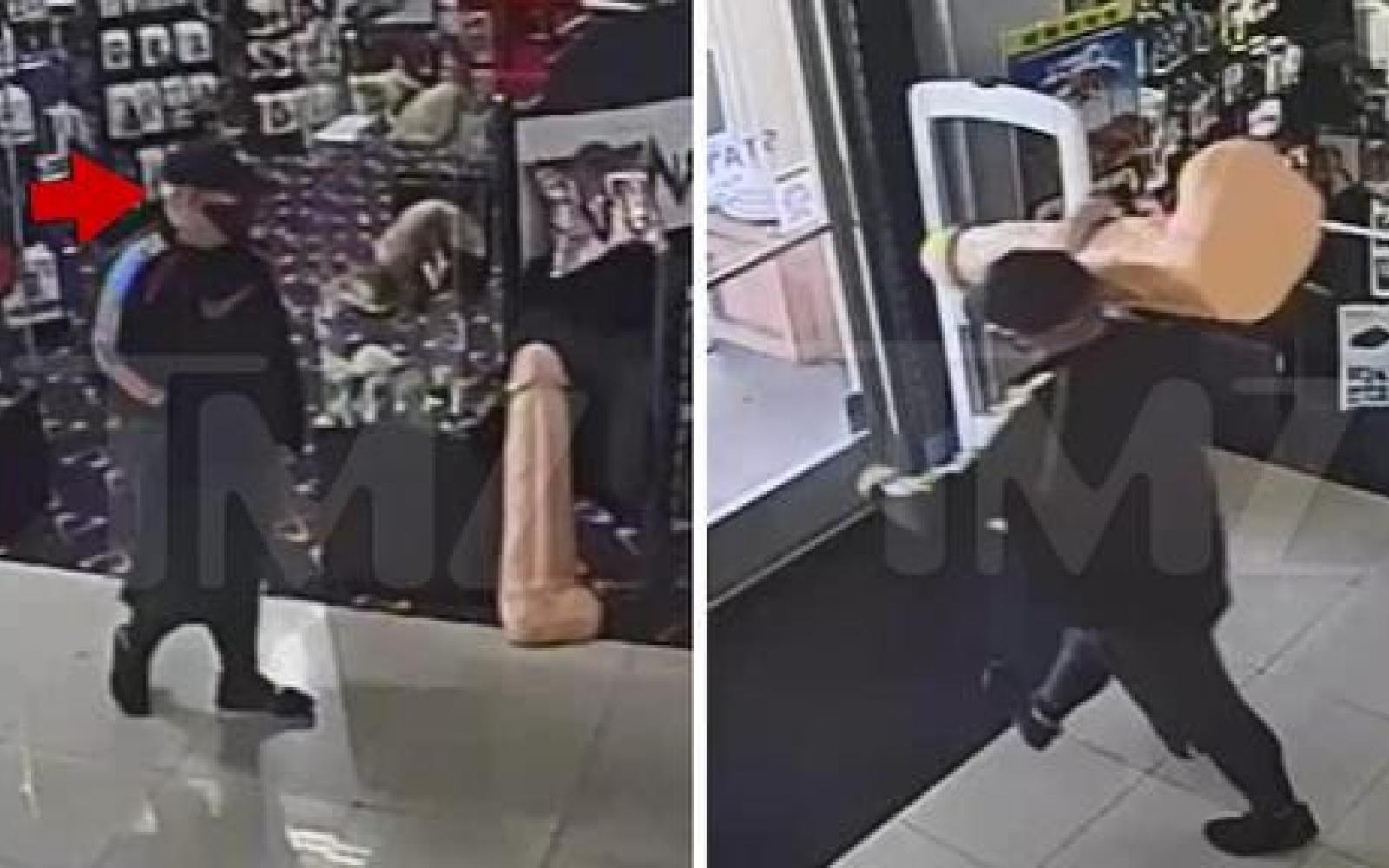 We don't even wanna know what he plans on doing with that.  Its 3 feet long and 40lbs.  If they do find him we're pretty sure the store wouldn't want it back.

We're told the suspect struck July 14 in broad daylight, and surveillance footage shows him calmly strolling into the Deja Vu Love Boutique in Las Vegas ... and walking out with the massive sex toy slung over his shoulder.

According to the police report, the guy -- whose ID was concealed by a face mask -- crammed the phallus into a white car, similar to a Dodge Caliber, and made a clean getaway.

Deja Vu is now offering a cash reward for any info leading to Moby Dick's return. Little incentive for all you amateur Ahabs out there.