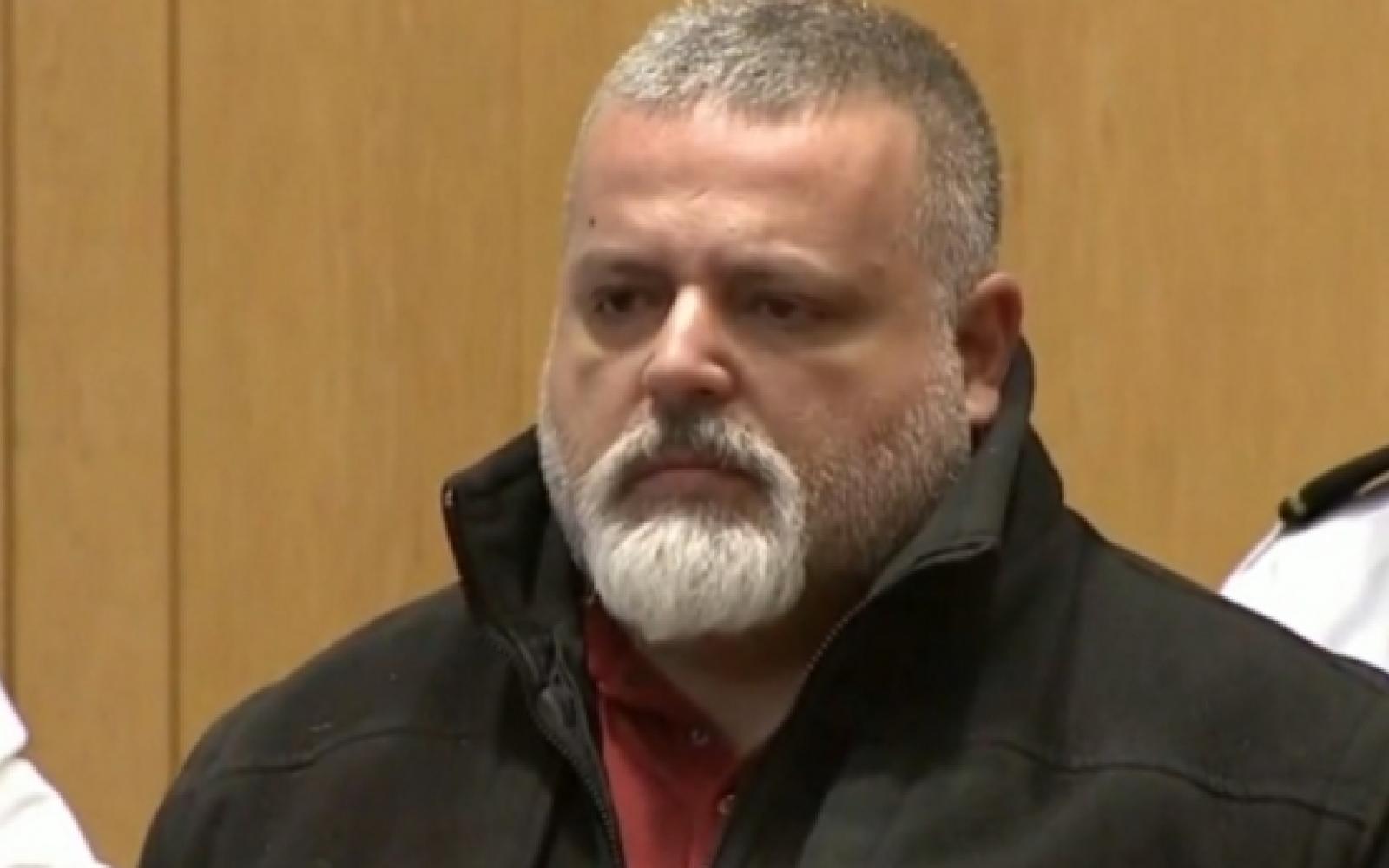 A police officer accused of raping a child is being held without bail pending a dangerousness hearing. Carlos Vieira, 49, has been a member of the Lawrence Police Department since 1999.

Vieira was arraigned in Lawrence District Court Tuesday. He was charged with two counts of aggravated rape of a child and two counts of indecent assault and battery on a child under 14. A dangerousness hearing will take place on Friday.

The Essex District Attorney’s Office announced Vieira’s arrest Monday. They said there was a month-long investigation after the victim’s mother reported her son had met Vieira through a social media app over the summer when the boy was 13 years old.

According to prosecutor Kim Faitella, the two found each other on Grindr and then met in a park. The boy kept quiet for months until he recognized Vieira as he worked to direct traffic during the Merrimack Valley gas explosions.

Vieira allegedly confirmed to police that he was directing traffic at the same intersection the boy had stated.

The victim’s mother did not go to the police because Vieira was a police officer. Instead, she got an attorney who contacted the D.A., said Faitella.

Vieira’s defense attorney, Gil Nason told WBZ-TV outside court, “The big question here is identification as to whether or not they even picked the right person.”

He said there was a photo array without a positive identification, but could not go into any further details.

A dark SUV registered under Vieira’s name that matches the description of the one the child said he had a sexual encounter in has been seized by police.

“That’s an accusation. That’s sometimes all it takes. As far as we know, there is no DNA, there’s no forensics in this case. It’s just an I.D. of somebody saying something. And that’s why we’re here.”

According to Nason, Vieira has not only been a police officer for twenty years, but he has also received numerous awards on the job and is a Marine veteran. He was “distraught” and “stunned” by the accusations, and said there is no relationship at all between them.

“Maybe [the victim] is telling the truth, maybe he just has the wrong person,” Nason said.

He is also concerned about Vieira’s wellbeing in prison, considering he is a police officer.

Vieira has also been placed on administrative leave.