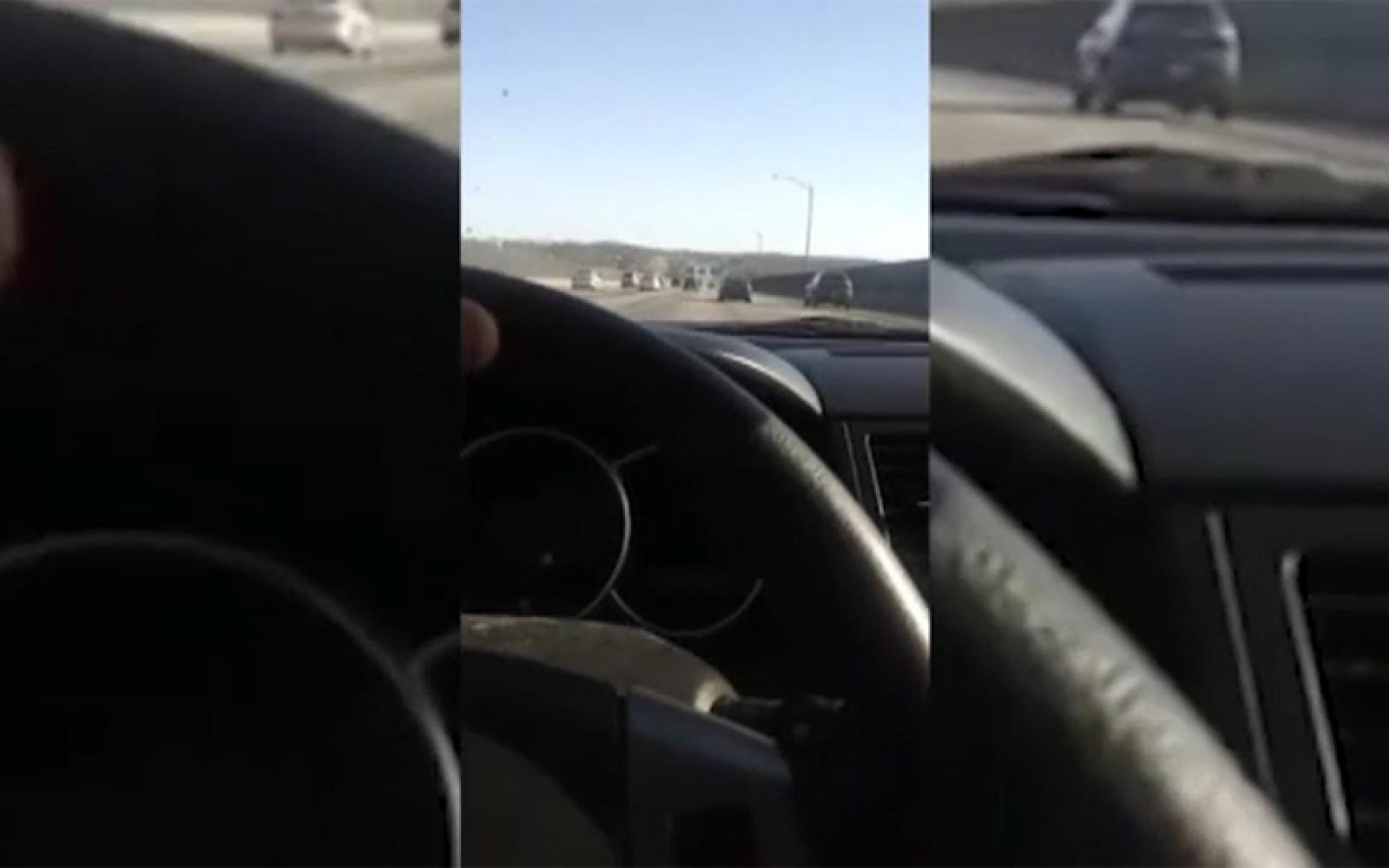 A man who was live streaming while driving over 100 mph (160 kph) crashed his car in Connecticut, according to state police.

Connecticut State Police posted the driver’s video of the crash on Monday.

Kenneth Hofler, 23, of Middletown, was using his phone to record himself driving over the Gold Star Memorial Bridge Saturday morning, officials said. He was reportedly driving with a suspended license.

A trooper followed Hofler as he sped onto an exit, where he drove through a guardrail and rolled over.

Hofler’s video shows him filming the road ahead of him and his speedometer before losing control on the off-ramp and dropping his phone.

At the time of the crash, Hofler was free on a $35,000 bond from an October arrest and in possession of more than one ounce of marijuana. He was detained and taken to Lawrence and Memorial Hospital with minor injuries, police said.

Hofler has a criminal record that dates to 2014. He was issued a misdemeanor summons for reckless driving, driving with a suspended license, driving without insurance and possession of marijuana.

The case is not listed in court records, and it’s unclear if he has an attorney to speak for him.