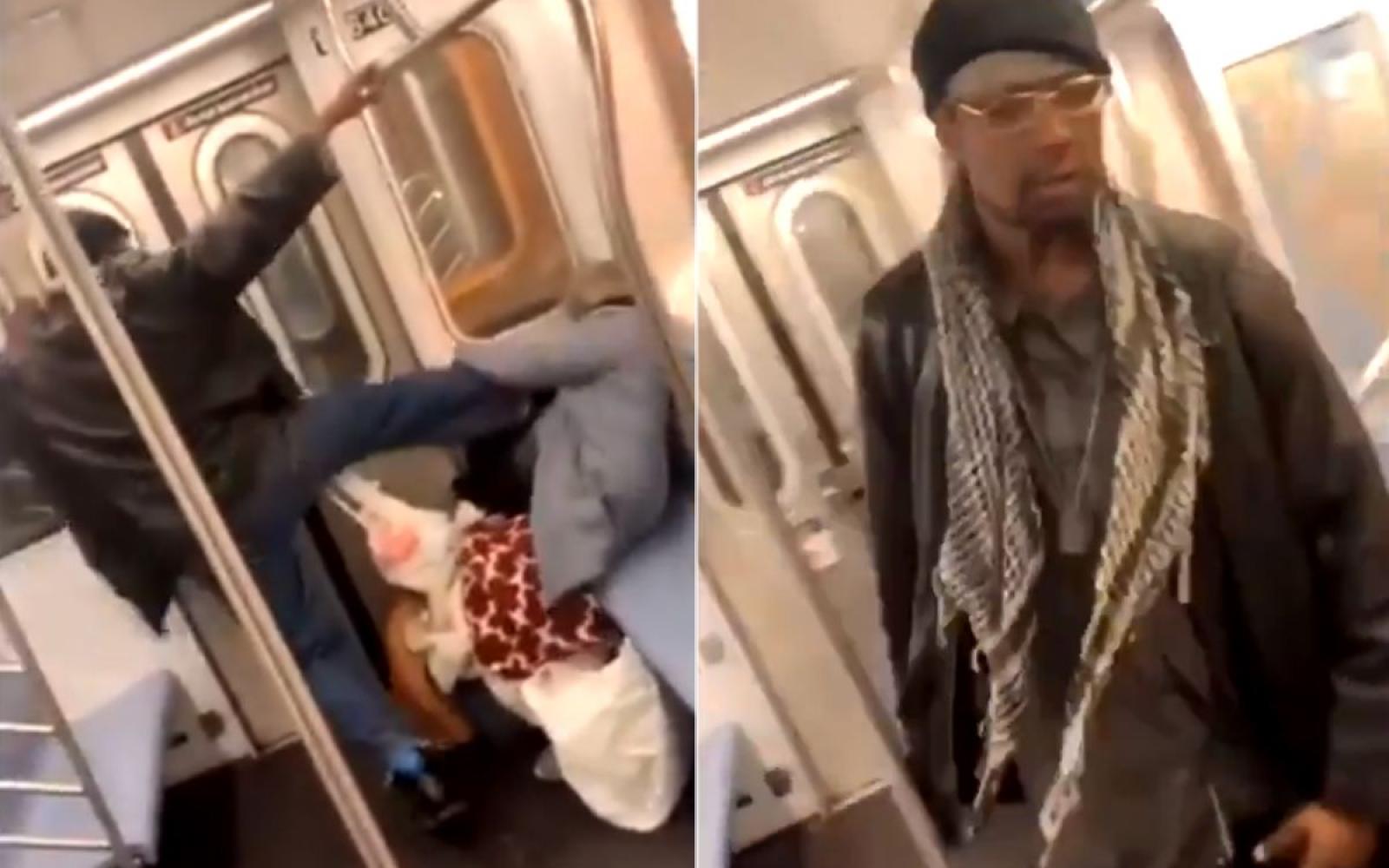 An elderly woman was repeatedly kicked in the face and body during a savage Bronx subway attack caught on video.

The video, which was posted to Twitter by user @BKLYNRELL1, shows the man assaulting the 78-year-old victim as she is sitting in a northbound No. 2 train around 3 a.m. March 10, police said.

The woman, who was alone, tries to defend herself as he continues to attack her — all while other straphangers can be heard shouting in the background.

As the train was stopped at Nereid Avenue, the man yells something at his victim before turning around, looking at the camera and shouting, “WorldStar that, my n—a.”

No one called 911 right away, police said, and the person behind the camera continued recording the woman as she held her hand to her head.

Cops weren’t notified until the train arrived at the next and last stop, at Wakefield-241st Street station, when a bystander approached a police officer in the station.

“It’s terrible,” an MTA worker told the Post on Friday at the Nereid Avenue station. “I can’t believe something like that could happen.”

The employee, who asked to remain anonymous, said community affairs officers had been to the station Friday morning. They showed her the video, she said, but she did not recognize him.

The victim was treated at the station by EMS for bleeding and swelling, but refused additional medical attention.

Investigators are hoping to speak to the victim, and are searching for her attacker.

NYPD Chief of Detectives Dermot Shea pleading with the public in a tweet to come forward with any information about the attack.

“Individual below is WANTED for a heinous attack of an elderly woman aboard a #2 train on March 10, 2019, at approx 3:10am, at the Nereid Ave Station in the #Bronx,” he tweeted. “If you know who he is or have info, contact CRIMESTOPPERS @NYPDTips ANONYMOUSLY 800-577-TIPS #YourCityYourCall.”

An MTA official promised the agency would do all it can to help catch the kicker.

“This is an extremely disturbing video,” said spokeswoman Amanda Kwan. “The NYPD is actively investigating this incident and we will offer any and all assistance we can provide.”