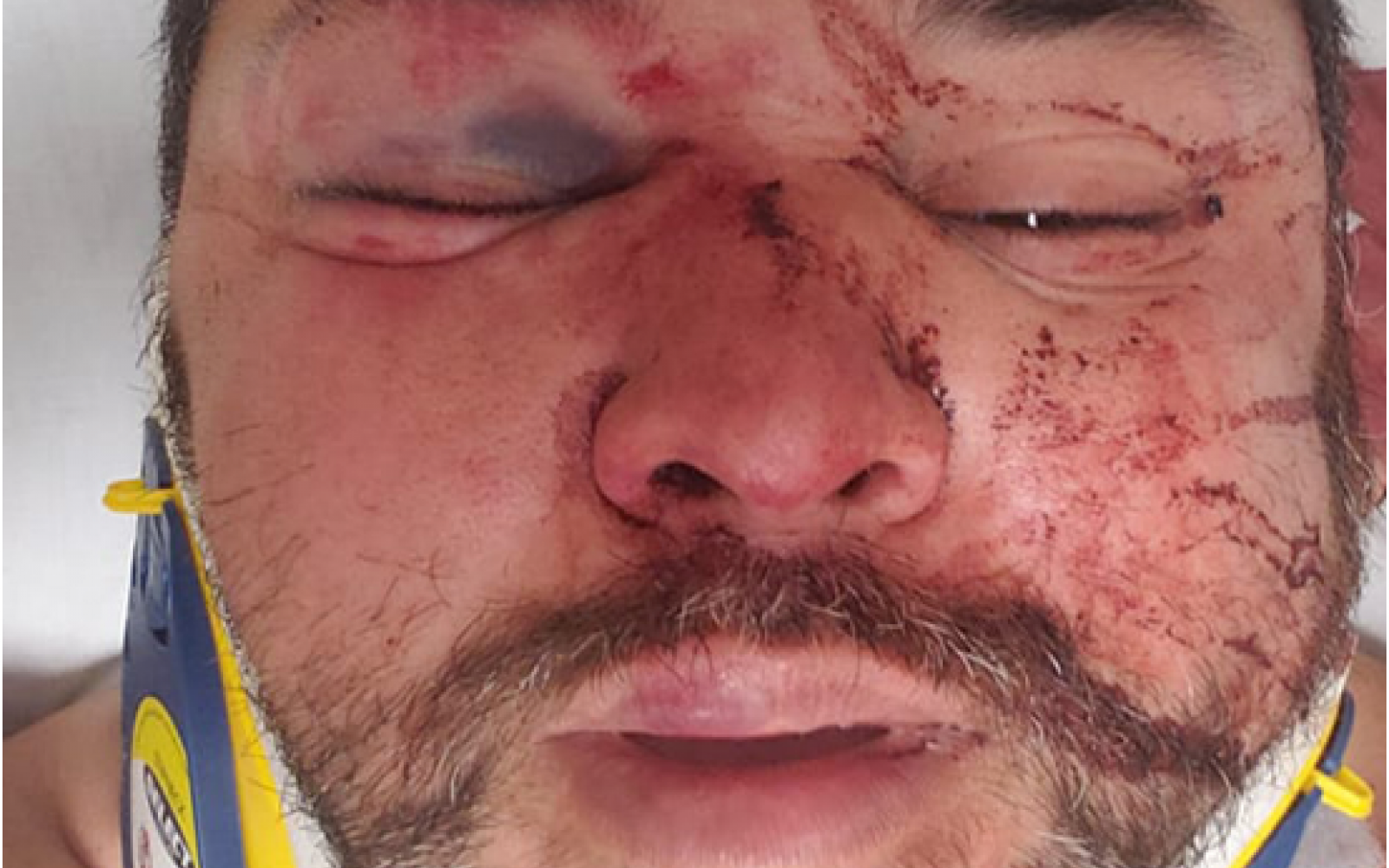 A Phoenix man badly beaten by a group of strangers is hoping the public will help bring them to justice. Now, police officials have released surveillance video showing the faces of the suspected attackers.

The surveillance video was taken near 1st Street and Adams a month ago, and according to police, it shows the suspects running from the scene of a violent attack.

"What they did was wrong, and frankly, I don't know how anybody can live with themselves, knowing they hurt another human being like this," said Cesar Marin.

Marin said he had been driving his convertible with his music turned up when he stopped because a woman was crossing the street in front of him. That woman stopped and looked at him.

"And I just yelled out, 'go ahead girl', telling her to go ahead and cross, and she just started staring me down and took an extra long puff of her cigarette, and flicked the cigarette right at my face," said Marin.

Marin said the woman also called him a derogatory name. Marin then pulled over, got out of his car, and tried to find the burning cigarette butt. That's when Marin said he was ambushed and beaten.

The four suspects are described as a tall black female with long braided hair, a white female with light colored shoulder length hair, and two men with beards.

"I think the motive was because I'm gay," said Marin.

Police, however, have not labeled this incident as a hate crime at this point. The suspects are wanted on aggravated assault charges.

Anyone with information should leave an anonymous tip by calling Silent Witness at 480-WITNESS.