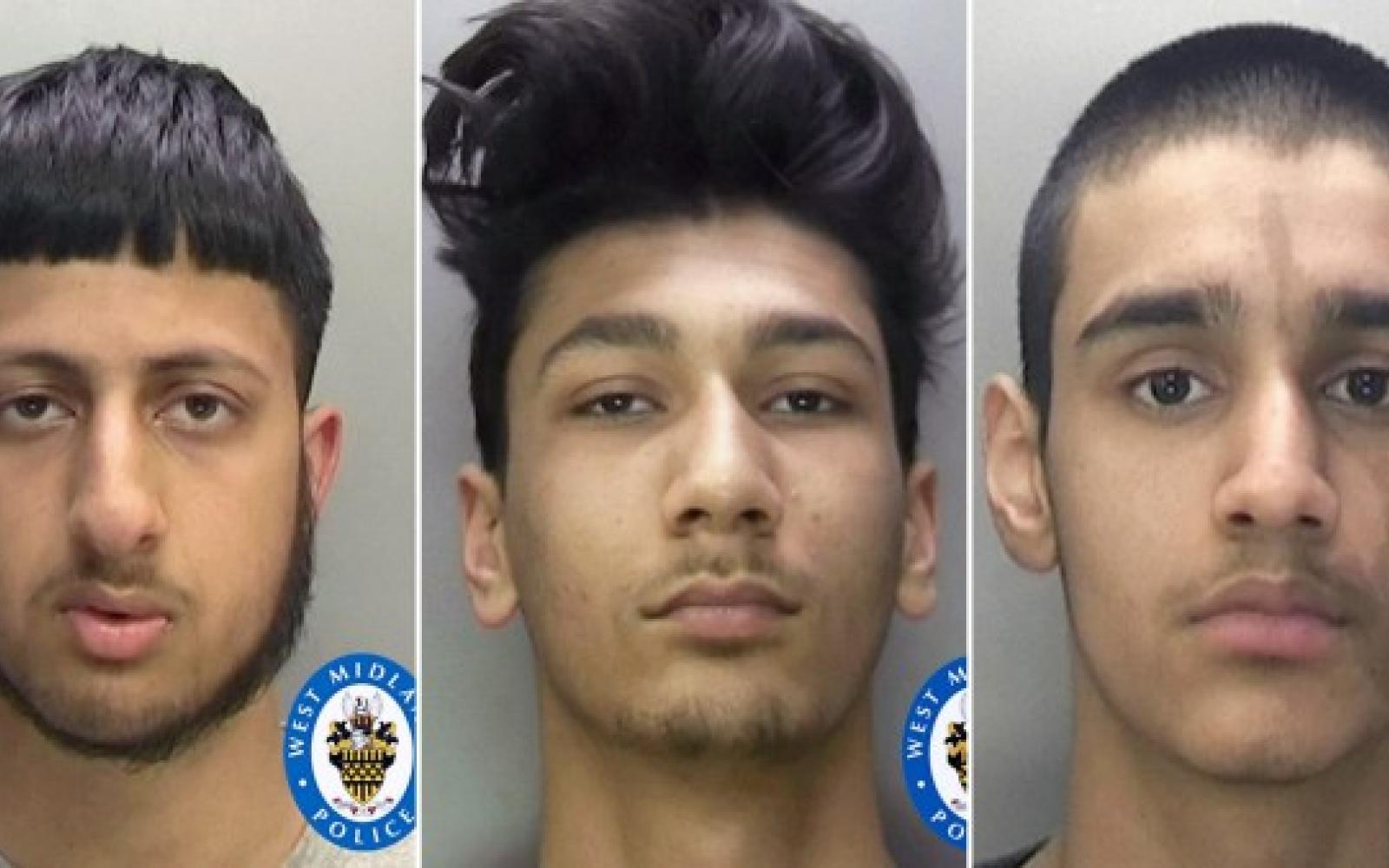 Three teenagers who lured gay men on dates and launched horrific homophobic attacks have been jailed for more than 37 years.
Mohammed Sohail Khan, Qaasim Ahmad, and Muhammad Umar, all aged 18, created fake Grindr profiles before meeting their dates in Birmingham. They attacked and robbed their victims, tied them up and assaulted them as they yelled homophobic comments. One victims was spat at and urinated on during a traumatic two hour ordeal. The gang pulled down his trousers and took a video of his genitals while making derogatory comments, Birmingham Live reports.

Another had a pair of socks stuffed into his mouth and was forced to walk through dog excrement, while a third was threatened with having his head superimposed on to a video of a paedophile, Birmingham Crown court heard.

The first attack took place on January 5 2019 with three further reports being made to authorities on March 18, 24 and 29. After a major police hunt was launched, forensic scientists were finally able to trace Umar when he spat on one of his dates, leaving DNA evidence on his clothing. He was arrested in the Bordesley Green area of the city along with two other teenagers who were later released without charge.

Khan and Ahmad were identified as suspects after and arrested at their homes on March 30. In a victim impact statement during a trial at Birmingham Crown Court, one victim said he was knocked to the ground, bound and ‘threatened with being stabbed’.

He said: ‘As the punches hit my head and face I was expecting to be stabbed at any moment, it felt like hours as I was forced to lay face down in the dirt with my hands and legs bound not knowing if I would ever see my family again.’

Another said ‘every time something reminds me of the attack, it takes me to a bad place and it affects my sleep’. He said: ‘It is the memory of the fear of having that screwdriver rammed in my eye, that moment where the young man was threatening to do that.’ The court heard how the blood of one victim was found on the sleeve of a Canada Goose trial presented at the trial and that evidence was found on all three suspects’ phones.

CCTV from shops and cash machines where the teenagers had used their victims’ stolen bank cards were also discovered. Khan and Umar pleaded guilty to both conspiracy to burgle and conspiracy to rob and false imprisonment.

Ahmad was found guilty of all three crimes following a 13 day trial. On December 11, Ahmad and Khan were each sentenced to 13 years and four months, while Umar was given 11 years and three months.

All three will be subject to an extended licence period due to the severity of their homophobic hate crimes. Police believe the gang may have robbed more victims who are too scared to speak out and have urged them to come forward.

Man on Universal Credit given just £7 to get through Christmas After the case, West Midlands Police’s Detective Chief Inspector Ian Ingram said the teenagers had showed ‘no remorse for what they had done’. In police interviews and ‘seemingly had no grasp of the trauma they had subjected their victims to’.

Det Chief Inspt Ingram added: ‘I know it took the four victims in this case a huge amount of bravery and courage to come forward and support the criminal justice process through to trial – and I commend them for doing so.

‘Their evidence enabled us to launch a full scale investigation and a build a strong case, which ultimately brought the offenders to justice, and has undoubtedly prevented many other people from becoming a victim.’