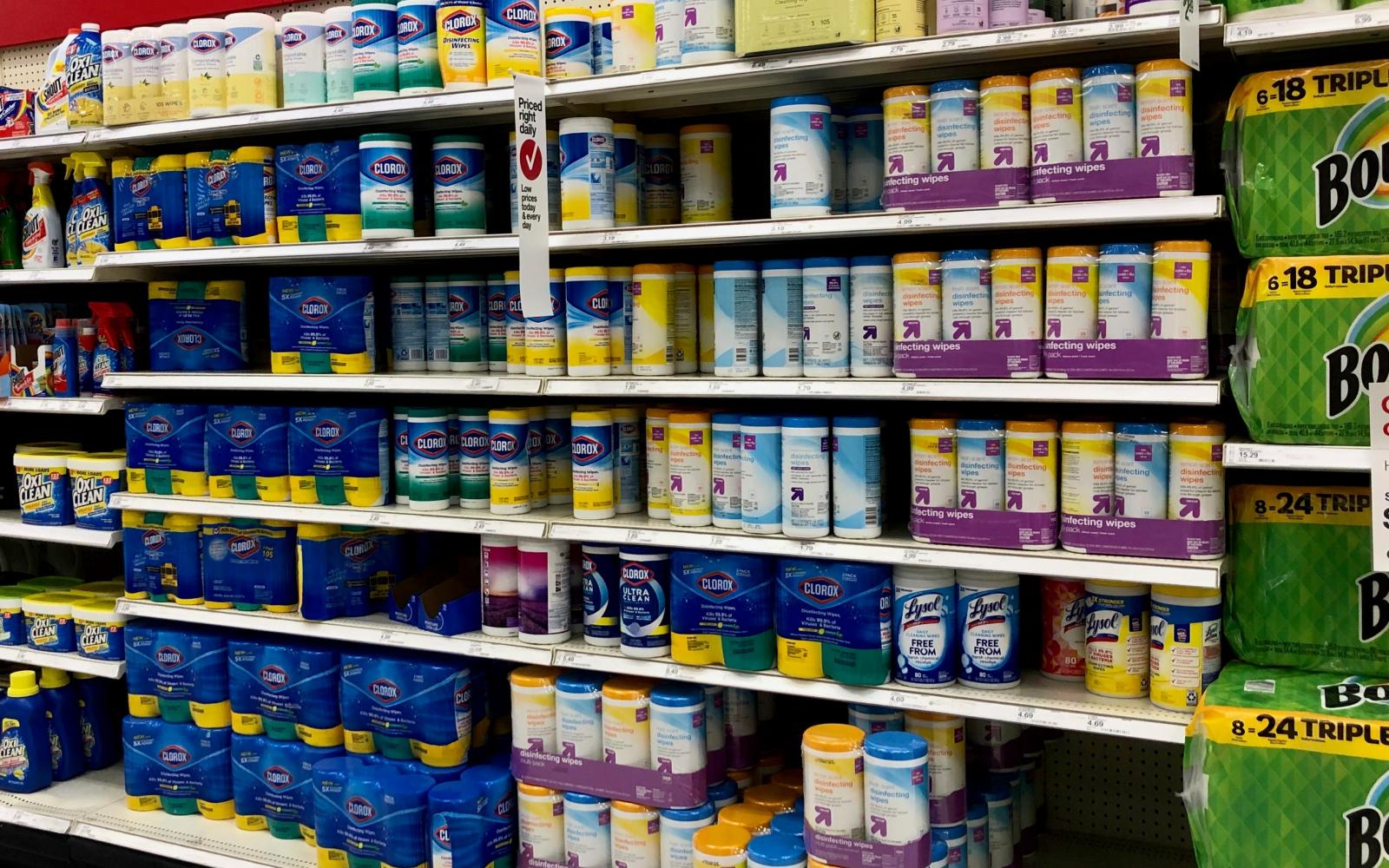 Officials say two men in Georgia who have suffered from psychiatric problems ingested household chemicals in an effort to protect themselves against COVID-19, The Atlanta Journal-Constitution reports.

Gaylord Lopez, director of the Georgia Poison Center, told the newspaper that a man was hospitalized on Saturday after he claimed to have ingested 16 ounces of bleach in a bid "to prevent COVID."

"He said that he took 16 ounces," Lopez said. "I don't know very many patients who will take 16 ounces, but then again, it is a psych history patient."

Lopez said the man was later transported to a psychiatric ward and has since been released.

The director said another man had also been hospitalized after drinking Pine-sol mixed with mouthwash, beer and pain medication.

It's unclear, Lopez said, whether the two men had tried ingesting the cleaners after listening to remarks President Trump made about disinfectants at a press conference last week.

"We don't ask the question of, was it because they watched a TV show?" he told the paper. "We are just told, 'What do we do for these patients?' And it's our job to try to give them treatment advice to make sure these patients make it."

During a press briefing last week, Trump discussed the possibility of injecting disinfectants as a potential coronavirus treatment.

"So, supposing we hit the body with a tremendous - whether it's ultraviolet or just very powerful light - and I think you said that hasn't been checked but you're going to test it," Trump said at the time. "And then I said, supposing you brought the light inside of the body, which you can do either through the skin or in some other way. And I think you said you're going to test that, too. Sounds interesting."

"I see the disinfectant - where it knocks it out in a minute, one minute. And is there a way we can do something like that, by injection inside or almost a cleaning?" he asked at the briefing.

Trump, who has since said that he was being sarcastic during the briefing, sparked a backlash from a number of critics and health experts over the remarks.

His comments came under more scrutiny in the days that followed after poison control centers in a number of states reported a rise in calls about exposure to household cleaners following the president's briefing.

However, the Centers for Disease Control and Prevention said earlier this month that calls to poison control centers relating to exposure to cleaners and disinfectants rose by 20 percent in the first quarter this year compared with the first quarter the year before.

In Georgia, Lopez said, one of the main causes behind the state's rise in such calls in the past month is primarily due to product-mixing.

"When you mix bleach with certain types of chemicals, you produce a reaction that can cause release of noxious and toxic gases, and if you inhale enough of this stuff, you can induce a chemical pneumonia," he told the paper.