Possum Breaks Into Liquor Store, Passes Out After Drinking Whole Bottle of Courvoisier 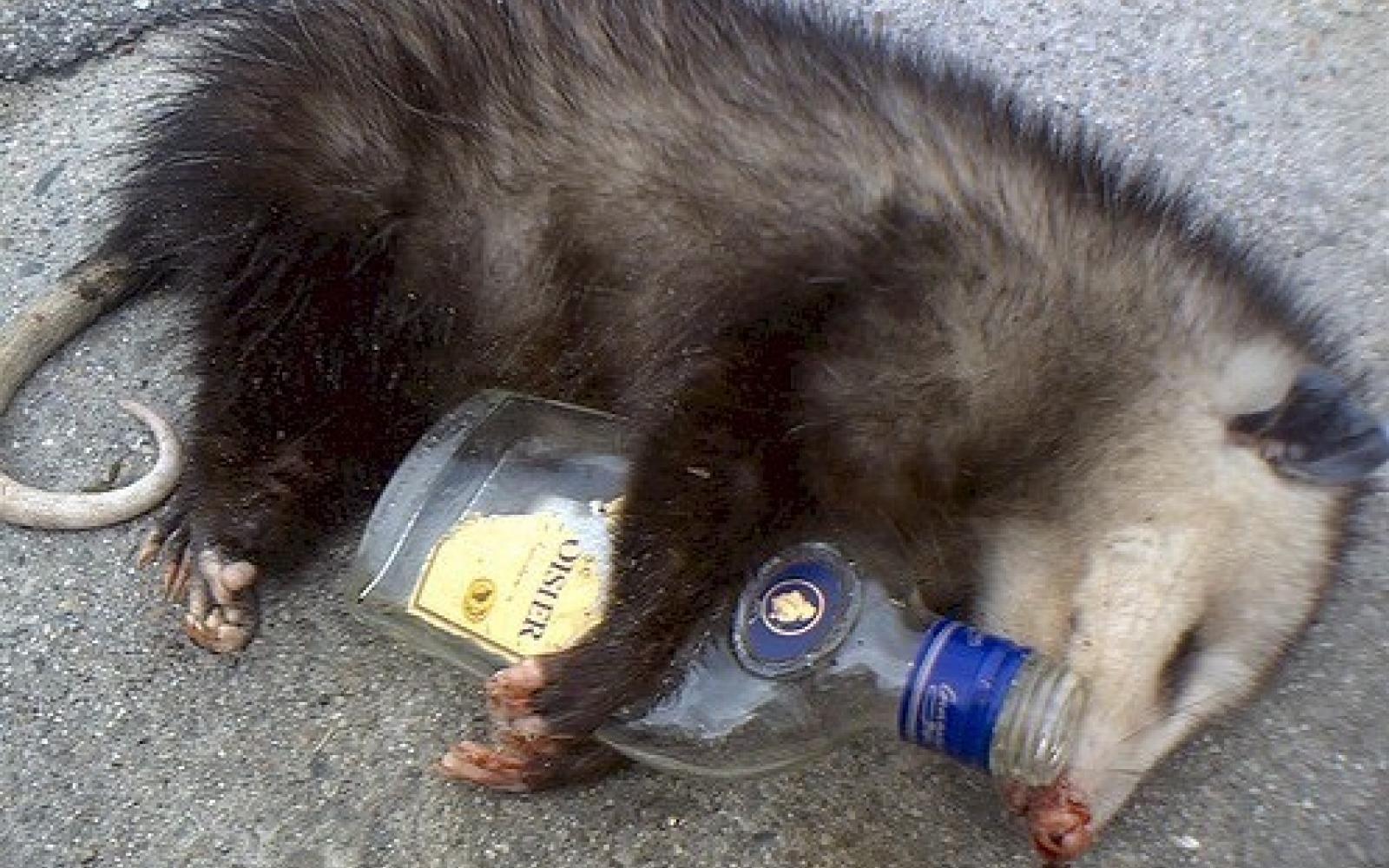 FORT WALTON BEACH, Fla. — An opossum that apparently drank courvoisier after breaking into a Florida liquor store sobered up at a wildlife rescue center and was released unharmed.

Emerald Coast Wildlife Refuge officials say the opossum was brought in by a Fort Walton Beach, Florida, police officer. A liquor store employee found the animal next to a broken and empty bottle of courvoisier.

“A worker there found the opossum up on a shelf next to a cracked open bottle of liquor with nothing in it,” said Michelle Pettis, a technician at the refuge. “She definitely wasn’t fully acting normal.”

Pettis told the Northwest Florida Daily News the female opossum appeared disoriented, was excessively salivating and was pale. The staff pumped the marsupial full of fluids and cared for her as she sobered up.

“We loaded her up with fluids to help flush out any alcohol toxins,” Pettis said. “She was good a couple of days later.”

Pettis says the opossum did not appear to have a hangover.

The store owner, Cash Moore, says he never had an opossum break in before.

“She came in from the outside and was up in the rafters, and when she came through she knocked a bottle of liquor off the shelf,” Moore said. “When she got down on the floor she drank the whole damn bottle.”

“But it just goes to show that even the animals are impressed with Cash’s,” he said.

The animal was released later that day.