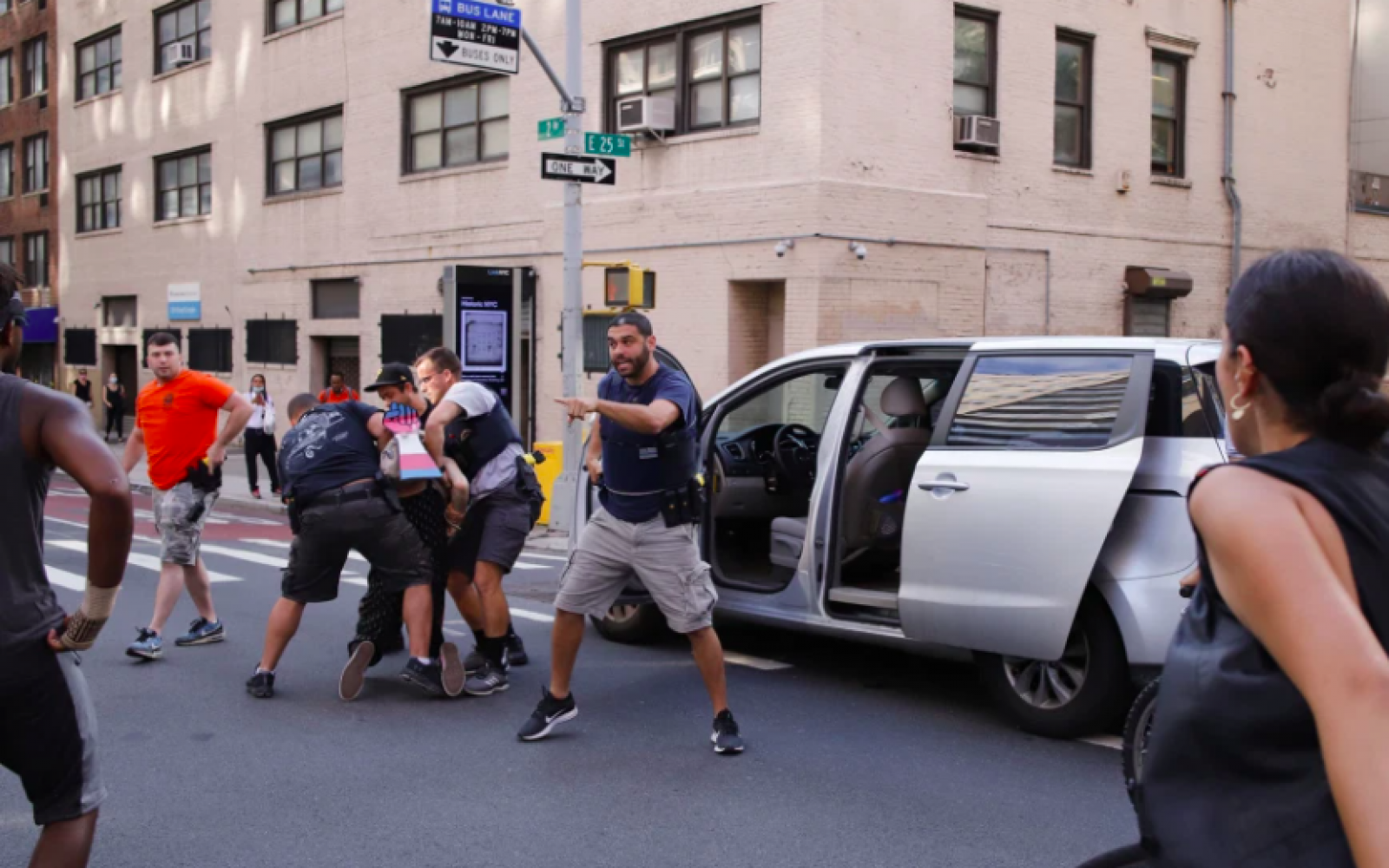 Video shows NYPD officers arresting a protest leader and dragging her into an unmarked minivan van and doused onlookers with pepper spray during an anti-police brutality march in Manhattan on Tuesday night.

The individual, who friends identified as an 18-year-old trans woman named Nicki, was grabbed from the group by plainclothes officers at 25th Street and Second Avenue. Video shows a man in an orange shirt marked "Warrant Squad" helping to push the woman into a silver KIA minivan before driving away.

Witnesses said the arrest came as roughly 200 people were leaving a small plaza on 26th Street where they had stopped for a skateboarding event, amid a planned 24-hour demonstration against the NYPD and the raid of City Hall earlier this month.

"Suddenly there was an unmarked grey van that moved out in front of us that had been waiting for us," said Derrick, a 32-year-old protester, who declined to give his last name. "Four guys jumped out and a line of police bicycles came out from down the block — we hadn't seen them. They pushed us back. They grabbed Nicki like she was a rag doll...They had her arms on her neck and then they drove off."

"They're targeting our leaders," he added. "That's what's going to happen now."

As videos of the arrest sparked outrage online, the NYPD tweeted that the woman was "wanted for damaging police cameras during 5 separate criminal incidents in & around City Hall Park." They added that officers were assaulted by rocks and bottles in the process of making the arrest.

City Council Speaker Corey Johnson called the arrest "incredibly disturbing." Public Advocate Jumaane Williams said he was concerned about the video and trying to get answers.

Asked about the incident, Mayor Bill de Blasio's deputy press secretary, Julia Arredondo, forwarded links to the NYPD's statement on Twitter. She did not respond to an inquiry about whether de Blasio had personally seen the video, or if this was an appropriate arrest of someone accused of criminal mischief.

Following the arrest, protesters continued marching to Madison Square Park, where they were met with dozens of NYPD officers wielding riot shields and bikes. Video shows police arresting several more protesters for being in the street outside the park. A photographer who goes by Budi was among those arrested, according to witnesses.