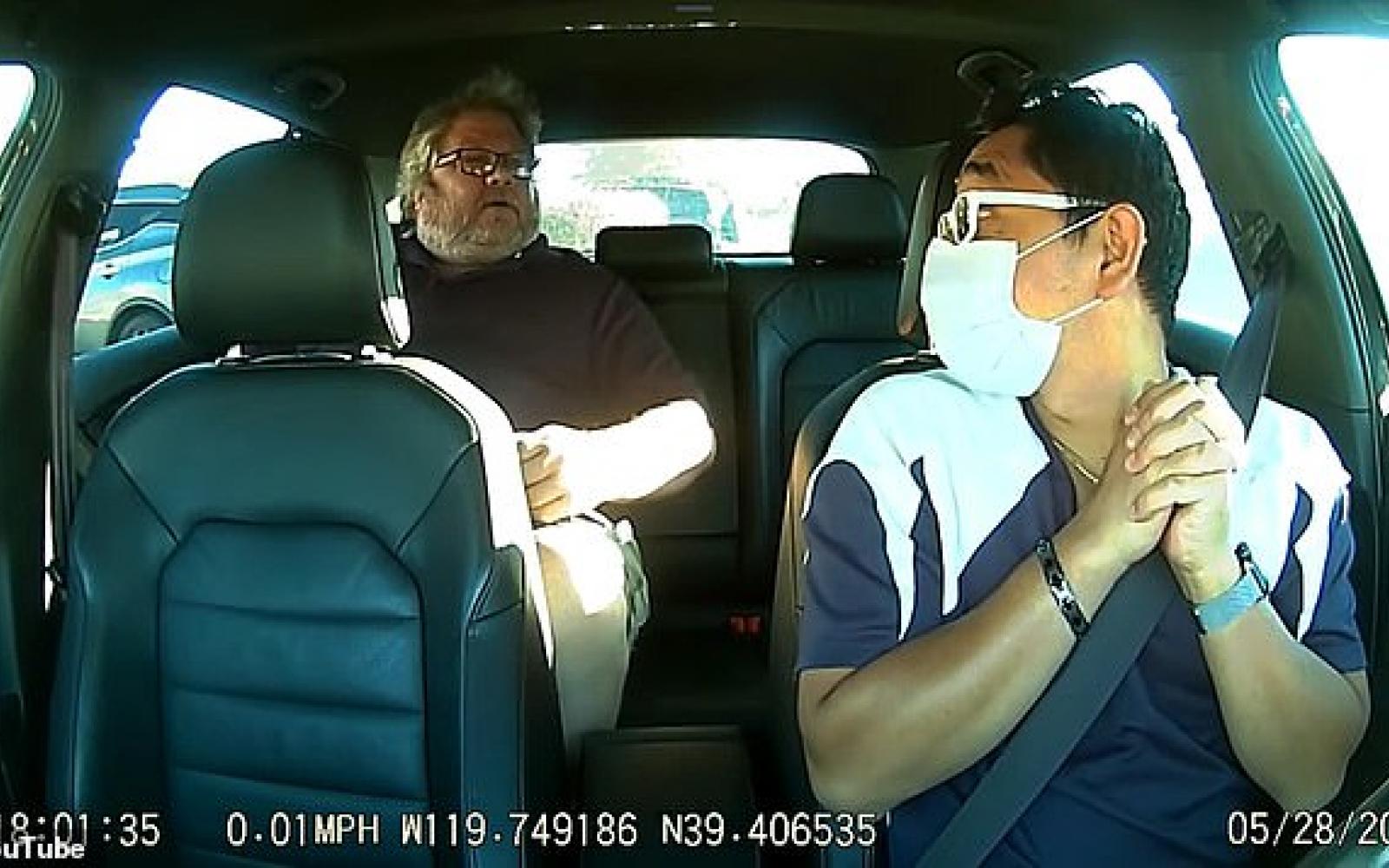 Being asked to wear a face covering was all it took for this Lyft passenger to unleash a rant chock full of racial slurs ... and the driver captured it all on video.

The racist rider got in the Lyft on May 28 in Reno, and things quickly turned racial and hostile after the driver asked him to wear a mask. ... for obvious reasons.

The passenger starts griping because he doesn't have a face covering, and tells the driver he doesn't believe in the coronavirus, despite the driver explaining he has family members who are infected.

After some bickering over the mask, the virus and the driver's route, the passenger starts making fun of the driver's accent and starts unleashing racial slurs.

The man seems to think he has a binding contract with the Lyft driver to take him home, but the driver takes a stand and ends the ride early, asking the man to get out ... and things keep going downhill.

The passenger calls the driver a "candy a** f****" and threatens to "crush your skull right now." And, he doesn't stop there.

The driver finally threatens to call the cops, and that's enough to get the man outta the back of his ride, but not before threatening to take his beef to Lyft.

We reached out to Lyft who tells us the rider has been banned and they're working with the driver to make sure he's alright. A rep tells us, "The behavior shown by the rider in this video is despicable and has no place on the Lyft platform. Lyft is committed to maintaining an inclusive and welcoming community, and discrimination is not tolerated."