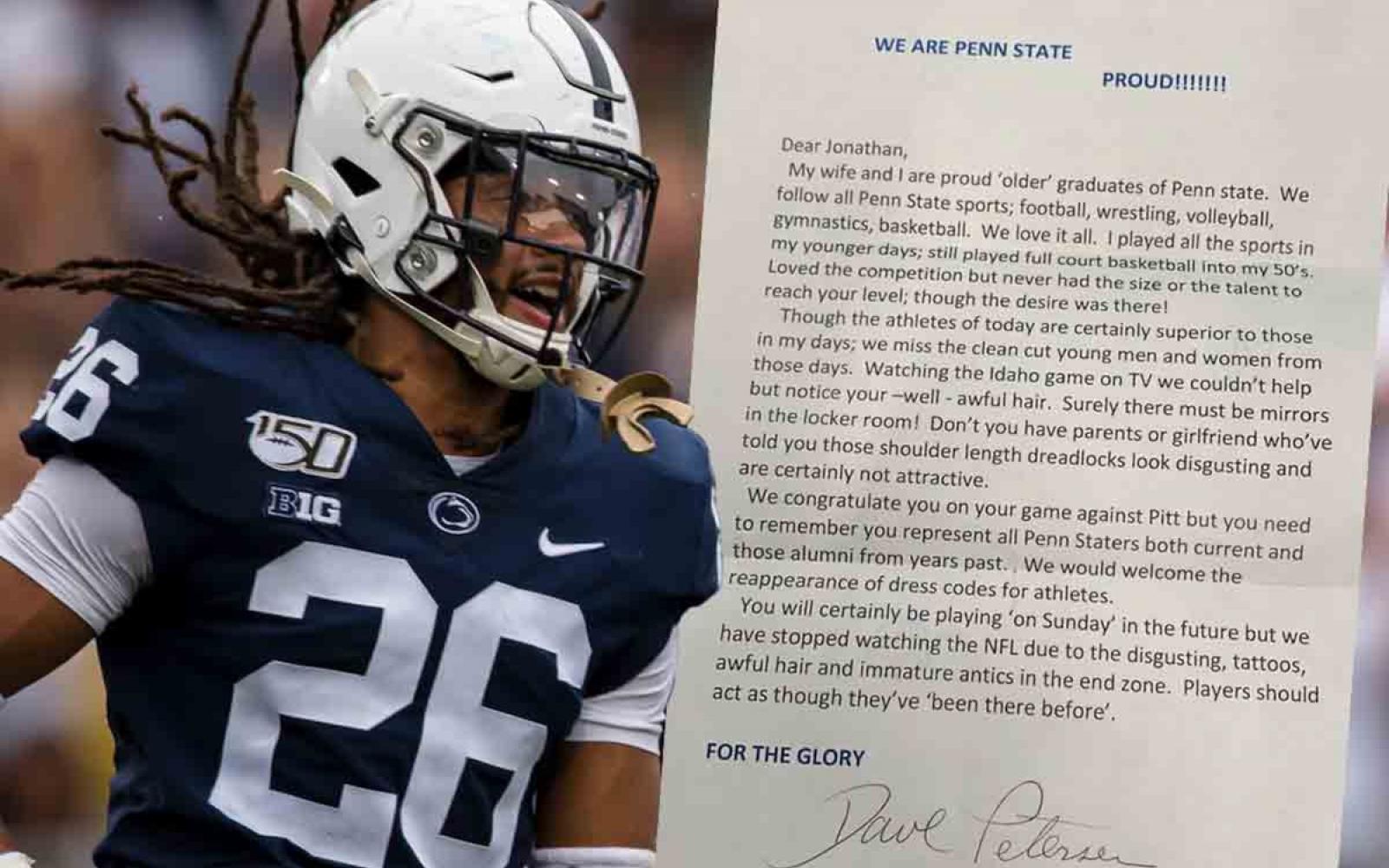 Penn State defensive end Antonio Shelton tweeted a fan letter sent to a teammate on Monday, asking his followers to “explain to me how this isn’t racist.”

On Monday night, a letter was posted to social media from Dave Petersen, who is said to be a 1966 Penn State grad and former football season ticket holder from Johnstown. In the letter, Petersen comments on Sutherland’s “awful hair" and says he misses “the clean-cut young men and women” from his day.

“The football that I know, and love, brings people together and embraces differences,” Franklin said. “Black, white, brown, Catholic, Jewish, or Muslim, rich or poor, rural or urban, Republican or Democrat, long hair, short hair or no hair, they’re all in the locker room together.”

Petersen’s letter prompted Jeff Ballou, who this year ran unsuccessfully for an alumni-elected seat on the Penn State Board of Trustees, to issue a letter of his own to trustees Chairman Mark Dambly, calling for him to condemn the comments from Petersen.

In the letter, he states Petersen “confused tradition with exclusion” and messages like that “certainly do not encourage a sense of community which I saw on campus last weekend during homecoming.”

Watching the Idaho game on TV we couldn’t help but notice your — well — awful hair. Surely there must be mirrors in the locker room! Don’t you have parents or girlfriend who’ve told you those shoulder length dreadlocks look disgusting and are certainly not attractive. (sic)

We congratulate you on your game against Pitt but you need to remember you represent all Penn Staters both current and those alumni from years past. We would welcome the reappearance of dress codes for athletes.

You will certainly be playing ‘on Sunday’ in the future but we have stopped watching the NFL due to the disgusting tattoos, awful hair and immature antics in the end zone. Players should act as though they’ve ‘been there before’.