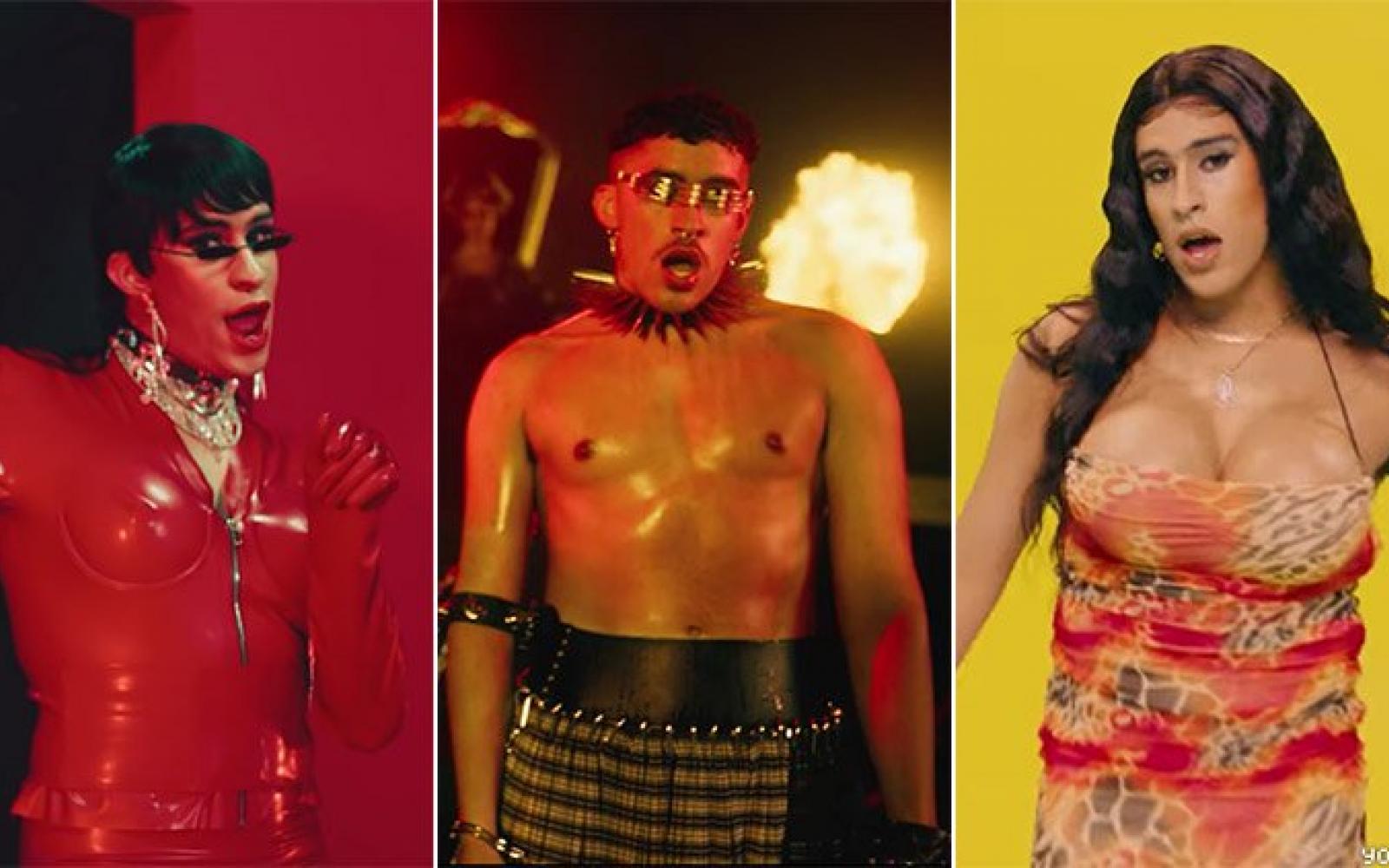 As if Bad Bunny’s last-minute sophomore release, YHLQMDLG, wasn’t enough of a surprise, on Friday the Puerto Rican star treated fans to a dramatic RuVeal, by making his drag debut in the jaw-dropping new video for “Yo Perreo Sola,” or “I Twerk Alone.”

Featuring vocals by the up-and-coming singer Nesi, “Yo Perreo Sola” is dedicated to those who desire to dance alone, and safely, at the club.

“I wrote it from the perspective of a woman,” Bad Bunny explained to Rolling Stone in a recent interview. “I wanted a woman’s voice to sing it — ‘yo perreo sola’ — because it doesn’t mean the same thing when a man sings it. But I do feel like that woman sometimes.”

In the new visual directed by Bad Bunny and Stillz, the singer opens the video in a red vinyl dress and matching thigh-high boots, dancing seductively for the camera. By the sheer power of his glamour, with one swipe he telekinetically knocks out a horde of fiendish men who try to approach him while he dances. Other women dance freely on their own as he sings, donning a high fashion kilt and chains, “Te llama si te necesita/Pero por ahora está solita/Ella perrea sola.” (“She’ll call you if she needs you/But for now she is alone/She twerks alone.”)

In the final frame reads a damning-but-necessary public service announcement on sexual harassment: “If she doesn’t want to dance with you, respect her, she twerks alone.”