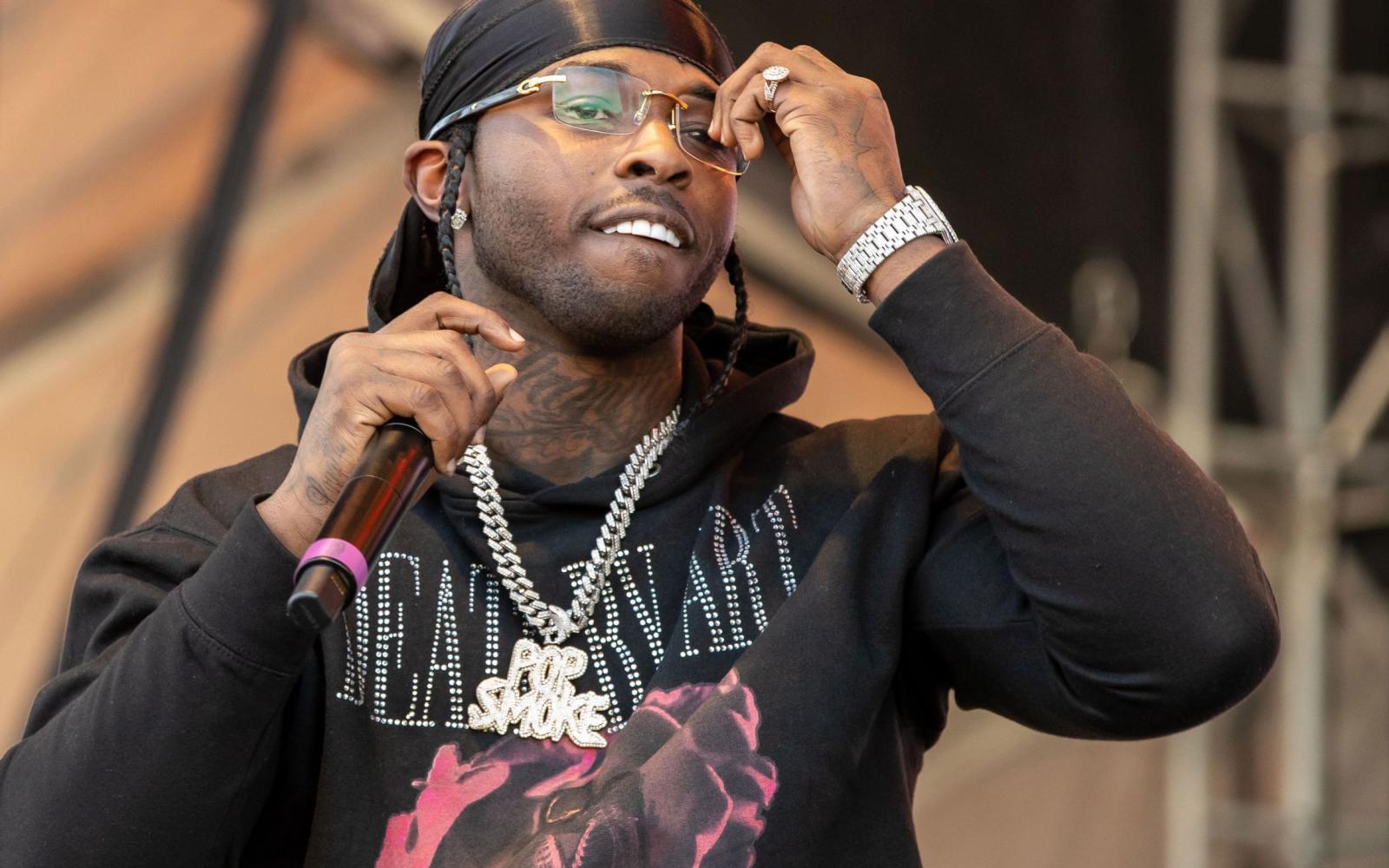 Officers responded after someone calling from the East Coast reported that several suspects had entered their friend’s home in Los Angeles shortly before 5 a.m. The person reported that at least one suspect was wearing a black mask and was armed with a handgun, said LAPD Capt. Steve Lurie.

When officers arrived at the $2.5-million home in the 2000 block of Hercules Drive, they found the 20-year-old rapper, whose legal name is Bashar Barakah Jackson, with gunshot wounds.

He was taken to a hospital, where he was pronounced dead. Officers detained several people inside the house, but they were later released. Two to six suspects fled the scene and had not been found, Lurie said.

Photos and videos on Pop Smoke’s Instagram story showed him in L.A., getting a haircut on Tuesday, and posing by the infinity pool in the backyard of the Hollywood Hills home where he was staying. Later that evening, he posted a photo of the Los Angeles skyline from what appeared to be the home’s backyard.

The rapper was one of the most promising voices from the New York drill scene, a regional variant of a hard-edged, gothic sound that originated in Chicago with acts like Chief Keef but also won popularity on the East Coast and in the U.K. His dense clusters of lyrics and the high-tension moods recalled an older era in New York rap, but his laconic delivery and gravelly timbre were entirely of the moment.

Typical of hip-hop today, his single “Welcome to the Party” — a menacing slice of noir produced by the London-based 808MeloBeats — became a streaming sensation in a matter of weeks, and allies including Nicki Minaj and the U.K. grime star Skepta quickly joined on a remix.

But Pop Smoke’s brief life in Brooklyn was troubled from the start. He claimed in interviews that he had been expelled from middle school for bringing a gun to campus. Even after his rise, his rough past caught up with him — what should have been a triumphant hometown set at New York’s Rolling Loud festival last year was thwarted when the NYPD requested that he and four other local rappers be pulled from the bill, citing “public safety concerns.”

“The above listed performers have been associated with recent acts of violence citywide,” wrote NYPD Assistant Chief Martin Morales in a letter to organizers. “The New York City Police Department believes if these individuals are allowed to perform, there will be a higher risk of violence.”

Last month, the rapper also was charged with stealing a $375,000 Rolls Royce in Los Angeles. It was found at his mother’s home in New York.

The slaying comes at a tense moment in hip-hop, when a generation of young artists like XXXTentacion, Lil Peep and Juice Wrld have died of drug overdoses or from street violence, and the L.A. rapper Nipsey Hussle was murdered outside his South L.A. clothing store.