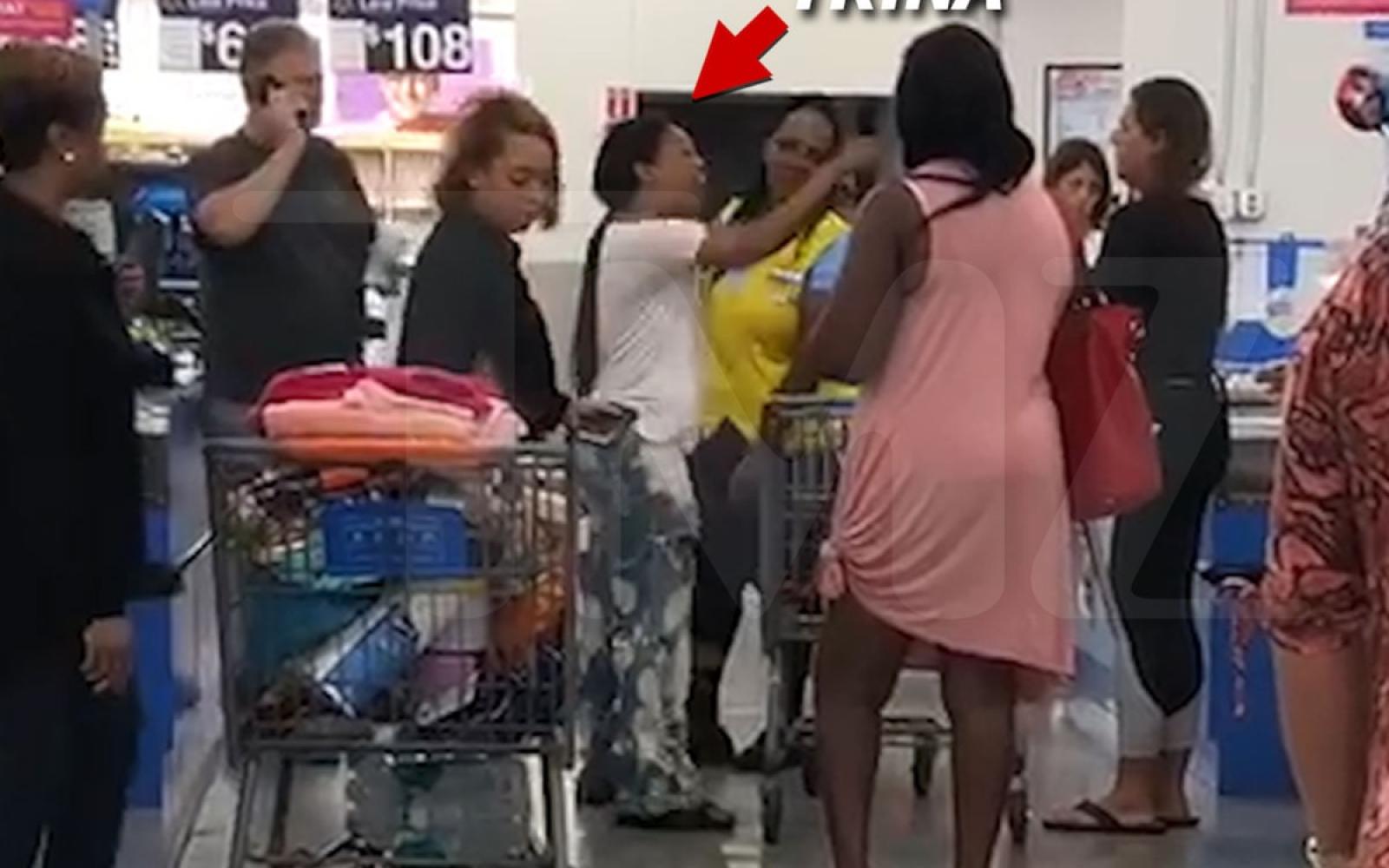 Trina's shopping trip to Walmart turned racial when another customer allegedly called her a "n***** bitch" ... and cops ended up getting involved.

Law enforcement sources tell TMZ ... someone inside the Walmart in Cooper City, FL called police after people started mouthing off and screaming at each other inside the store.

Witnesses who were there tell us Trina bumped into another woman in an aisle and the lady told Trina, "Watch out, you n****r bitch."

Trina lost it, and her epic rant was caught on video. You hear Trina screaming at a white woman, "say it again you dirty-ass bitch! I am a n****r bitch. Say it again! I dare you to say it!"

Our law enforcement sources say cops didn't take a police report because Trina decided against it. Officers escorted her out of the store to her car for safety measure.

We're told police did not speak with the woman who allegedly hurled the racial slur.