Real Love: Couple Stays Together After Woman's Wife Comes Out As Trans 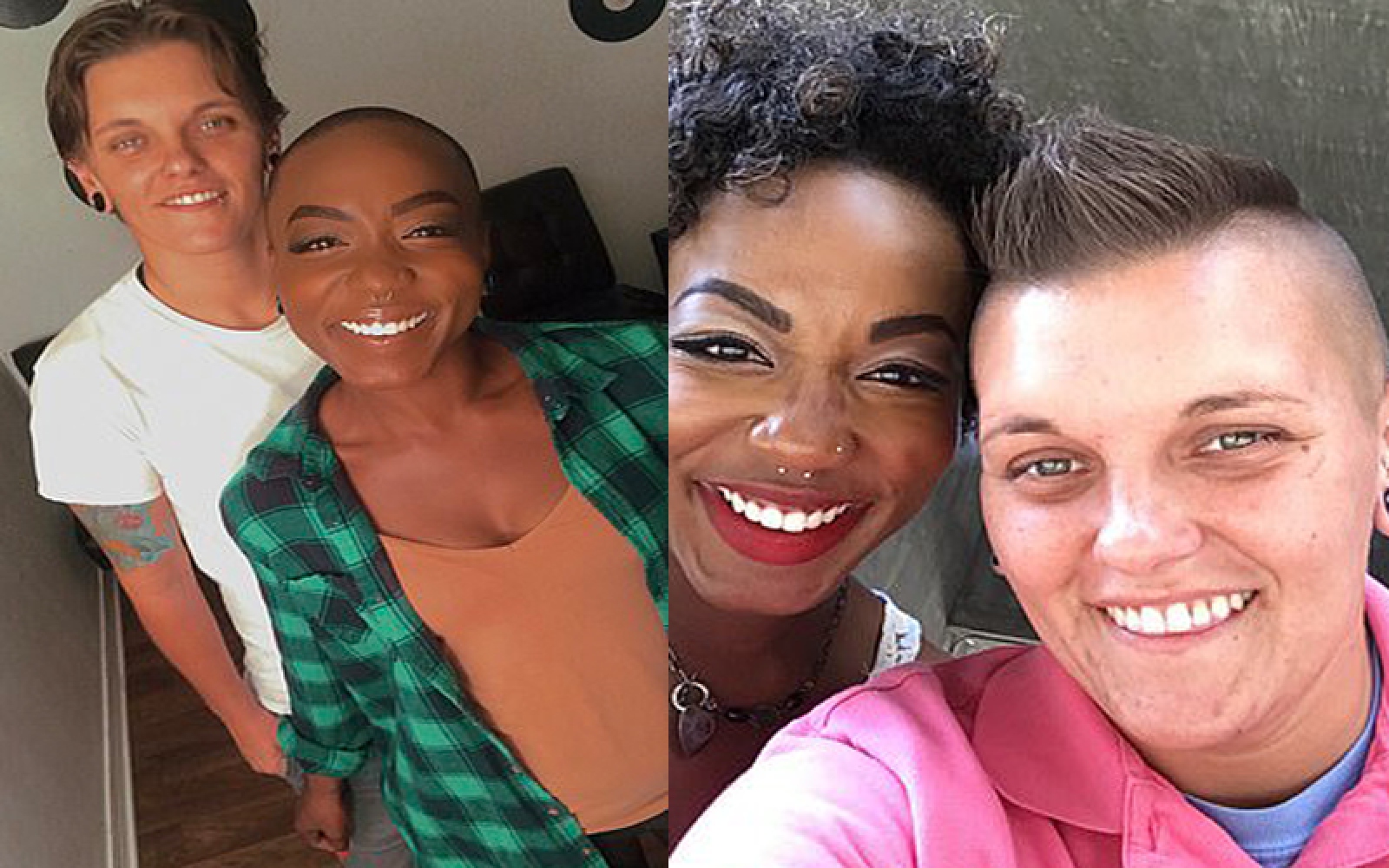 Proving that true love does exist, this couple is showing us what it means to be there for the one you love.

A woman's wife has now become her husband but the couple vowed to stay together while he transitions from female to male.

Blayr Batchelor, 27, married her then wife Kai-De Batchelor, 31, four years ago at an idyllic beach-side wedding in Florida, where they are both from.

However, their lives changed forever almost two years ago when assistant manager Kai-De came out as transgender to her wife.

Despite her shock at the revelation, Blayr vowed to stick with her soulmate as he began his transition and the pair, from Florida, now say the experience has brought them closer than ever.

Kai-De began taking testosterone in May of this year, shortly after the couple celebrated their fourth wedding anniversary.

Blayr, who is a hairstylist, said: 'I don't care if Kai-De is a boy or girl. I just love Kai-De.

'I know transitioning is what's going to make him happy.

'It took me a while to process it at first as we had been together for five years at the time and Kai-De was always a confident lesbian.

'I never thought he was struggling. We stayed together through staying open and connected. If I have questions, we sit down and talk together.

'It has brought us closer than we were before because we're talking through are feelings more.'

The soul mates first met in 2013 through mutual friends, while Blayr was working as a waitress at Hooters in Louisiana and Kai-De was living in Alabama.

Blayr initially ignored Kai-De's attempts to strike up conversation by text and the pair only met in person after he made the four-hour journey by car to her restaurant in Louisiana to confess his love for her in summer 2013.

Blayr moved in with Kai-De in Alabama a month after meeting and the lovebirds wed in April 2016 at a last-minute beach-side ceremony in Pensacola, Florida.

Despite their idyllic romance, deep down Kai-De was struggling with a secret he had kept hidden for almost 30 years.

He eventually confessed to Blayr by text on her birthday in September 2018 that he was transgender.

Blayr is now sharing their unique love story on her Instagram @thebatchelors420, in a hope of inspiring other couples where one partner is transitioning to stay together.

And despite changing genders, unlike many people in her situation Kai-De has no plans on changing her birth name.

He said: 'It's still new for me to get called "he" or "him", but many people accidentally called me sir before I came out.

I've been known as Kai-De for 31 years and have no plans of that changing.

'I kept it because it's the most trans name I could possibly have been given.

'I don't know how people would take it if I suddenly wasn't Kai-De any longer.'

Kai-De said: 'I was terrified about telling anyone the truth. I was worried I would be rejected.

'When I finally told Blayr it was a huge weight lifted off my shoulders. It's one of those things that I have always known.

'When I was four of five, I said I would get surgery to be a boy, but people told me I was being silly and was just a tomboy.

'I was groomed me to make me fit into a girl's world and I thought that was the word I had to live in.