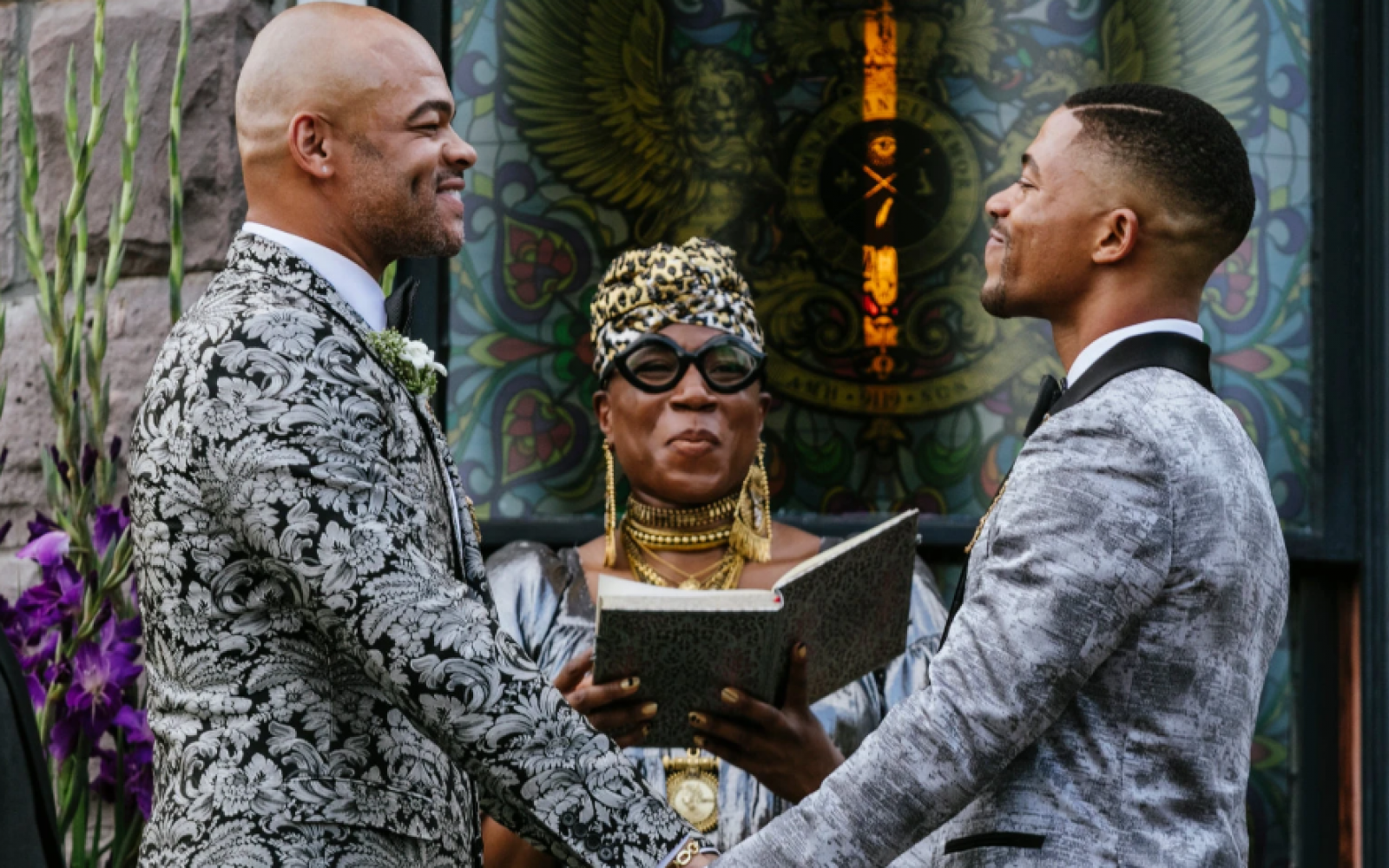 In a recent article for the New York Times, the star studded September 1, 2019 wedding of director Anthony Hemingway and his now husband Steven Norfleet was profiled.  In it they explain how they met, why they decided to get married and why black gay love is important.  Check out a few excerpts below: 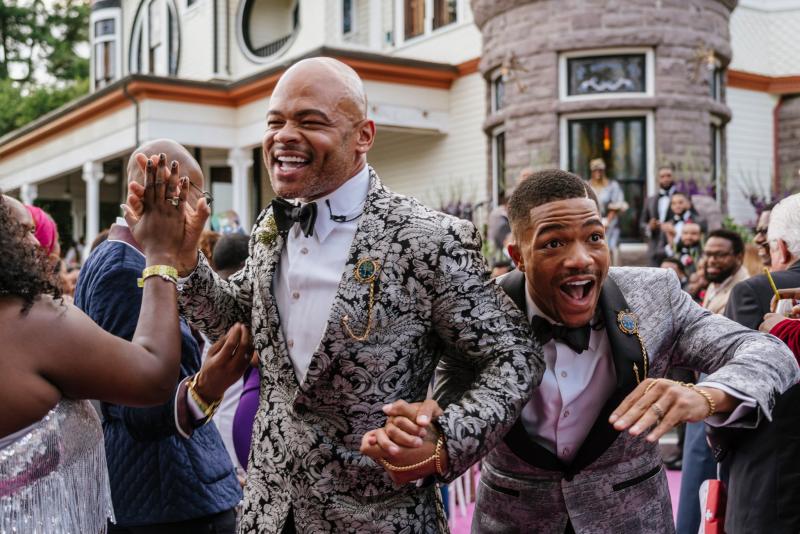 On how they met:

On Easter Sunday in 2014, Anthony Hemingway, a director and producer, was mingling with fellow congregants after a service at the Potter’s House at One LA in Los Angeles. Through the crowd gathered outside on La Brea Avenue, he noticed a friend chatting up a handsome stranger in a black suit, bow tie and round-frame glasses, bearing a striking resemblance to a young Malcolm X.

“I was trying to be present in the conversation I was having, but I kept finding myself looking over and counting the seconds to get out of it,” Mr. Hemingway said. “I had to figure out who this guy was my friend was talking to.”

The friend, Dondraico Johnson, who is an actor and choreographer, introduced Mr. Hemingway to the mysterious gentlemen, Steven Norfleet.

The two would run into each other a few more times that year. But it wasn’t until December that Mr. Norfleet sent Mr. Hemingway a text after seeing he had liked one of his Instagram photos. They began exchanging messages.

Mr. Norfleet arrived with two of his best friends but spent much of the night with Mr. Hemingway, flirting and taking pictures together in a photo booth.

The next day, the two attended a dinner party with Mr. Johnson, their mutual friend. Later, everyone went back to Mr. Johnson’s house, where Mr. Norfleet and Mr. Hemingway spent the rest of the evening talking about what each was looking for in a relationship.

“At this point I’m really falling for him,” Mr. Norfleet said.

It was around 2 a.m., and everyone was going home, but Mr. Norfleet wasn’t ready to give up the conversation. He texted Mr. Hemingway to ask if he was tired. He answered no.

“Of course, I was lying,” Mr. Hemingway said.

Mr. Norfleet asked if he would like some company, and Mr. Hemingway said yes.

“I go back to his house, he cracks a bottle of white wine, and we fall asleep,” Mr. Norfleet said. “We’ve been rocking ever since.” 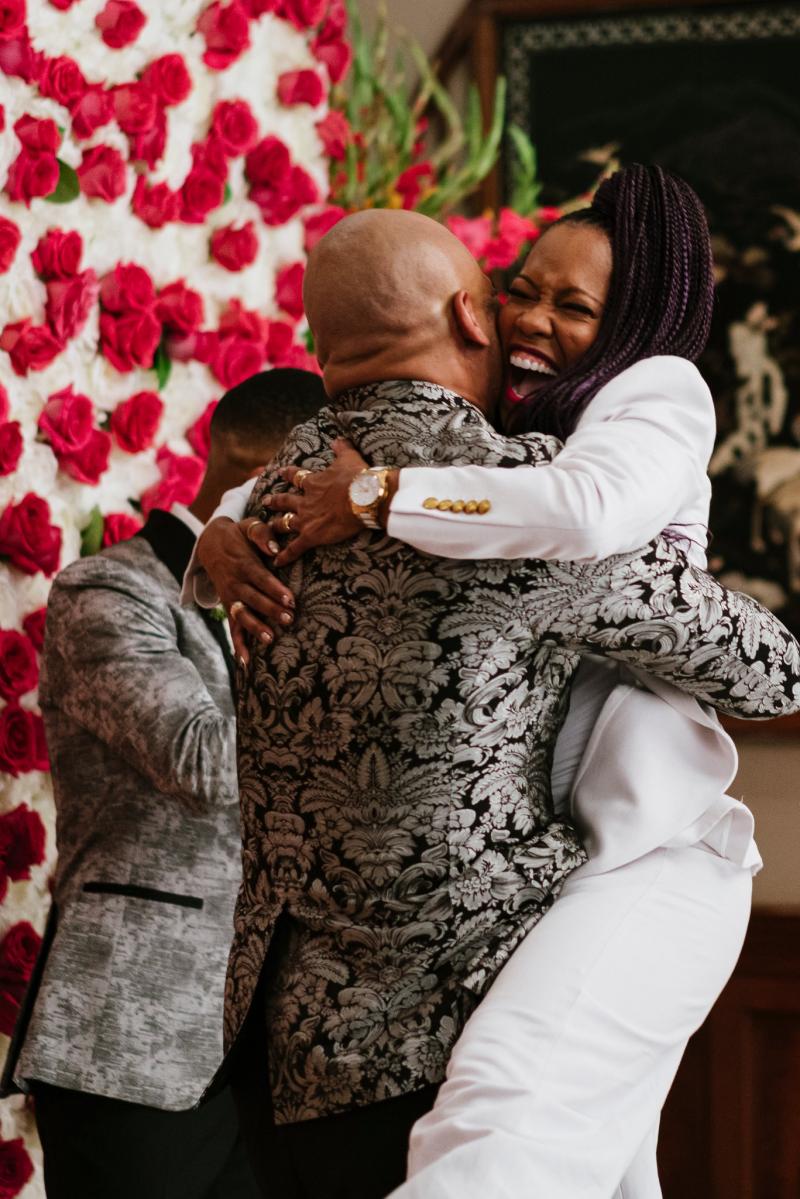 Making It Work While Working:

Mr. Hemingway, 44, is a director and producer of television shows including “The Wire,” “Shameless” and “The People vs. O.J. Simpson.” Mr. Norfleet, 31, has acted in TV series including “Chicago P.D.” and “Good Girls.”

To nurture their relationship, they practice small rituals such as waking up early to get breakfast together or reading a daily inspiration. “Having to work on the road, it causes a push and pull,” Mr. Hemingway said. “But it’s helped engage our commitment to each other.” 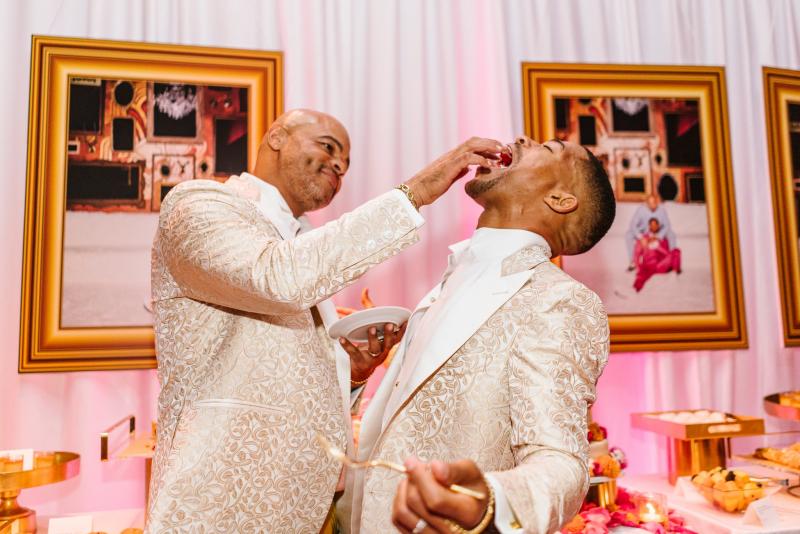 Aisha Hinds, an actor who met Mr. Hemingway on the HBO series “True Blood,” said the couple’s relationship serves as an example for others to express their identity. “It’s beautiful that they can stand as towers of inspiration for couples to feel a safe space to love one another openly,” she said.

Mr. Hemingway and Mr. Norfleet say they aim to present an empowered image for the African-American and L.G.B.T.Q. communities, both onscreen and in their personal lives. They often post about their relationship on Instagram and Facebook, where they have several thousand followers.

Mr. Hemingway, who’s been recognized by the NAACP and African-American Film Critics Association, has also established a foundation within his production company to support diverse voices in Hollywood. “It’s about being visible and contributing to the progress of the community and the culture and being one of the change agents moving us forward,” he said. “It’s something we have talked about and continue to talk about.”

Sharing their relationship publicly was new to Mr. Norfleet, who had not always been fully open about his sexual identity. It wasn’t until he started seeing Mr. Hemingway that he came out to many members of his family.

“My experience as an African-American man is that we can have it the hardest with being comfortable and open with our sexuality,” Mr. Norfleet said. “But once we got together, I realized this is someone that I’m truly in love with, and I don’t want to hide it.”

Both Mr. Hemingway and Mr. Norfleet had deeply religious upbringings, which in the past made it difficult for some in their families to fully embrace their identities as gay men. But the two say having grown up in church provides a spiritual foundation that brings them closer together.

The couple hopes to inspire others with similar backgrounds. “I want to show people, especially black men, that it’s O.K.,” Mr. Norfleet said. “And if you want to, you can share your love to the world.” 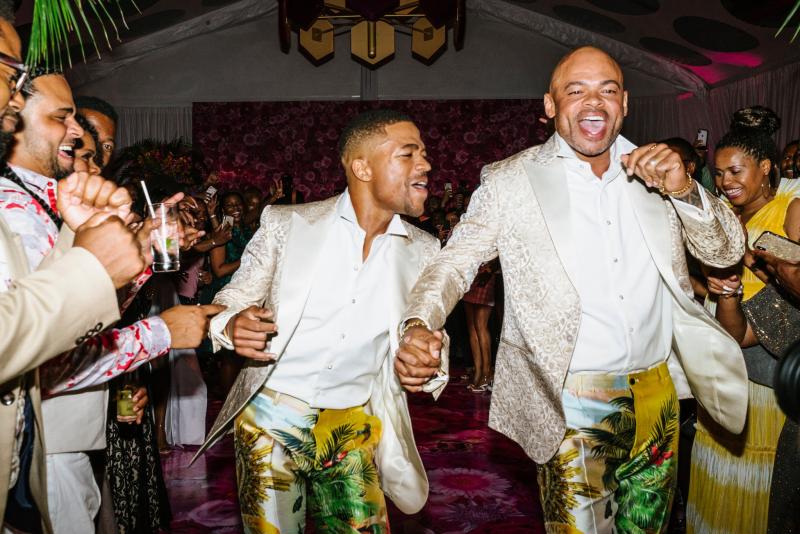 On Sept. 1, 2019, more than 300 guests gathered for the wedding at the Newhall Mansion overlooking the Santa Clara River Valley in Piru, Calif. The ceremony took place on the Victorian estate’s front steps, the railings ornamented with a garland of magenta orchids and purple lavender, in keeping with the wedding’s regal theme.

Check out the full article here