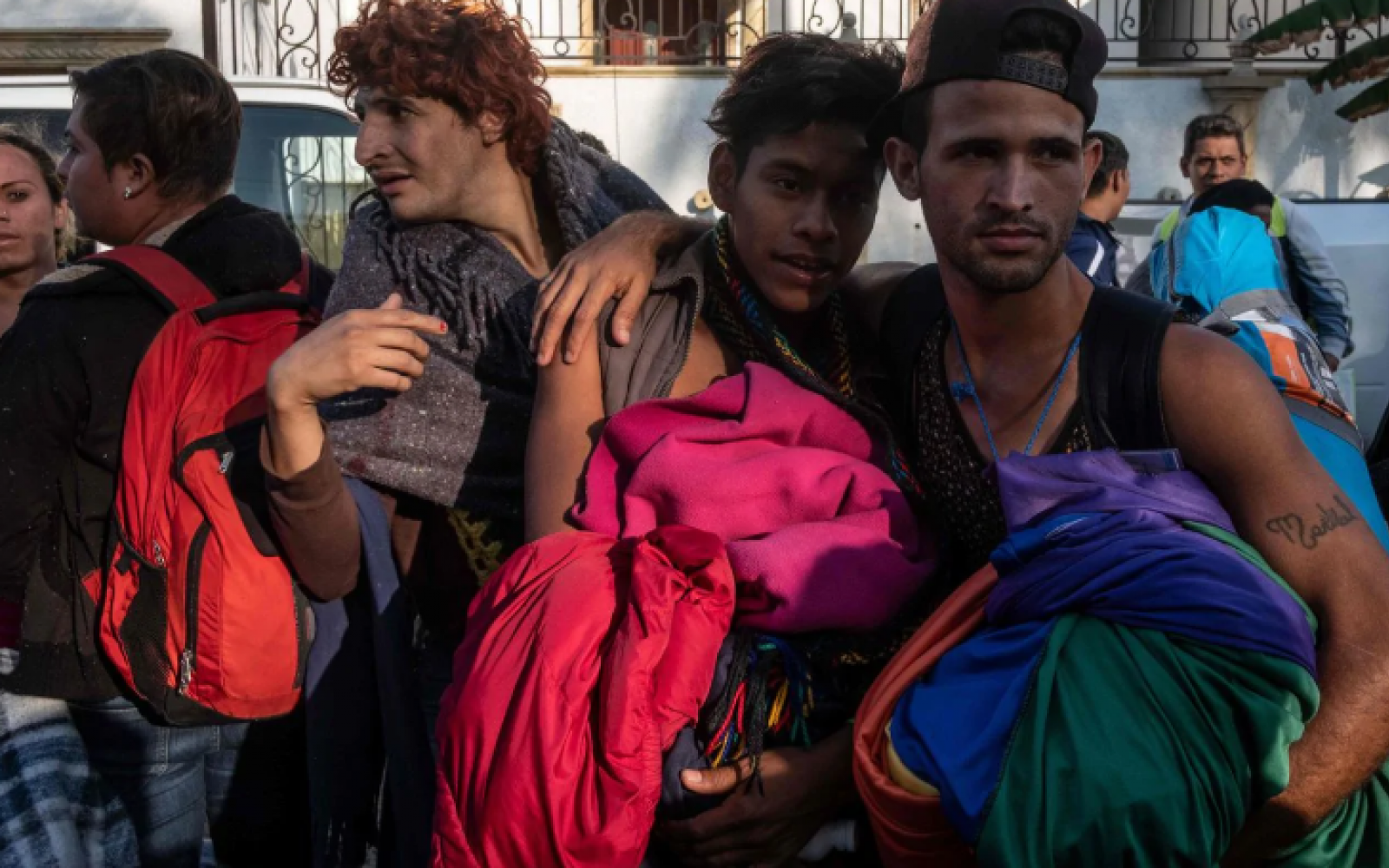 Transgender and gay migrants held at an immigration facility in New Mexico have been subjected to “rampant sexual harassment, discrimination and abuse,” advocates and lawyers claimed in a letter released Monday.

In the letter to immigration authorities and the warden of Otero County Processing Center in Chaparral, the American Civil Liberties Union of New Mexico and other groups said that some migrants were placed in solitary confinement — or threatened with solitary — after complaining about conditions.

Others who complained were allegedly reassigned to barracks with heterosexual men as a form of retaliation, according to the letter.

Immigration and Customs Enforcement did not immediately respond to a request for comment Monday.

In a statement, a spokesperson with Management & Training Corporation, the private company that operates Otero, said that it follows ICE’s transgender detainee guidelines and "is not aware of any incidents at the facility that even come close to these allegations.”

“And any implication that management was aware of any harassment or discrimination against transgender individuals or any other individuals is not true,” the statement says. “We have no evidence of rampant sexual harassment, discrimination, abuse, denying proper medical care to transgender detainees, and no evidence of retaliation and improper use of solitary confinement.”

The statement added that the company would work with ICE to evaluate the allegations.

The letter said it documented the experiences of 12 asylum seekers who the groups say fled persecution in their home countries.

A news release accompanying the letter said a 20-year-old gay man from Honduras was repeatedly groped when he was detained at Otero and asked to perform sexual favors in exchange for food.

“When I complained, I was thrown into solitary confinement for five days and threatened with further punishment if I complained again,” he said, according to the release.

A report published last year by the public policy research and advocacy group Center for American Progress found that even though few migrants who were held at federal detention centers are LGBTQ, they are 97 times more likely to be sexually assaulted than other detainees.

Rep. Kathleen Rice, D-N.Y., called reports of abuse at the time “shocking” and urged immigration authorities to find alternatives to detention for these migrants.

In a statement last year, an ICE spokesman said the agency has “zero tolerance for all forms of sexual abuse or assault against individuals in the agency’s custody, and we are committed to investigating and responding to every allegation of sexual abuse and assault.”