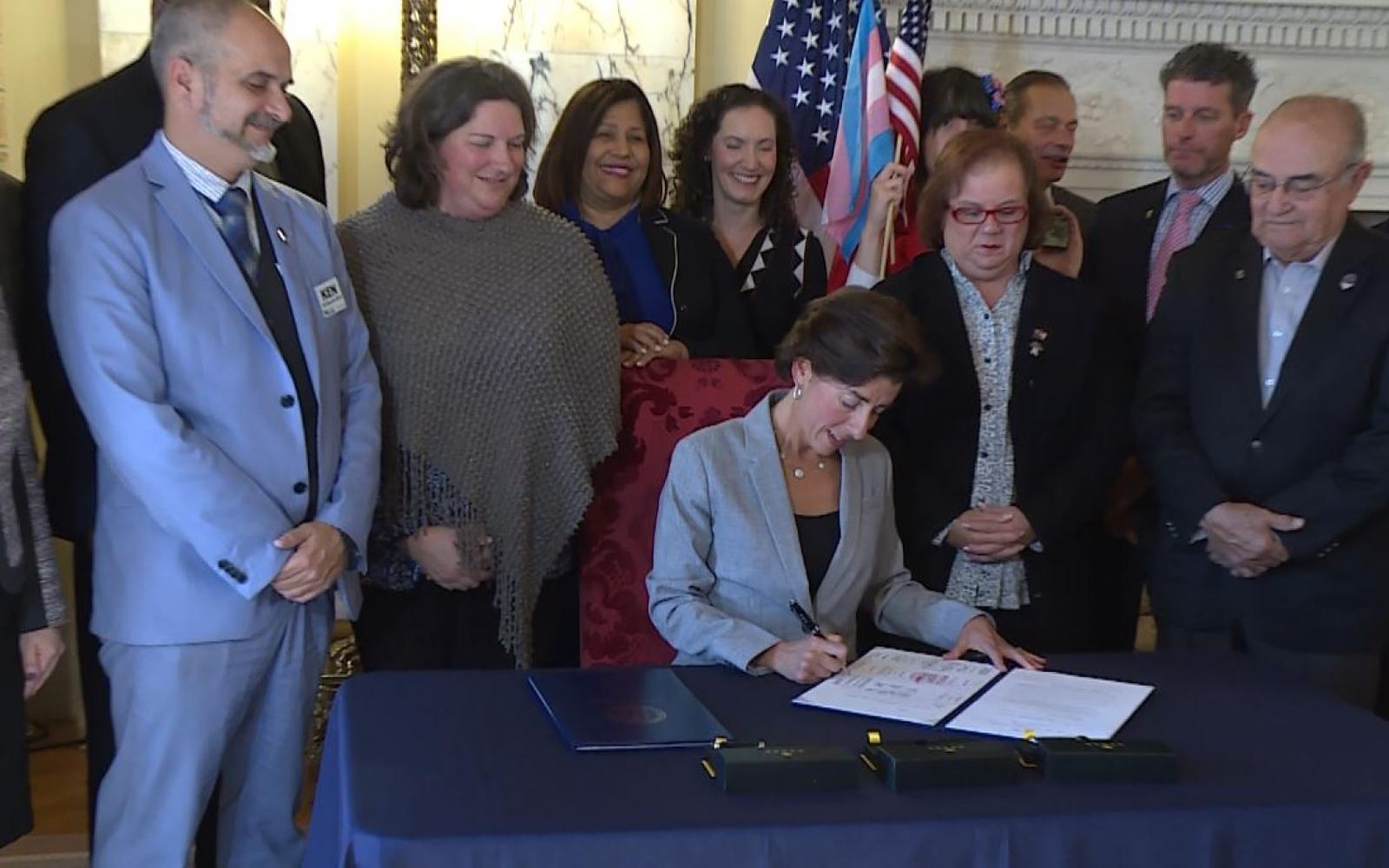 Raimondo ceremoniously signed legislation Friday that will extend veterans' benefits to gay or transgender veterans who were not honorably discharged.

"In the state of Rhode Island, if you're a veteran who's served, you oughta be eligible for veterans benefits that the state provides," said Raimondo.

It's estimated that more than 100,000 LGBTQ members of the United States military were discharged, dating back to World War II, with "dishonorable" or "less than honorable" discharges all over their sexual orientation.

"I saw firsthand the most dedicated soldiers hunted down by the very military they were serving in over rumors of being gay. Soldiers, that until that point, served honorably and diligently, tossed out on the street because of who they love," said veteran and RI Pride Vice President Operations, Ken Barber.

The law (2019-H 5443A, 2019-S 0837) will allow LGBTQ veterans to take advantage of benefits like health coverage, the ability to live at the Rhode Island Veterans Home, and the option to be laid to rest at the Veterans Memorial Cemetery in Exeter, RI.