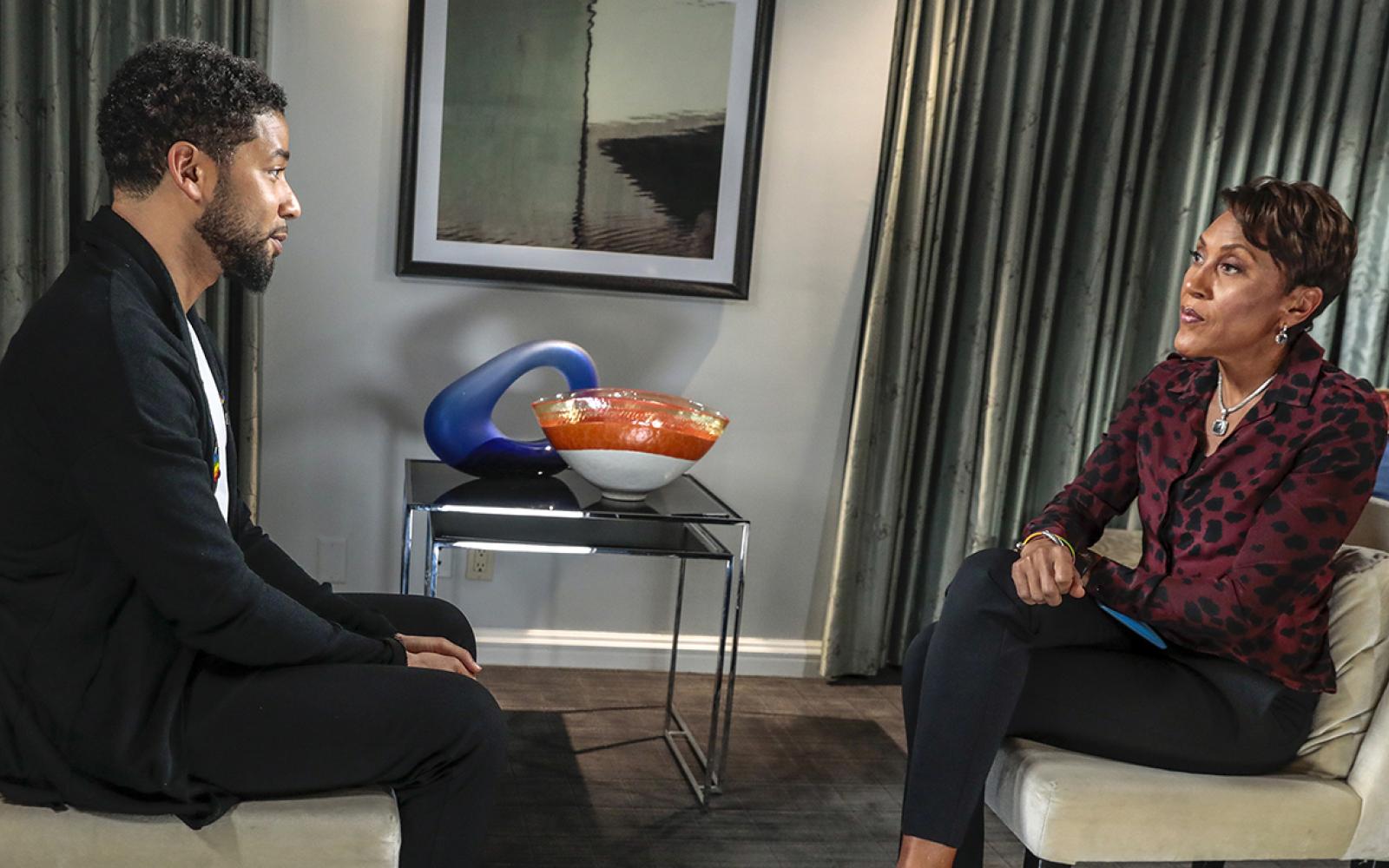 Robin Roberts is reflecting on her decision to interview Jussie Smollett.

The Good Morning America co-host sat down with the Empire actor on Feb. 12 to discuss the alleged hate crime against him. Just over a week later, he was arrested for making a false police report. (He maintains his innocence.) Roberts talked about how her interview came to be, including doubts she had about doing it in the first place, as well as the criticism she’s faced since it aired, describing it as a “no-win situation.”

“I’ll be completely honest, I was like, ‘I don’t know if I want to do the interview or not,’” the morning TV personality said during The Cut’s “How I Get It Done” event on Monday. “I said, ‘I don’t want to sit down with him if he’s going to lawyer up.’ And then I was told, ‘He wants to speak with you,’ [because] he was outraged by people making assumptions about whether it had happened or not.”

His handlers made it enticing, saying that the star would reveal new details about the so-called hate crime and Roberts was told she could challenge him about the “red flags” she saw in his story. “I’m like, ‘As a journalist, as a newsperson, this is newsworthy,'” she recalled. “He’s going to go on record for the first time. Yes, I’ll do the interview.”

On the day of the interview, it started two-and-a-half hours late. She tried to be as “neutral” as possible, saying, “I pride myself in being fair.” And Smollett was considered a victim at the time. However, she talked about challenging him, including when, after he said he “couldn’t believe people didn’t believe him,” pointing out, “Well, I go, ‘You’re out at 2 o’clock in the morning, you’re getting a sandwich, [and] you won’t give up your phone.’”

Roberts also said she felt pressure to represent the LGBT community during the sit-down. “I’m a black gay woman, he’s a black gay man,” she said. “He’s saying that there’s a hate crime, so if I’m too hard, then my LGBT community is going to say, ‘You don’t believe a brother,’ if I’m too light on him, it’s like, ‘Oh, because you are in the community, you’re giving him a pass.’”

She concluded, “It was a no-win situation for me.”

The interview aired two days later on Feb. 14 and by then the two Nigerian brothers — Olabinjo and Abimbola Osundairo — were in police custody and claimed that they were paid by the actor to stage the attack.

“People are looking at the interview through the eyes of ‘How did you not know?’” Roberts recalled. “I did the interview 48 hours before then. Had I had that information or [knew] what the brothers were alleging, heck yeah, I would have asked him about that.”

Smollett turned himself into police on Feb. 21. At the time, Roberts called it “a setback for race relations, homophobia, MAGA supporters. I cannot think of another case where there is this anger on so many sides, and you can understand why there would be.” The actor, who is out on bond, is set to appear in court on March 14.