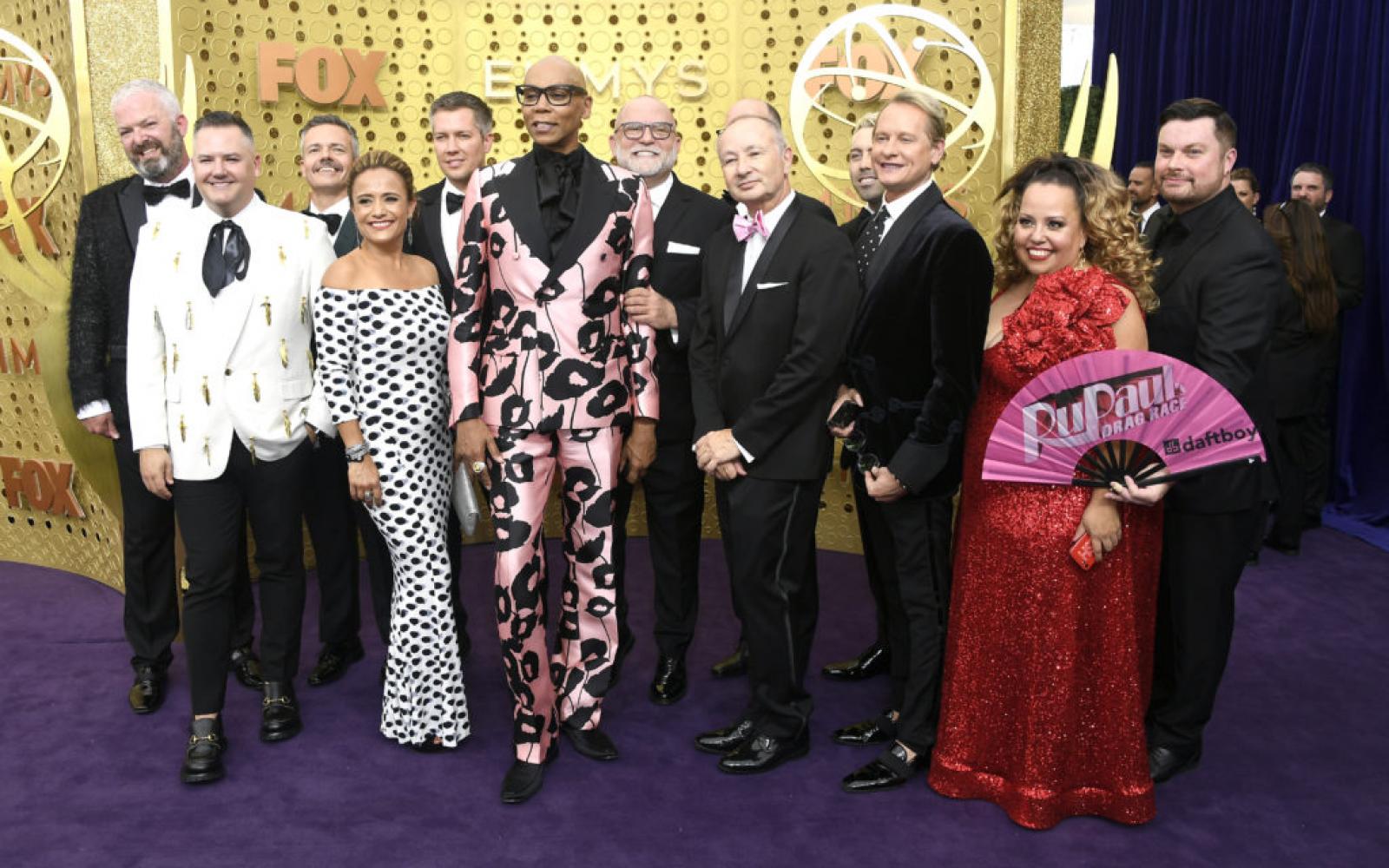 The competition show won the Emmy for outstanding competition program. The other nominees were American Ninja Warrior, Nailed It!, The Amazing Race, The Voice, and Top Chef.

RuPaul took the stage to accept the award. He had an important message regarding the upcoming election.

“I’m definitely not going to talk about politics itself, but I will encourage people to go and register to vote, I think that’s the least we can do with our show,” RuPaul said during an Emmy press conference.

He continued, “You know, our television show really is about the freedom of expression and love and colors and music and movement and it does sometimes feel like those things are going away. We feel it is our duty to at least show young people how to preserve that great tradition.”

Many noticed that the team behind the reality show looks very different from the community it centers. They tweeted about it during the show.

“There are no Black people on that stage with RuPaul. #Emmys,” one person tweeted. Another tweeted, “Every single person behind Rupaul on that stage is white. On. Brand.”

Journalists also noticed the race of the staff that night. Danielle Young of Essence asked the host about this in the Emmy press room.

When asked if it was important for there to be diversity behind the show as well the host answered, “Well, first of all the host of our show is Black, gay, and a drag queen so check, check, and check! But we’re pretty diverse, there’s lots of different types of people here.”

The host continued, “Is it important? Absolutely!” He eventually added, “It wasn’t easy getting here. You know what I had to do.”

The show has previously gotten backlash related to diversity

This isn’t the first time RuPaul’s Drag Race has been called out when it comes to race despite its host. He clashed with The Vixen who wasn’t getting along with white cast members. The Vixen voiced her concern at how she was being treated differently from them.

“Everybody’s telling me how I should react but nobody’s telling her how to act,” said The Vixen according to Them. The Vixen then decided to leave the show. Asia O’Hara defended The Vixen and RuPaul responded with, “Look at me, damn it, I come from the same place she does.”