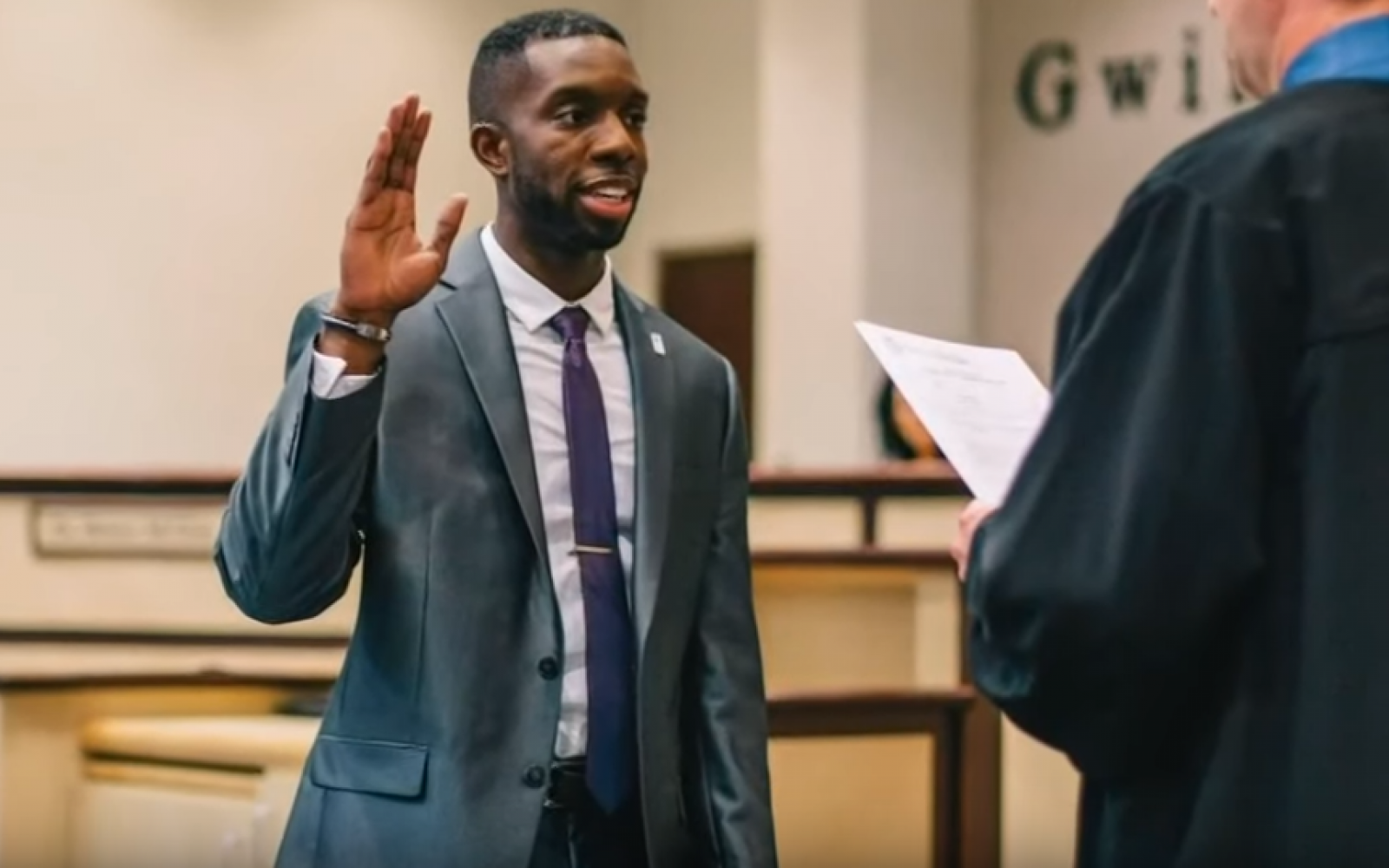 Gwinnett County Board of Education District IV representative Everton Blair came out publicly on National Coming Out day via a post on his personal Instagram.

Blair, a 2009 graduate of Shiloh High School, was already the youngest and first black person to be elected to the Gwinnett County Board of Education. He's now the first openly LGBTQ member of the school board.

Blair, who was elected in 2018, is one of several LGBTQ elected officials holding public office from Gwinnett County. Ben Ku, who is both the first Asian-American and the first openly gay person to serve on the Gwinnett County Board of Commissioners, elected last year. Sam Park, a state representative from Lawrenceville, won office in 2016 and became the first Asian-American Democrat and first openly gay man elected to the state legislature.

Blair said he kept a low profile on the campaign trail last year for discretionary reasons, but also never found his affiliation with the LGBTQ community pertinent to discussions of policy regarding education in the months leading up to the election.

"I wanted to (come out) in a way the encourage a lot of positive reflection," Blair said. "When I was running, it never came up. It was kind of a personal way I had been living my life, to share openly and honestly with friends and family, but wasn’t something I would particularly experience having to share with strangers."

Blair's decision stems from his desire to stand with of LGBTQ students in the Gwinnett County school system. He almost made a decision to come out in March after reports surfaced of Shiloh Middle School — a school in Blair's own district —  teachers teasing an LGBTQ student in class.

Ultimately, he decided not make one student's pain about himself, but it was an important moment of reflection for Blair.

"No one should suffer any bullying or stigma on the basis of who they are," Blair said. "There are too many leaders who are complicit or not standing firmly enough against the values we don’t want to see."